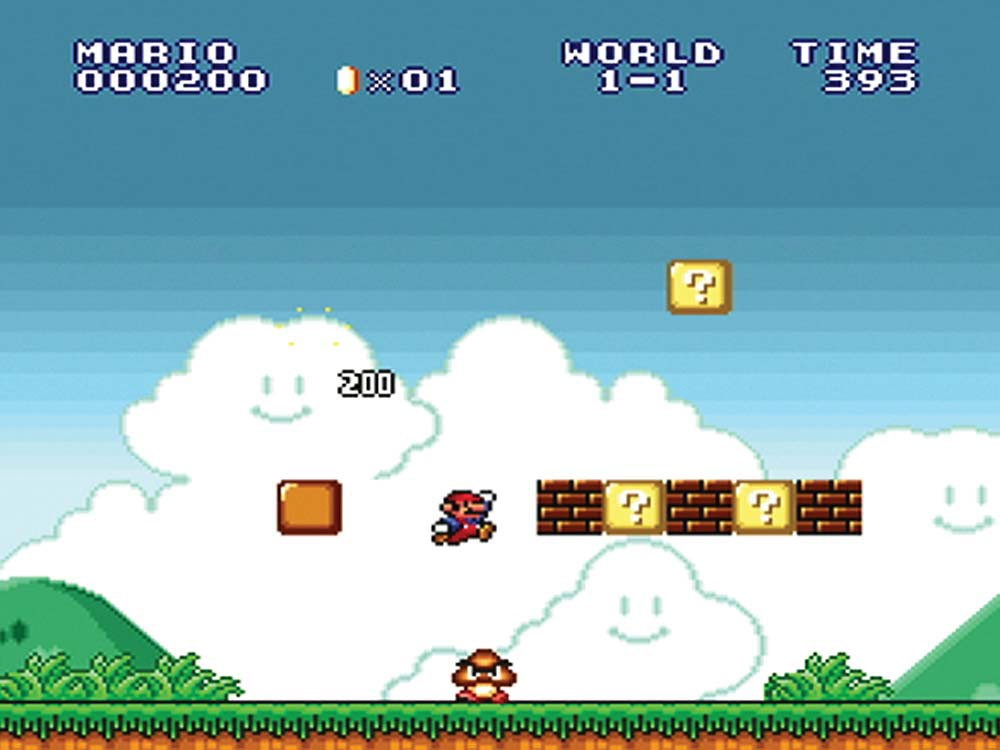 When evil mushrooms were the worst of videogame villains.

Super Mario Bros. was the first thing I ever saw blow up. In 1985, when I was 10, the Nintendo Entertainment System, packaged with Super Mario Bros. and Duck Hunt, was advertised on TV. Suddenly it was everywhere. Every kid had one or was playing with someone who had one. Playground conversation veered towards how to trap the turtle for infinite lives. Shouts were exchanged over whether or not someone had found the game’s hidden passages on their own. p>

And the Mario effect has lasted for generations. I’ve watched my friends’ children get annoyed by the exact same jumping puzzles that tormented me. Recently, when I asked an 8-year-old what game was in her blue DS, she answered “Mario.” It started here and has never ended.

I played Super Mario Bros. 2 with my friend Jessica. She had a subscription to Nintendo Power — the magazine that unlocked the secrets that lay deep within the most treasured Nintendo games. And Super Mario Bros. 2 is an easy game to treasure. I was able to play as Mario (of course) while Jessica opted to float through the game as Princess Peach. She was always better than I was at pulling up the vegetables that grow throughout the game and flinging them at our enemies. I was a better jumper, and I remember turning from the TV to see Jessica with the Nintendo Power turned on its side like a centerfold as she attempted to navigate me out of a vertically inclined level.

I stole Super Mario Bros. 3 from Troy, and for that I’d like to apologize publicly. I borrowed his copy shortly after he had mastered the game, and I never gave it back. His name is still engraved in Sharpie on the back. Super Mario Bros. 3 inspires cultish devotion among some gamers. I think there are some people who only play that game. If you want to be inflammatory, stand in a group of Super Mario Bros. 3 addicts, or any semi-serious Nintendo fans, and declare that the Tanooki Suit is inferior to New Super Mario Bros. Wii’s Penguin Suit. You’ll be wrong, and someone will let you know it.

But my favorite Mario game of all time is the true sequel to the original.

Developed and marketed in Japan as Super Mario Bros. 2, the game was declared too difficult for clumsy and dull-witted American children. Having dominated the U.S. videogame market, the Japanese company Nintendo didn’t want to annoy their new audience. So they locked the game away in a vault and gussied up an imposter (released as Super Mario Bros 2 in this collection and elsewhere in America). The original resurfaced as Super Mario Bros.: The Lost Levels. Easily the most devious Mario ever designed.

THE BAD: Since it is a “Limited Edition,” this Wii version of Super Mario All-Stars has already sold out and is now enjoying a healthy and not-too-high-priced run on the collectibles market. But the same games are also available individually (and slightly cheaper) on the Wii’s Virtual Console, so there’s no reason to miss this if you like Mario.

THE BOTTOM LINE: Absolutely all stars.