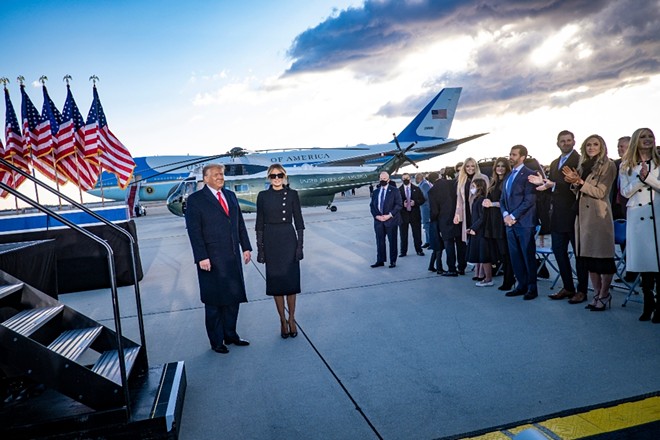 WASHINGTON — The Supreme Court on Monday rejected a last-ditch attempt by former President Donald Trump to shield his financial records, issuing a brief, unsigned order requiring Trump’s accountants to turn over his tax and other records to prosecutors in New York.

The case concerned a subpoena to Trump’s accountants, Mazars USA, by the office of the Manhattan district attorney, Cyrus Vance Jr., a Democrat. The firm has said it will comply with the final ruling of the courts, meaning that the grand jury should receive the documents in short order.

Under grand jury secrecy rules, it would ordinarily be unclear when, if ever, the public would see the information. But The New York Times has obtained more than two decades of tax return data of Trump and his companies, and it recently published a series of articles about them.

The scope of Vance’s inquiry remains unclear. It arose partly from an investigation by his office into hush-money payments to two women who said they had affairs with Trump, relationships the president has denied. But court filings by prosecutors suggested that they are also investigating potential crimes like tax and insurance fraud.

In July, the Supreme Court soundly rejected Trump’s central constitutional argument against the subpoena — that state prosecutors are powerless to investigate a sitting president.

The majority gave Trump another opportunity to challenge the subpoena, on narrower grounds.

“A president may avail himself of the same protections available to every other citizen,” Chief Justice John Roberts wrote. “These include the right to challenge the subpoena on any grounds permitted by state law, which usually include bad faith and undue burden or breadth.”

Trump did just that, but his arguments were rejected by a trial judge and a unanimous three-judge panel of the federal appeals court in New York.

Trump’s lawyers then filed an “emergency application” asking the Supreme Court to intercede.

“Even if the disclosure of his papers is limited to prosecutors and grand jurors, the status quo can never be restored once confidentiality is destroyed,” the brief said. “But the harm will be more than irreparable if the records are publicly disclosed. It will be case-mooting — the strongest possible basis for a stay.”

In response, Vance’s lawyers pointed to the Times articles. The cat, they said, was out of the bag.