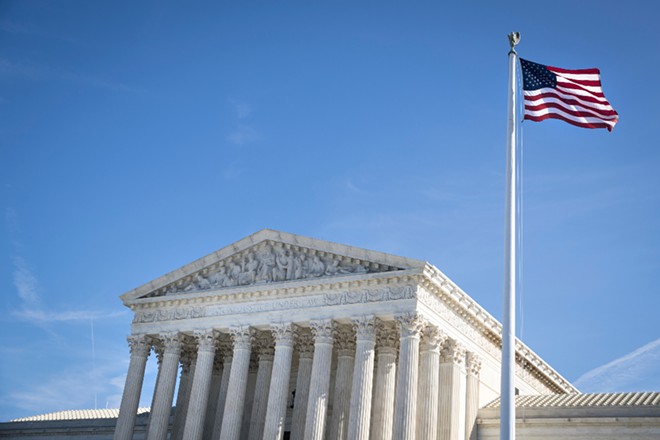 WASHINGTON — The Supreme Court said Monday that it would not hear a closely watched case on whether cities can make it a crime for homeless people to sleep outdoors.

The case was brought by six people in Boise, Idaho, who said a pair of local laws violated the Eighth Amendment’s prohibition of cruel and unusual punishment. One prohibited “camping” in streets, parks and other public property. The other prohibited “lodging or sleeping” in any place, whether public or private, without the owner’s permission.

A three-judge panel of the 9th U.S. Circuit Court of Appeals, in San Francisco, ruled for the plaintiffs and struck down the laws, saying the Constitution does not allow prosecuting people for sleeping outdoors if there is no shelter available.

The Supreme Court typically understands the Eighth Amendment to address acceptable punishments rather than what conduct can be made criminal. But in 1962, it struck down a California law that made being a drug addict a crime on Eighth Amendment grounds.

Relying on that decision and quoting from an earlier 9th Circuit ruling, Judge Marsha Berzon, writing for the panel, said “the Eighth Amendment prohibits the state from punishing an involuntary act or condition if it is the unavoidable consequence of one’s status or being.”

“As long as there is no option of sleeping indoors,” Berzon wrote, “the government cannot criminalize indigent, homeless people for sleeping outdoors, on public property, on the false premise they had a choice in the matter.”

“Under the panel’s decision,” Smith wrote, “local governments are forbidden from enforcing laws restricting public sleeping and camping unless they provide shelter for every homeless individual within their jurisdictions. Moreover, the panel’s reasoning will soon prevent local governments from enforcing a host of other public health and safety laws, such as those prohibiting public defecation and urination.”

In their petition seeking Supreme Court review in the case, City of Boise v. Martin, No. 19-247, lawyers for the city said the appeals court had heedlessly created a new right not grounded in the Constitution.

The petition attracted some 20 supporting briefs, many from cities, counties and states.