Survival of the Fittest

Lindsey Buckingham beat the odds and is still making music. 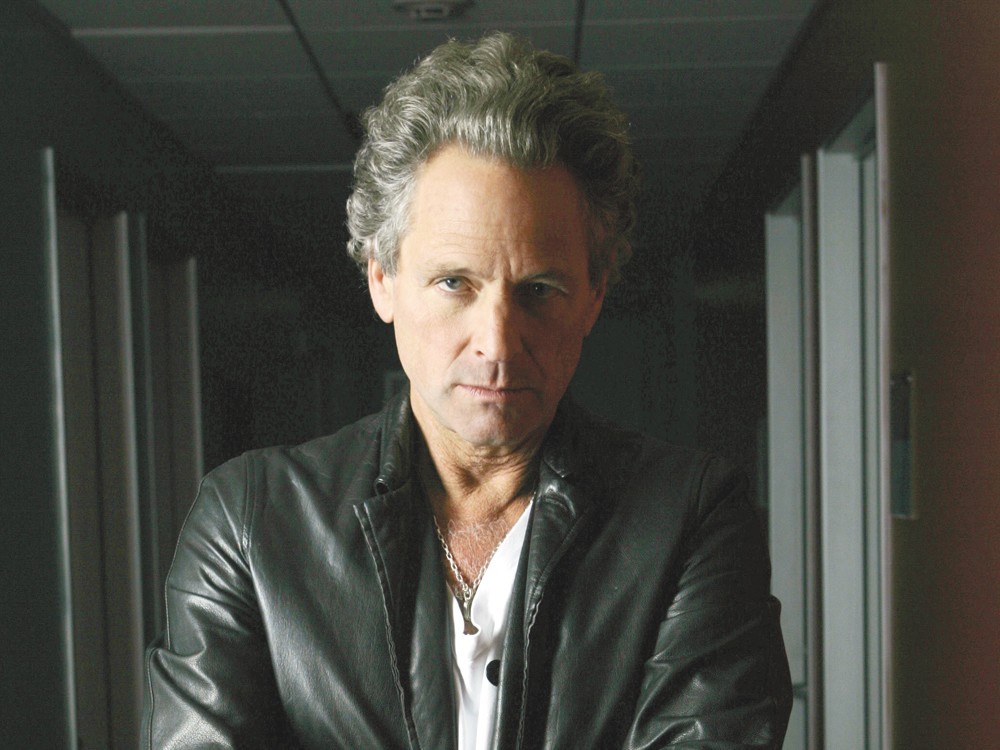 From the beginning, Lindsey Buckingham seemed destined to ascend the throne of rock stardom. In the late 1960s, the already talented guitarist’s first band Fritz — for whom he’d recruited a gorgeous young singer named Stevie Nicks — was opening for the likes of Jimi Hendrix, Janis Joplin and Creedence Clearwater Revival at all the hippest Northern California music halls. When Fritz broke up, Buckingham and Nicks got together, both musically and romantically, sticking it out through some lean times and eventually signing with Polydor Records for a self-titled 1973 LP. The record flopped and the pair were subsequently dropped from the label, but it wasn’t all for naught.

Drummer Mick Fleetwood — founding member of London blues-rock veterans Fleetwood Mac — was in Los Angeles scouting studios in late 1974 when producer Keith Olsen played him “Frozen Love,” a track he’d recorded with Buckingham-Nicks two years prior. It was a moment that would forever change the course of the band and the lives of all those involved. Fleetwood loved the guitar work on the song, and on New Year’s Eve he asked Buckingham to join the band. Buckingham — true to Nicks, who’d waited tables at a Bob’s Big Boy so he could stay home, write and hone his guitar chops — said that he and Nicks were “a package deal,” that he’d only join if she could, too. Mick accepted the conditions and before the year was out, the all-new Fleetwood Mac’s eponymous record had climbed to No. 1 on the Billboard charts.

But as soon as this astounding success had arrived, the foundation of Buckingham’s new palace was shaken. The confessional songwriter was headed down a paradoxical path, bound to suffer for his art, which would move the masses as the heart on his sleeve fractured under suffocating weight. Toward the end of 1975, as sessions began for Fleetwood Mac’s next record, the now legendary Rumours, Buckingham and Nicks were breaking up, badly. To add to the tensions, so was the band’s other couple, John and Christine McVie. And it probably didn’t help that drummer Fleetwood was having an affair with Nicks as his own marriage, to model Jenny Boyd, was on a crash course for divorce. But out of the pain and confusion of this time was born a masterpiece — one of the biggest selling, most enduring albums ever recorded, which, to date, has sold more than 40 million copies worldwide. Along with McVie’s optimistic “Don’t Stop” and Nicks’ wounded, hypnotic “Dreams,” Buckingham’s pot-stirring kiss-off “Go Your Own Way” was one of the album’s most memorable tracks.

In the wake of Rumours, Buckingham stuck it out with the band for 10 more mind-boggling years of chaos, excess and anxiety, somehow making some great records in the process, including the critically revered, noticeably minimalist, punk-and New Wave-influenced double-LP, Tusk. The first of Buckingham’s six solo albums, Law and Order, arrived in 1981, and soon thereafter he became a go-to artist for blockbuster-movie soundtracks, penning “Holiday Road,” the theme from classic 1980s comedy National Lampoon’s Vacation, and placing his sultry track “Time Bomb Town” in Robert Zemeckis’ Back to the Future. With Buckingham’s penchant for catchy, cinematic songcraft, the role was a natural fit.

Though the singer/guitarist has been bonafide pop-rock royalty for decades, his output has been uneven, both with Fleetwood Mac and as a solo artist. Part of the problem is that Buckingham has always been either the beneficiary or victim of the hottest new production techniques, which means his work can sound horribly dated. Just as often, though, his poetic lyrics and understated musicianship transcend whatever era he’s recording in.

Buckingham’s latest album, 2011’s reflective yet rocking Seeds We Sow, finds the 62-year-old artist exploring the depths of quiet after the storm of a life intensely lived. The breathtaking, classical-guitar-anchored title track cascades like a waterfall — stark, vulnerable, wide open. It’s some of the best picking he’s laid down since Rumours’ “Never Going Back Again.” On “In Our Own Time,” he keeps it fresh, channeling experimental indie rockers Animal Collective on the song’s prog-y chorus, and the tender “Rock Away Blind” is the perfect showcase for Buckingham’s moody tenor. Though lushly produced, the material on Seeds We Sow feels tailor-made for a solo acoustic reading, which is exactly what Buckingham’s got planned for his upcoming show in Spokane: an intimate evening focusing on what has always mattered most, especially amidst all the incendiary drama — the songs.