She has an effortless sense of humor and speaking with her seems more like catching up with an old best friend. It might not be what you'd expect from the 33-year-old, Pulitzer Prize-nominated and MacArthur Foundation "genius grant"-winning writer.

In May, the Florida native and author of this year's Spokane is Reading book selection, Swamplandia!, moved across the country to make roots, for now, in Portland. From there, she jokes over the phone about horribly mispronouncing the names of Northwest locales, like Deschutes and Willamette, and how the region's forested, mountainous landscape is so starkly different than the Southeastern coast.

"I really don't have any direct experience with the landscape [here], but it has a dream-familiar feeling," Russell says, joking, "We didn't have real forests in Florida. We have the stand-up comedian of trees, the palm tree."

When asked about being named a finalist for the 2012 Pulitzer in fiction for her debut novel, Swamplandia! (a most unusual year in which no winner for fiction writing was chosen), Russell still seems sincerely stunned she was even short-listed for the prestigious honor. 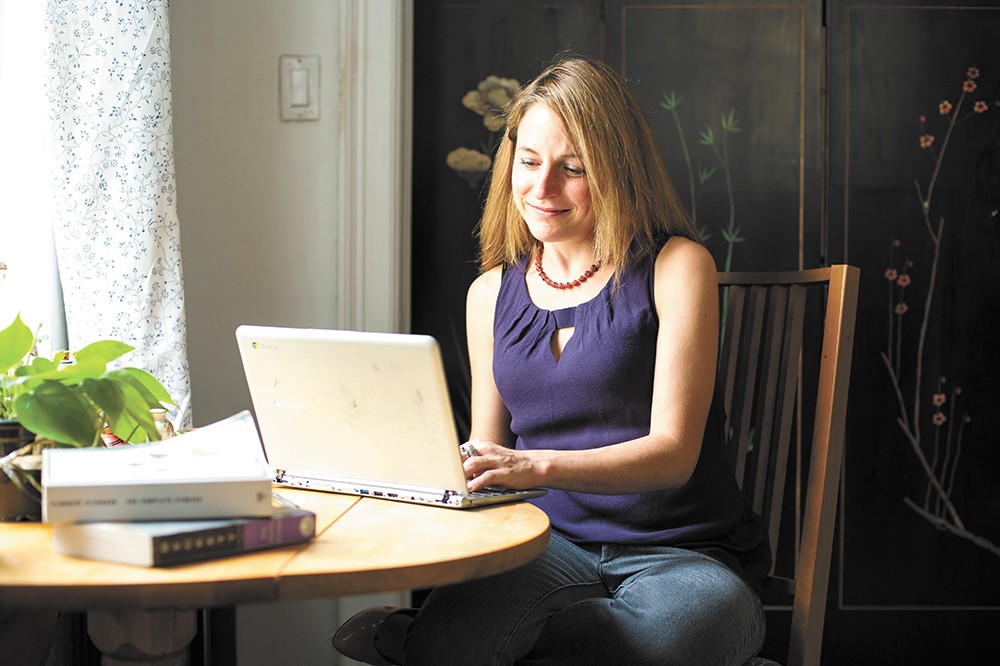 "That was already so far beyond my wildest expectations of what was possible," she says. "I really was just honored and moved by the vote of confidence by the jurors. It's a shame there was so much confusion about it... but the real truth is that it was so far beyond what I thought possible, it was hard to feel anything but grateful and astonishment that bordered on suspicion — it was unbelievable to me."

Russell's Swamplandia! was chosen as Spokane is Reading's 2014 selection

for the wide appeal of its fantastical tale about three quirky siblings who lose and rediscover themselves in the almost otherworldly setting of the southern Florida swamps.

Each year when program organizers — staff at the Spokane Public and County Libraries, along with Auntie's Bookstore — start the quest to find an author to highlight, they consider several characteristics, including but not limited to a book with strong characters, setting, story and language.

The featured author must also be able to travel to Spokane for a public presentation. To ensure that a majority of residents haven't already read it, the book should also be fairly recent; the underlying goal of the program is to encourage Spokane adults to read, says Eva Silverstone, communications manager for the Spokane Public Library.

Swamplandia! was a standout novel to organizers like Silverstone, who touts Russell's beautiful prose, complex characters and the evocative setting of the Florida swamp.

The novel follows the Bigtree family children, Kiwi, Osceola and Ava, as they struggle to cope with loss of their mother — a famous alligator pit swimmer — to cancer. The trio are also forced to reckon with their family's alligator-wrestling theme park, Swamplandia!, succumbing to a forgotten fate as a modern, mainland amusement park scoops up its tourist base.

Swamplandia!'s murky swamp setting is a character of its own. Throughout the novel, mostly narrated by 13-year-old Ava Bigtree, Russell weaves her characters' stories in with an allegorical tale about humans' attempts throughout the past hundred years to make the Florida Everglades' farmable and liveable, destroying its natural characteristics in their wake.

Most of Russell's stories begin with setting

, such as Swamplandia!'s locale of Florida's Ten Thousand Islands.

"A lot of writers begin with character, but I always begin with place, for whatever reason," she explains. "It will just be some setting that I feel a weird magnetism to, even just in my imagination. It really makes sense to think of setting as a character, because it just doesn't drive the plot, it shapes the people and limits what is possible or impossible."

Though she grew up in Miami, Russell's family spent a considerable amount of time in the Everglades during her youth, and she recalls realizing humans' effect on the natural swamplands at a young age.

"I think some of the impulse to write this at all must have come from a really queasy horror I felt when I was about Ava's age, watching the velocity of change," she says. "We would go camp in the Everglades, and we saw the consequences of our water policy and the urban development. Without being too political about it, I wanted to acknowledge history of human use and the cultural shift of considering it a wasteland where nothing could grow. I wanted to embed a sense of what had been lost and what is being lost now, because it's pretty tragic."

And while Swamplandia!'s world of alligator-wrestling children and its muggy, bug-filled swamp lifestyle may seem ultimately foreign in comparison to the high, evergreen mountains of the Northwest, Russell hopes readers are able to see the beauty of her homeland.

"I hope people visit Florida even though it's a sort of whacked-up book," she laughs. "It's worth going to the Everglades because there's nowhere like it. [Swamplandia!] is the idea of home — the longing for home — because that is universal wherever you go." ♦

Speaking of Spokane Is Reading