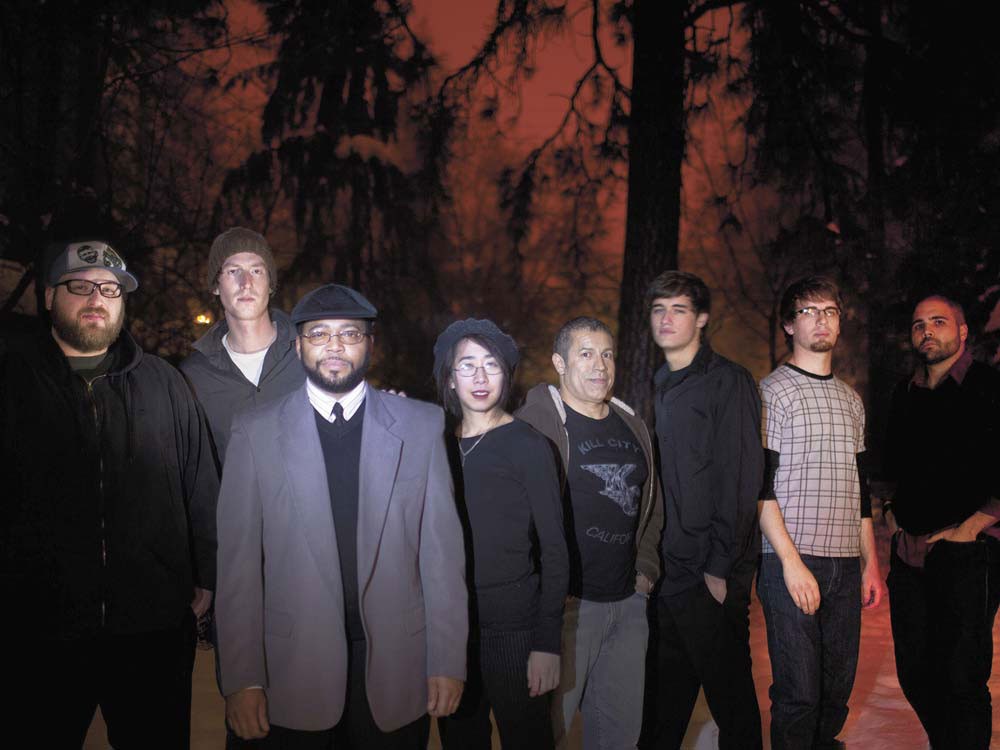 He learned to breakdance in grade school. While his classmates played hopscotch and basketball at recess, Isamu Jordan and his friends laid out their cardboard for a throwdown. As a product of the 1980s, his pop culture icons revolved around Yo! MTV Raps and artists like Prince and Michael Jackson.

“We all danced, we all rapped back then,” Jordan says. “For the longest time we’d freestyle over audio, over that same three-minute instrumentation for hours just freestyling to that beat.”

Jordan’s now far removed from those glory days when he first discovered performance art. His musical roots grew, expanding across spoken poetry, musical journalism and rapping. And at the center of it all is a passion for the performance.

“Performance has always been a part of the culture,” Jordan says. “I don’t know if that’s true anymore. I don’t see performances as much as I used to.”

The stage show is just as impressive as the lineup. The group’s solid hip-hop beats marinate in the full ensemble of instruments, creating both a visually complex live performance and a musically buoyant show. As an emcee, Jordan’s flow drips smoothly and sweetly but hardens lyrically — smooth caramel turns to bittersweet candy — with dense subject matter and cultural commentary. Themes of religion, black culture and education weave in and out of the groove his band creates.

“I write about what I know, what I’ve been through and what I observe,” he says.

The band claims everything from electronic to funk to R&B as influences and finds comfort in the stylistic sampling.

“A hip-hop band with live instruments is such a rarity,” he says. “I refer to what the Spiders do as organic hip-hop because it’s live instrumentation led by an emcee with an emphasis on the performance.”

The Flying Spiders are the newest addition to the local hip-hop scene (having only played three shows) — a small and struggling scene Jordan has been involved with since 1996.

“I don’t think hip-hop is different than any other genre in Spokane,” he says. “It’s gonna be a struggle, and it’s been a struggle. But Spokane needs to hit people over the head and let them know that what’s happening out there is substantial. People don’t just assume there’s good music out there.”

Jordan says it’s not feasible (or desired) for the Flying Spiders to saturate the music scene. They can’t play every week, much less every month — there’s just too damn many of them.

“We’re not looking for any niche or space to occupy,” he says. “The strength of this band is it has a lot of versatility and it’s not confined to any corner.”

Their unique style of hip-hop occupies its own space here, in between the cobwebs and the cracks. But pretty soon people will take notice.

“Spiders have a presence that provokes a response,” Jordan says.