How Haley Young, a Spokane-based hair stylist and singer, fell into writing tunes for TV shows 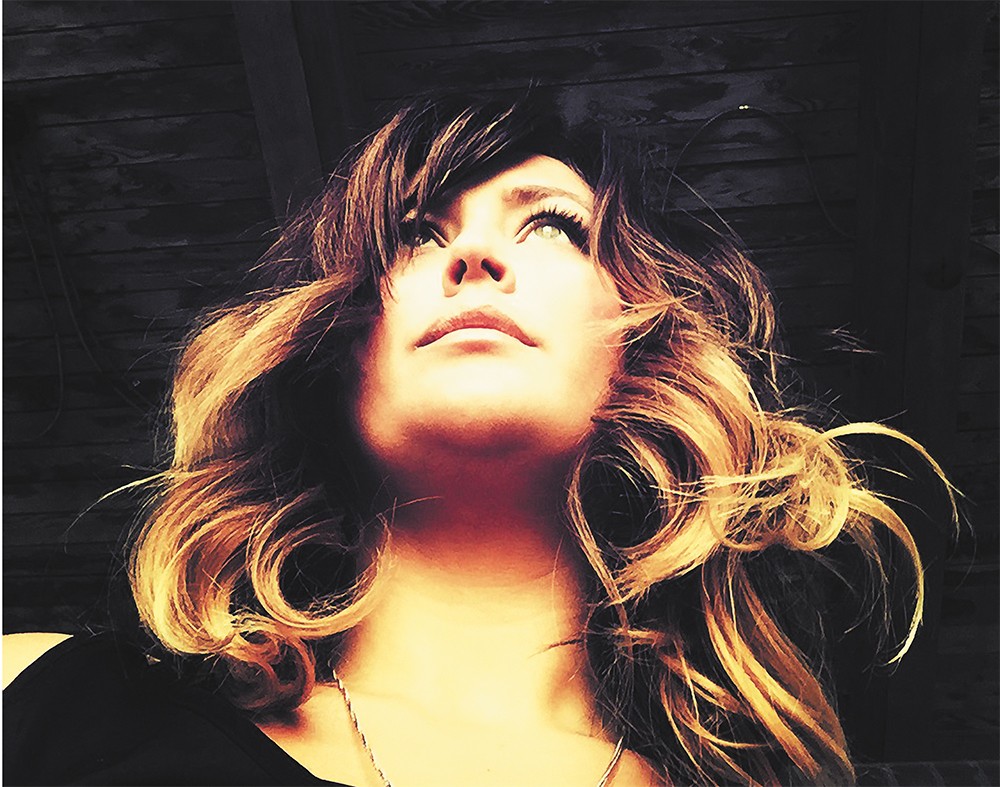 Haley Young and writing partner Jay Condiotti play covers and originals all over Spokane as a duo and with multiple bands.

Her performance is canceled tonight,

but not everyone got the Facebook event message. Throughout our interview, people keep wandering through the Saranac Commons expecting to hear Haley Young sing. She chats with her uninformed fans, apologizes profusely and thanks them for coming out to support her. She knows these folks from her volleyball league, or from styling hair. They'll all have to come to her next show, she says.

In Spokane for 12 years now, Young seemingly knows everyone in the room, whether they were here for her show or not. With voluminous brunette curls, bright green eyes and an easy smile, she lights up a stage. But it's only in the past few years, specifically the past year, that music has become a main part of the 31-year-old's life.

Unlike most local musicians who make money performing or teaching music, Young has recently fallen into publishing music. Of her first two published songs, co-written with Jay Condiotti, one was picked up for a spot on Amazon's original series Hand of God and the other was on BBC's Orphan Black. It was only a few years ago that she first sang somewhere other than in front of a church (although she did audition for American Idol as a teen). And then, the right people listened.

Three years back, the First Friday entertainment had canceled at the hair salon where Young worked. Two hours before guests were due to arrive, she volunteered to sing, enlisting her mother's help as accompanist.

"In that moment, I figured I had nothing to lose," Young recalls.

The one performance led to gigs with local musician Dan Conrad — who heard Young belt out her heart that night — and Conrad's band the Urban Achievers. After two years with Conrad, Young stepped away to focus on her hair business (she owns a chair at Be Loved Salon). In her first show back at Zola, Condiotti, a music writer and producer visiting from L.A., was in the audience. In awe of Young's soaring vocals, he reached out immediately and invited her to sing on a commercial recording he was making in Spokane.

"I needed a singer and I was planning on using someone from L.A.," Condiotti says. "She was really good. She did an amazing job."

On a whim, Condiotti moved to Spokane. Already established in the L.A. music scene, he says he decided he could work from anywhere. After two more recording sessions with Young, he casually asked her about songwriting. She had notebooks and sticky notes and voice recordings full of songs all over her house, but she'd never shown them to anyone. Facing her fear, Young came in with a verse, which went on to become their first song (written along with Jason Lucas), "VooDoo Doll." Last year she signed a contract with Crucial Music, a music library company in Los Angeles that facilitated their songs' sale.

Crucial Music operations manager Dan Waldkirch says that the decade-old company takes only 10 percent of all submissions. Currently their roster runs between 2,000 and 3,000 musicians, with Condiotti being one of their first artists and Young one of their newest.

"We're looking for great productions and performances. We're always looking for a strong vocal hook," Waldkirch says. "Anyone can go on our website and submit, but the hard part is to get your music sounding good enough for us to take it."

Once a song is selected and catalogued, music supervisors for TV networks and films select what they want. Fifty percent of the revenues go to Crucial, the other 50 percent to songwriters.

"People told me I needed to be careful, I'd just met Jay and was signing contracts," Young says. "But in my short time doing music, I know that Jay is a tender, pure heart. I'm nice, but not naïve. It's easy making music together and what we're doing, I want to keep doing a long time."

Young says her voice is husky and soulful because it's always sounded that way — even when she was 4 years old and singing "God Bless America" in front of her parents' congregation.

"I didn't know there was other music besides gospel," Young says. "When I was young, people said I sounded like I was trying to be black. What does that mean? I have a specific genre of music I can just feel in my soul. My singing is one thing that just comes naturally."

Her parents were nondenominational missionaries, bouncing between Oregon, Las Vegas and finally, Chattaroy. Young attributes her friendliness to always having to meet new people. But Spokane is now the place she wants to stay — doing hair, singing and writing.

"Spokane is my home," says Young, who's married to KXLY reporter/weekend anchor Aaron Luna. "This place is on the brink of blowing up artistically, and I want to be here when it does."

Young admits she is insanely busy with work and music. She says she doesn't have time to run a social media page or website for her music. For any performance gig she's offered, from bars to high-profile local charity dinners, people hear about her through word of mouth. She often has to say no.

"People ask me, 'Why you? You haven't done this long.' And the true, honest key is fueling what makes your soul happy," Young says. "You can't want to be famous. You find that inner love. It's talent mixed with your attitude and meeting the right people. At this point, it wouldn't matter what I did. I'm feeling so blessed." ♦

Haley Young and the Bossame play every Wednesday night at Zola.