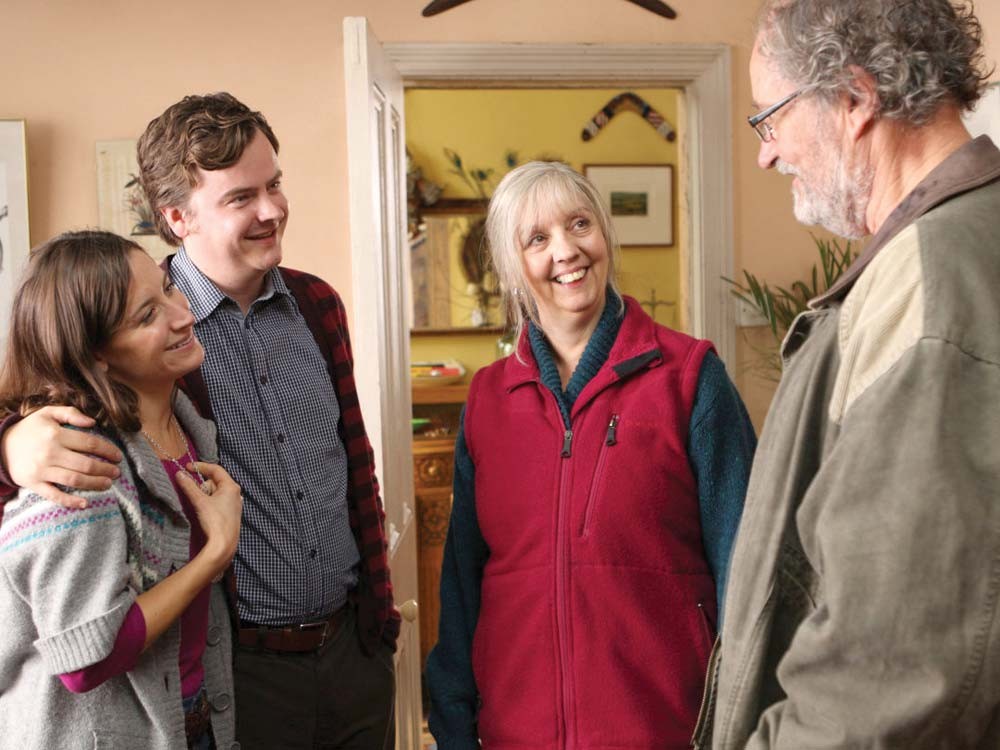 It's time to talk.

As fans of Mike Leigh's films know, what you most often get is a lot of talk and very little action. And that’s fine, because the talk among his characters — all of them caught up inexorably in the thing we call life — is so intimate, interesting, fascinating, there’s no need for much to actually happen. The words are usually enough to keep you rapt.

Another Year, Leigh’s most perfectly titled film, draws us in by making us feel better about ourselves. But it’s done harshly, initially introducing us to the sad, depressed, defeated Janet (Imelda Staunton), telling her doctor all she needs is something to help her sleep. But we intuitively know she needs more than that. As do all of the unhappy people in the film.

But before meeting them, we’re treated to the opposite: the splendidly happy, longtime married couple of Tom and Gerri (Jim Broadbent and Ruth Sheen). They garden together, fix meals together, chat together, sit in blessed silence together. Their only incompatibility is that he drinks red wine and she drinks white. They’re loving and content, and they maintain an air of calmness.

The same cannot be said of the friends and acquaintances who visit their home. Mary (Lesley Mannville) is a secretary at Gerri’s therapist practice. She’s a naturally chatty bundle of nervous energy. But give her a glass (or four) of wine and she opens up, launching into a litany of everything that’s gone wrong: a divorce, a bad affair with a married man, lack of money, loneliness.

Then there’s big, fat, beer- and wine-swilling, cigarette-smoking Ken (Peter Wight), an old pal of Tom. He’s directionless, tired of working, tired of being alone, sad that his youth is long gone.

Thank goodness that Tom and Gerri also get visits from their son, Joe (Oliver Maltman), a relaxed, easygoing fellow who one day surprises them with a cheery new girlfriend, Katie (Karina Fernandez).

But moods constantly shift in Mike Leigh land. Late in the film, there’s a visit to Tom’s shattered, lost-looking brother Ronnie (David Bradley, best known as creepy Argus Filch in the Harry Potter films), who has just lost his wife and whose vocabulary consists mostly of the word “yeah.”

The film turns into a study in contrasts between the happy folks and the sad folks and what happens when they cross paths via Tom and Gerri. It’s all played out in chapters: Spring, Summer, Autumn, Winter. It’s a small, slice-of-life movie that wisely suggests that we slow down, look around, take things as they come, and deal with them. There’s never, at any time of the year, room for self-pity.