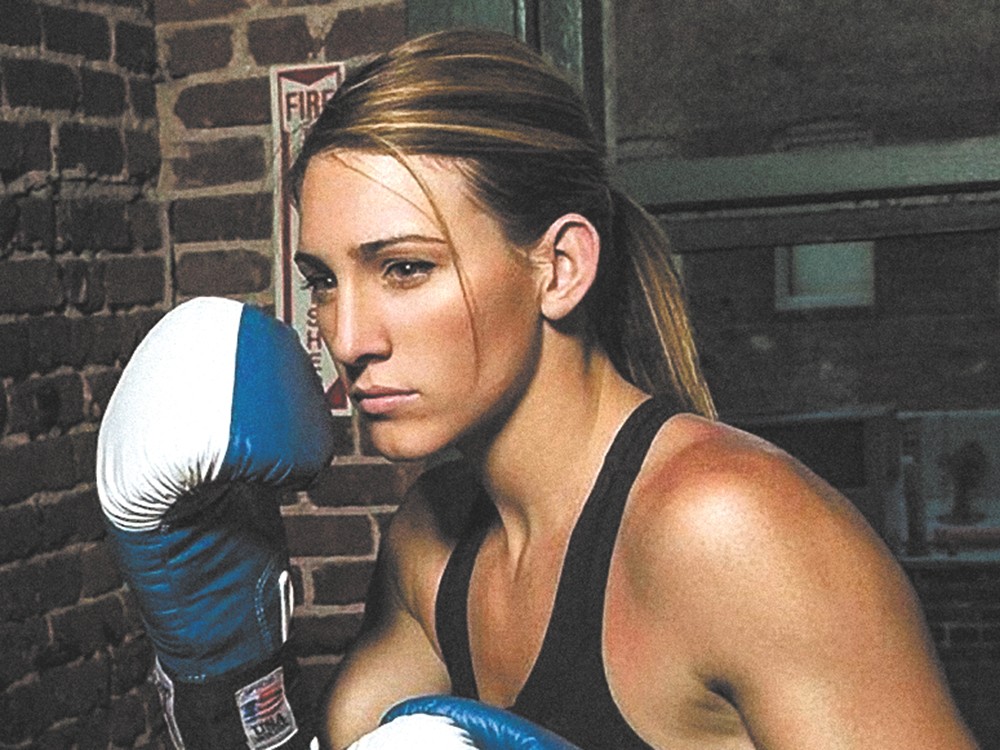 Champion fighter Mikaela Mayer knows well the thrill and the agony of boxing. Enclosed within the ropes of the ring, she has weathered the adrenaline and exhaustion, touching glory and tasting defeat.

In her five years of fighting, the Los Angeles native has risen sharply through the world of women’s Olympic-style boxing. She has racked up national and international victories, winning her weight division in the 2012 USA Boxing National Championships last year.

Mayer, 22, has returned to the 2013 USA Boxing National Championships this year at the Hub Sports Center at the Northern Quest Resort & Casino. For three days now, she has fought alongside hundreds of amateur boxers, facing off under the bright lights.

Boxers may fight four to six bouts during weeklong championships like this week’s tournament. Since Monday, both male and female boxers have worked their way through preliminary bouts. Winners advance to quarterfinal bouts on Thursday while semifinal fights are held between 11 am and 10 pm Friday. The finals to determine this year’s champions are slated for Saturday.

As the defending champion and No. 2 seed in the lightweight division, she hopes her training and discipline will carry her through the tournament.

“Some girls will go in there and fight with anger and they’re very aggressive,” she says. “That’s what gets them through the fight. Me, I don’t like to go there. I like to stay focused. I like to not get emotional and I’m very technical.”

Mayer sits squinting against the harsh afternoon sun. Under her right eye, the subtle ring of a black eye shows through her makeup. She readily admits she was not always so disciplined.

“When I was in high school,” she says, “I decided that I wanted to pick up a new sport because I didn’t feel like I was channeling my energy into anything really positive.”

An unruly 17-year-old, Mayer turned first to muay Thai, a type of kickboxing. When injury forced her into regular boxing, she quickly fell in love with the “sweet science.” She eventually won a boxing scholarship to Northern Michigan University and met her renowned boxing coach, Al Mitchell.

Since then, the blonde former model has taken on the women’s Olympic-style boxing scene. She won the 2011 National Golden Gloves and the 2012 Women’s Continental Championship. She also won a bronze medal in the 2012 Women’s World Championships. She is the No. 1-ranked light welterweight in the world.

Mayer has also found broad new exposure after starring in a Dr Pepper “One of a Kind” commercial.

“Some people say boxing is a dying sport, but I don’t think boxing will ever die,” she says. “I think that the women coming into the sport with the Olympics and making a name for themselves, I think it’s going to help to bring boxing back.”

The USA Boxing National Championships, usually held in Colorado, moved to Spokane for the first time this year. But officials earlier this spring announced a four-year contract to hold the tournament at Northern Quest through 2016.

Despite her many accomplishments in the past year, Mayer has remained haunted by her most recent fight in Spokane, a heartbreaking loss that left her off the 2012 Olympics team.

In that fight, Seattle boxer Queen Underwood won out. Underwood also holds the No. 1 seed in the lightweight division that Mayer fights in this week.

Returning to Spokane, Mayer sees a new chance to come out swinging. She has prepared for months, spending the past six weeks in an intense training program in Las Vegas.

This week’s tournament will anoint new champions for 2013. Young boxers will rise and fall, swinging their way into history. The crowds will howl and the lights will burn bright.

Mayer will wrap up her hands, pull on her gloves and strap on her headgear. She’ll slip in her mouth guard and wait for the bell to ring.

Every fight is a fresh start, she says, glory or defeat.