Swords, skiers and Springsteen: Some high-profile movies we saw at SIFF 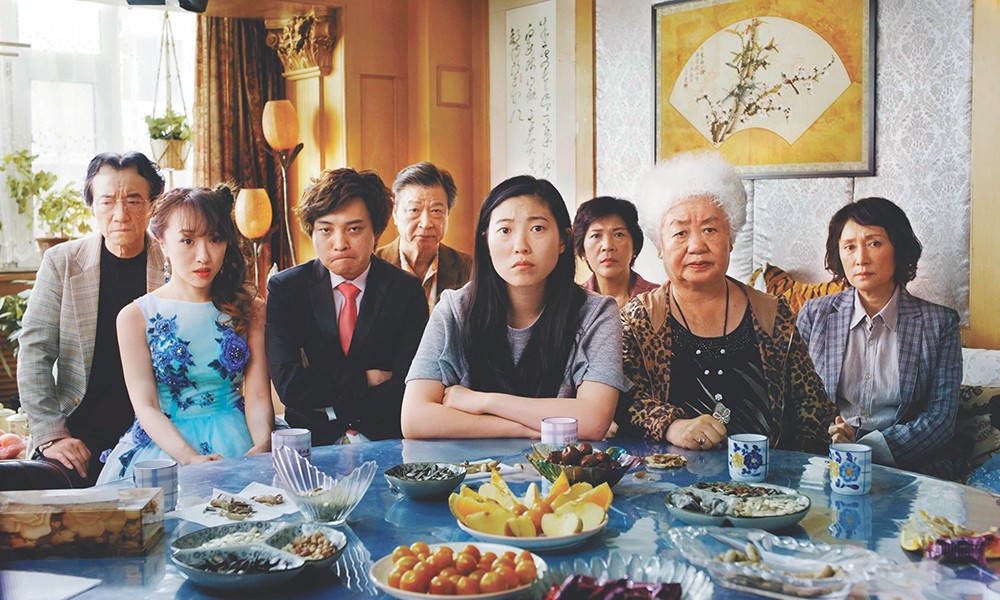 Akwafina stars in the family dramedy The Farewell, which closes out the Seattle International Film Festival on June 9.

The Seattle International Film Festival launched on May 16, boasting a stacked lineup of more than 400 movies from around the world. Sure, it's no Cannes — which kicks off simultaneously on the French Riviera — but it gets you way more bang for your buck.

The Inlander has been attending SIFF (which continues into next month) for the last couple weeks, and we've compiled some of the best, most high-profile films we've seen so far, which you can expect to see in theaters or on streaming platforms in the coming months.

BLINDED BY THE LIGHT

What music would speak most to an alienated British Muslim teen during new wave's 1987 zenith? The American anthems of Bruce Springsteen, naturally. Based on a true story, the film serves as an unabashed love letter to the Boss, his soundtrack blaring constantly as Javed (Viveik Kalra) deals with alienation at school, racism on the streets, a controlling Pakistani father who hates his literary ambitions and, of course, trying to get a girlfriend. It's completely predictable and veers a bit cheesy, but will no doubt be a pure crowd-pleaser. Scheduled Release: Aug. 14. (SS)

Brittany Runs a Marathon is a comedy about... well, exactly what it says it is: A New Yorker (Jillian Bell) entering the slump of her late 20s decides to stop partying and get in shape, with an end goal of participating in the New York Marathon. It's occasionally charming and insightful about issues of body image, but it's a bit too Sundance-y, from the predictable supporting characters — the rich divorcee, the gay friend, the comic relief nerd-turned-love interest — to the plot you could recite all the way to the finish line. Scheduled Release: Aug. 23. (NW)

After her breakout performance in Crazy Rich Asians, Awkwafina proves equally adept at more nuanced roles in the dramedy The Farewell. She plays Billi, a daughter of Chinese immigrants in New York struggling to find her place in the world. When her beloved grandmother (a stellar Zhao Shuzhen) gets a terminal cancer diagnosis, the whole family travels back to China to be with her in her final days. But there's a catch: Per Chinese culture, they're keeping the info that she's dying from her, and they throw together a wedding for Billi's cousin as an excuse for visiting. A sweet, touching, often funny exploration of dying, lying, guilt and cultural norms. Scheduled Release: July 12. (SS)

Jennifer Kent made a splash with her debut The Babadook, and her follow-up is also something of a horror film, though its monsters are the ravages of white colonialism. It's set in early 19th-century Tasmania, where an Irish convict (Aisling Franciosi) is raped and left for dead by a bloodthirsty British officer (Sam Claflin) and his men, who kill her husband and baby. She survives, and sets out across the Outback with an Aboriginal tracker (Baykali Ganambarr) with vengeance on her mind. This is a cruelly effective, blunt instrument, a stomach-churning treatise on the historic brutality of man, and it denies us the cheap emotional catharsis that its potboiler structure initially promises. Scheduled Release: Aug. 2. (NW)

In Olympic Dreams, Nick Kroll plays Ezra, a volunteer dentist at the 2018 PyeongChang Winter Olympics. He's ostensibly the only actor in the film. And it's a romantic comedy. And it's wonderful. Director Jeremy Teicher was given unprecedented access to shoot behind-the-scenes during the actual Olympics, and his filmmaking partner/wife/star Alexi Pappas happens to be an actual Olympic cross-country skier. Ezra and Pappas' Penelope experience crushing loneliness and dashed hopes in PyeongChang, but happenstance brings them together. It's basically Lost in Translation at the Olympics, and it brings home the gold. Scheduled Release: TBA. (SS)

Seattle filmmaker Lynn Shelton applies her semi-improvisational style to the story of an Alabama couple (Jillian Bell and Michaela Watkins) perplexed to discover they've inherited a Civil War sword that — according to a shadowy corner of the internet — proves the South actually won the Civil War. Enter a surly pawn shop owner (Marc Maron), who convinces the sword's owners to sell it to some YouTube conspiracy theorists. It's a great conceit, but it feels more like a sketch than a complete work, particularly in its glib treatment of weighty themes. Scheduled Release: July 12. (NW) ♦

The Seattle International Film Festival continues through June 9. Tickets and passes are available at siff.net.

The original print version of this article was headlined "Festival Favorites"

SIFF 2017: Seattle's biggest film fest kicked off last weekend; we were there to check it out