Take the Good with the Bad

Spokane fights Envision's appeal; plus, concerns at the Northwest's only nuclear power plant

Last summer's Superior Court ruling against its initiative wasn't the end of Envision Spokane. Its legal battle over the Community Bill of Rights is ongoing since the group appealed that decision. (A date for an oral argument has not been set.) Now, the Spokane City Council is set to vote on extending the contract for the Seattle-based law firm representing the city in the case. If approved, that will allow the city to pay the firm up to $60,000 for the case.

While the city didn't bring the original challenge Envision is now appealing — that was the county and regional economic groups — it's involved because the original challenge named the city since it forwarded Envision's measure to the ballot. Making things more awkward, two city council members (and one now former member) joined the original suit as private citizens, arguing the Community Bill of Rights should not appear on the ballot.

In a briefing Monday, Council President Ben Stuckart questioned what exactly the city was defending against in the appeal since it does not have an official position on whether the initiative is valid. City Attorney Nancy Isserlis said the city's involvement stems primarily from it being named in the original case.

The council is scheduled to vote on the $20,000 contract increase Monday. — HEIDI GROOVER

The Columbia Generating Station nuclear power plant near Richland, Wash., required more special inspections for safety and security incidents last year than any other in the nation, according to a new report from the Union of Concerned Scientists. 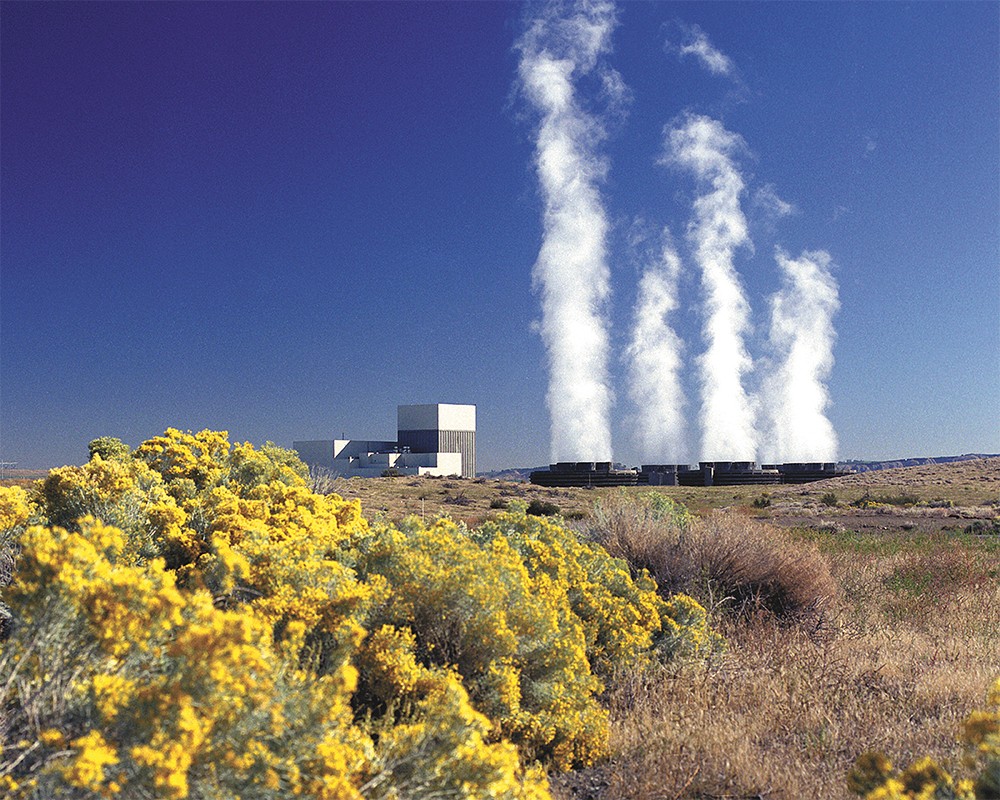 The report identified three minor problems at the plant in 2013 that prompted inspections by the U.S. Nuclear Regulatory Commission: Security-related issues arose in February and September, details about which are not publicly available. The third issue involved a degraded air conditioning unit for rooms containing essential electrical equipment.

"Time will tell whether the trio of near-misses at the Columbia Generating Station was merely bad luck or indicative of broader programmatic deficiencies," the report states.

Officials at Energy Northwest, which operates the power plant, have responded to the report, saying the issues were quickly resolved and posed no health or safety risks to the public. But Dr. Steven Gilbert, the vice president of the Washington chapter of Physicians for Social Responsibility, says he believes the report's revelations are "extremely disturbing."

"It is a terrible sign that security issues have been identified and may not have been fully corrected at the plant after the first incident," he says in a statement. "The benefits associated with running this nuclear plant are not worth the risks."

When it came to enrollment, community colleges thrived in the recession. The unemployed hoped to develop new skills while waiting for the job market to improve and flocked to local two-year colleges.

That was the case for North Idaho College in Coeur d'Alene. In 2009 enrollment leaped by 10.2 percent, 12 percent in 2010, and 6.4 percent in 2011. But now, as the economy slowly begins to rise, community colleges have seen their enrollment fall back to Earth.

Last year, enrollment was flat at NIC. And this year, according to the Coeur d'Alene Press, enrollment dove back down 11 percent, with the expectation of another 10 percent drop next year. Combine the loss of tuition dollars with the loss of state funding tied to enrollment, and it's another blow to college funds.

That means a budget that is $2.3 million dollars lower next year, says NIC's Mark Browning. They've already cut $822,000 in the middle of the year, but they still have further to go.