Fanfarlo's orchestral style soars higher than you'd expect it to 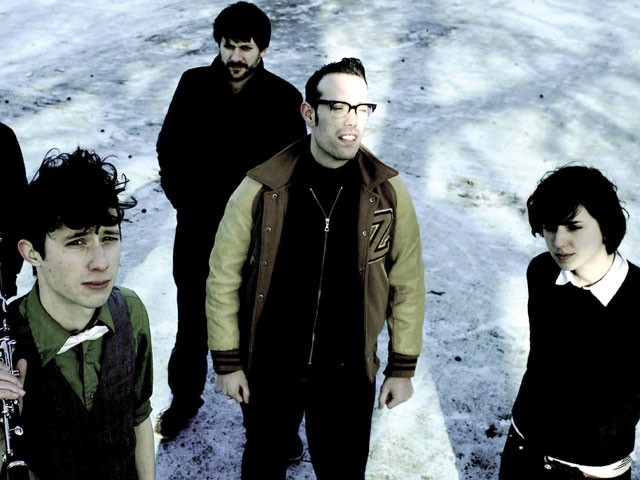 “I grew up in a house with no records but plenty of instruments. The kinds of instruments most people don’t expect — melodica, glockenspiel, clarinet. These are the ones we use in the band, the kinds I used in arrangements,” he says.

“Using that kind of instrumentation was something we bonded over. For us there’s really no novelty about it. It’s not about us being different for the sake of it. It’s just what we do naturally,” Balthazar says, deflecting any implication that they are consciously aping the bombast and multi-instrumentalism of other bands.

“We often get the question ‘How did you decide not to be a guitar and drum band?’ and we just don’t know how to respond properly,” he adds. Plenty of bands recently have gone down that road and achieved great success — and Fanfarlo’s got the chops to give them some competition.

“Each song is half-reality, half-dream and half-something else. I know I’ve run out of halves, but there you go,” Balthazar says.

“With ‘I’m a Pilot,’ I was reading about Howard Hughes and his obsessive compulsion, how he’d record endless tapes and write endless lists. It’s the closest that any of the albums get to a love story — but it’s not a biographic song in any sense,” he says.

Cryptic, but he insists there’s method and reason for the conscious choice to embrace stream-of-consciousness writing and diffusive meaning: “I think, in general, when it comes to music I’ve always been quite interested in things I don’t understand. Some artists have started to lose their appeal when I’ve come to understand them. I think it’s important to not know the whole story, so you can add a piece of the puzzle yourself.”