Two nonprofit radio stations in Spokane are dogged by controversies. 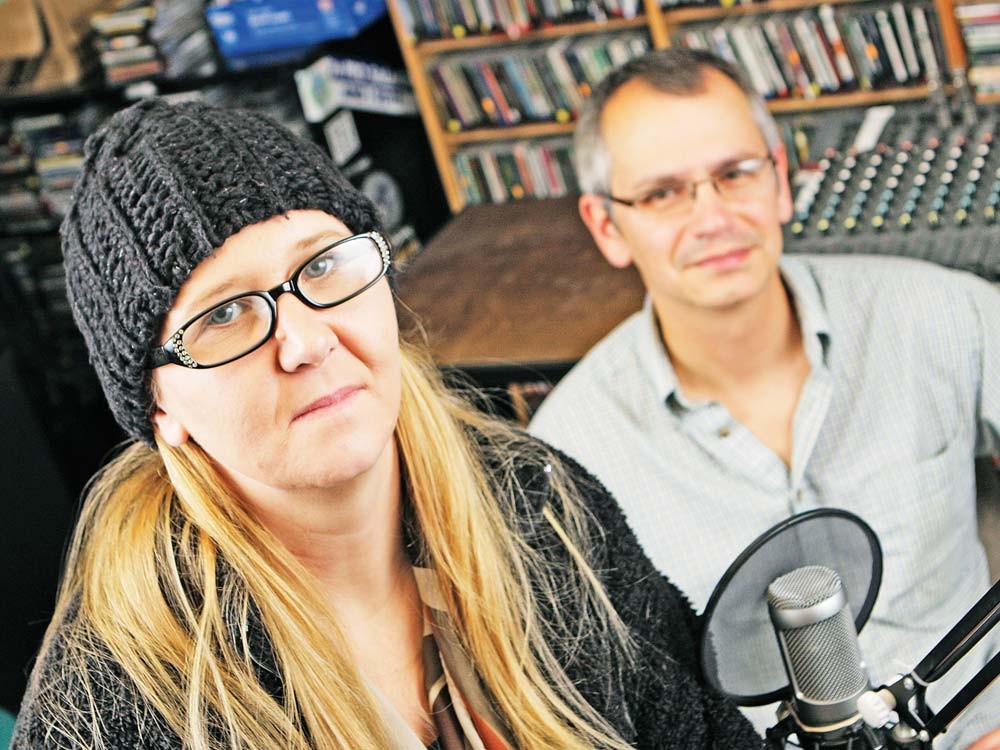 Young Kwak
KYRS' Angela Johnson, seen here in 2009, resigned over what she sees as heavy-handedness by manager Lupito Flores (background)

In his wood-paneled office at Spokane Public Radio headquarters, General Manager Dick Kunkel — a large man with a white beard — lets out a deep laugh.

“We held our heads in our hands and said, ‘My God, I can’t believe they did it again during Pledge Drive,’” Kunkel says.

Last fall, during the fundraising campaign, “it” was National Public Radio’s sudden firing of analyst Juan Williams and the public outcry that followed. (Williams had admitted that seeing Muslim garb at the airport made him nervous.) And more recently, just before Spokane Public Radio’s spring pledge drive began, a video prankster secretly recorded NPR fundraiser Ron Schiller calling the Tea Party activists “seriously racist.” The lack of context was deceptive — the full video shows Schiller was paraphrasing someone else — but Schiller resigned immediately.

Meanwhile, across town, where the independent KYRS Thin Air Community Radio station was also a few days away from launching a fundraising drive, veteran radio host Rebecca Mack waded into a controversy of her own.

For the first time in years, she invited her former radio partner from a different station, controversial ex-LAPD cop Mark Fuhrman, to make a guest appearance and provide a law-enforcement perspective on recent shootings. That day, he didn’t say anything especially controversial.

But that didn’t stop complaints. “Please tell me how having a racist former LAPD officer fits in with your mission statement?” Jim Dancingtrout asked on the KYRS Facebook Wall. “SHAME, this is not serving an underserved community in any form.” Sixteen years ago, during the O.J. Simpson trial, Fuhrman made national headlines when audiotapes surfaced of him repeatedly using racial slurs.

With that, station manager Lupito Flores sent an e-mail to program director Angela Johnson: “Having a well-known racist on doesn’t serve our mission, and it hurts our image, as the complaints have said.”

Mack protested. “I called Lupito to talk to him. He was unwilling to discuss it,” Mack says. “If that’s the deal at KYRS, I don’t want to be part of that deal.”

“If you shut out [other] voices and you remain in a vacuum and that’s all you hear — that’s what we accuse Fox News of,” Johnson says.

Rebecca Mack calls it an ironic parallel: A few hours after turning in her resignation letter, she volunteered at a PBS pledge drive, where pledge callers complained about that NPR guy calling the Tea Party racist.

For both Spokane Public Radio and KYRS, the controversies could imperil funding. It’s too soon to know if KYRS will be affected, but Lupito says 75 to 80 percent of its budget comes from membership donations.

At Spokane Public Radio, where half the budget comes from pledge donations, Kunkel says some listeners dropped their pledges in protest of Williams’ firing. Kunkel complained to the NPR headquarters.

“Wait until his contract expired. Don’t do a public-disgrace kind of firing,” Kunkel says. “What were you thinking? Why shoot yourself and all the stations around the country who are doing pledge drives right now?”

But despite that, in 2010, Kunkel says, membership revenue actually increased 9 percent. Membership revenue at both KYRS and Spokane Public Radio has steadily increased in the face of recession. In fact, the only phone calls that Kunkel has received mentioning the Schiller recording have been from listeners signing up for memberships or renewing their pledges.

“I think it’s because [there’s] such an intense campaign to cut funding of NPR,” Kunkel says. That’s the bigger risk — accusations of bias give those who want to cut federal funding ammunition. Very little federal funding goes directly to NPR. Instead, it goes to the Corporation for Public Broadcasting, which funds local stations like Spokane Public Radio, which, in turn, can choose to buy NPR programs like “Talk of the Nation.”

In February, the House of Representatives voted to eliminate funding for NPR and the CPB. On Friday, Senate Republicans introduced a similar bill — though one unlikely to get past Democrats.

And if it passed? “Some stations in Seattle, KEOU, they’ll just brush it away like a gnat on their nose,” Kunkel speculates. Other small rural stations, however, where federal funding is half their budget, would be devastated, he says. Spokane Public Radio — which gets about 10 percent of its funds from CPB — falls somewhere in between. It would have to adapt.

“We don’t have fat to cut. First of all, people aren’t paid very well here,” Kunkel says. “We’re paid about as well as this building looks.” Located above the Vintage Rabbit Antique Mall, 30-year-old carpets stretch across the creaky SPR offices. In one room, a serving tray functions as an impromptu rain catcher for the leaky roof.

The national controversies at NPR and the local crises at KYRS center around a common question: Were their respective missions violated?

Spokane Public Radio’s Kunkel points to the station’s mission above his desk. One of the key tenets: “We trust the ability of our listeners to discern between competing ideas.”

“I think it is very important that people feel we’re being fair,” Kunkel says. Since 1970, he says, National Public Radio has repeatedly been accused of a left-leaning bias — that’s why these controversies can damage the brand. It’s why Kunkel won’t play Democracy Now. Despite the number of Spokane Public Radio employees who love the program, he says it’s a left-leaning opinion program, framed as news.

“Back in the early days, public radio was pretty hardcore liberal. It was put together by 1960s activists,” Kunkel says. “But now it’s a real voice of record. It really does look at broad perspectives.”

KYRS, meanwhile, plays Democracy Now every weekday at 8 am. KYRS looks for a specific perspective. One iteration of the its mission statement begins: “Thin Air Community Radio serves the Spokane area with progressive perspectives.”

That’s one area of Johnson’s frustration. She’s not sure what “progressive” means, and she says Flores is the only one allowed to define it. “I feel that KYRS has become an exclusive station serving a specific demographic and is not serving the Spokane community as it claims to,” Johnson says in an e-mail.

Flores says he didn’t want Mack to give a platform to someone like Fuhrman. “Rebecca [Mack] didn’t like the opportunity of being on a station that had this specific of a mission, that supports progressive values,” Flores says. “That’s unfortunate, but we have to stick to the mission.”

Johnson says she hopes people won’t stop supporting KYRS with fundraising drives this week. She just hopes her resignation is a catalyst for change. On Monday, Flores sent program hosts an e-mail titled “moving forward,” asking them not to make internal personnel issues public, announcing interviews for a new program director and expressing optimism about the future.

But to do that, both stations will need substantial support from their listeners.

THIS WEEKEND IN MUSIC: The New Mastersounds, Tyga, Mama Doll and more

Donate your records, CDs, cassettes and DVDs and get more later