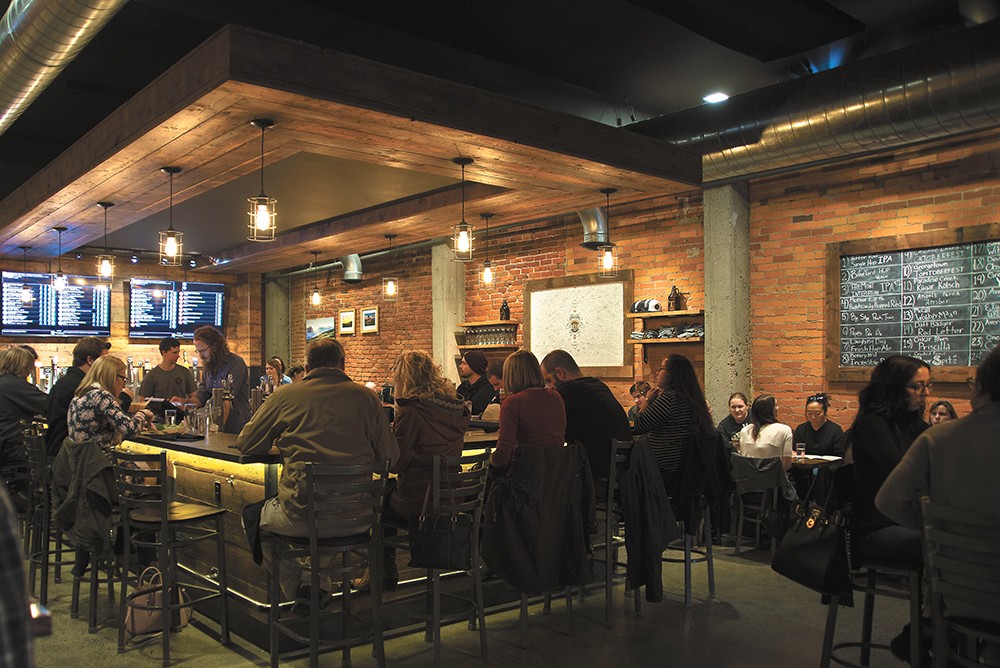 Taryn Phaneuf
Tapped occupies the space between casual and high-end dining in Moscow.

Decked out with stylish seating, exposed brick and concrete

and a large bar shaped to highlight a long line of taps, Tapped Taphouse & Kitchen in Moscow is settling into its niche after its first year.

With entrées in the $10-to-$15 range, familiar yet adventurous appetizers and a craft beer list that focuses on brewers west of the Rockies, Tapped owner Joel Cohen was looking to fill a gap between cheap eats and pricey dining rooms.

"They have a lot of taphouses out there that are really craft beer-focused, and they serve food, too," Cohen said. "That's what I was shooting for."

The menu is dominated by burgers, like the Smokejumper, with jalapeños, pepper jack, chipotle ketchup and avocado aioli ($13). The list of starters puts a gourmet twist on bar food, including bacon-wrapped dates with an orange thyme balsamic glaze ($7) and a platter of locally made sausage, mustard, chutney, naan, brie, fruit and pickled vegetables ($15). Seasonal brews and craft beers cycle through the 35 taps.

When Cohen moved to the Palouse in 2005, he sensed the culinary gap and wondered about filling the void. At the time, he was studying to be an accountant at the University of Idaho. He took a job in Eugene, Oregon, doing what accountants do — working in a firm, poring over numbers. But he always felt more like an entrepreneur, which came through when he jumped on board with friends who wanted to open a brewery.

An accounting job at a Pullman business brought him back to Moscow, and the taphouse void was still there. With his wife's eye for interior decorating and help from business partners, he pursued the dream with all the practicality of his former field: Still scrutinizing numbers, but with an eye on tipping the balance sheet in his favor by creating a place where people like to go. ♦