At Knockaderry, eating and drinking Irish goes beyond Guinness and whiskey 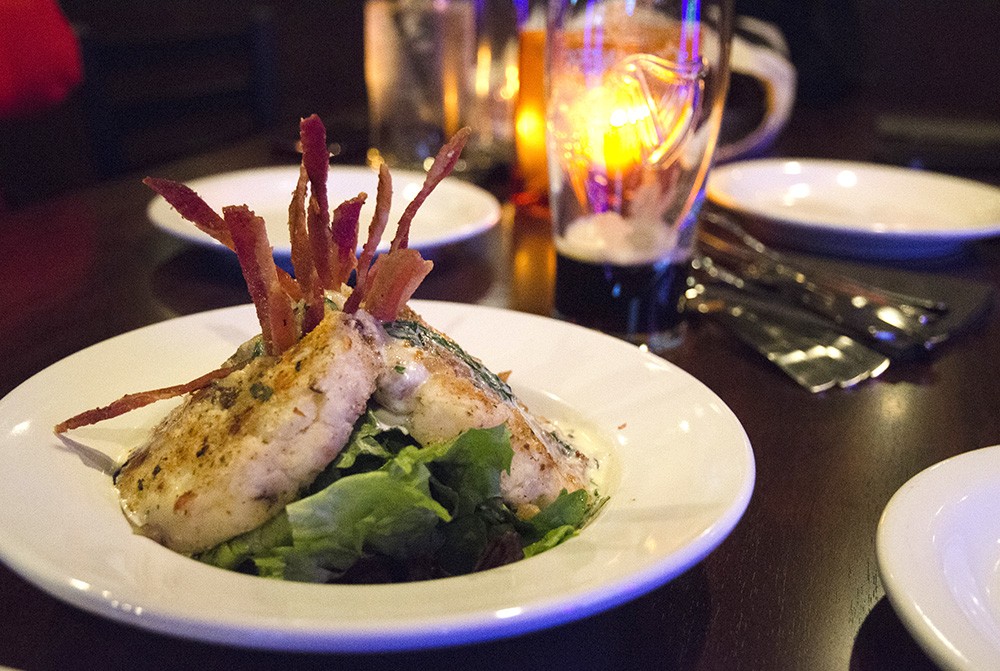 In America, establishments that wave the Irish flag come in two types: those that use shamrocks and Guinness paraphernalia as an invitation to chug whiskey and beer until your inner brogue comes out, and those that emulate the pub traditions of Ireland a little more thoughtfully.

Knockaderry, which opened near the courthouse the first week of March, is unquestionably the latter. With dark wood and textured mossy-green walls, the restaurant and bar is softly lit with a candle on every table. Owner Colleen Freeman, who also owns the Satellite downtown, once worked at Gabby's Irish House and Grill on the now-demolished Rookery Block and thought about opening an Irish pub when she ventured out to open her own place.

"Sixteen years later, I decided I'm finally going to do it," she says.

Freeman sees Knockaderry as a place where people can come to just hang out with friends or stop by after work. The former location of Sidebar & Grill is now segmented into family-friendly dining, bar-height seating in the back and cozy, private booths akin to the "snugs" of genuine Irish pubs.

The fine-dining experience of the chef and kitchen staff shows in the selection of attractively plated appetizers, salads and entrées, like Guinness-battered fish and chips with housemade tartar sauce ($9), lamb shepherd pie ($15) and two types of reubens.

The restaurant is also starting off with a breakfast menu, served daily until 11 am, to see how that goes for six months, Freeman says. Along with Roast House coffee, the menu includes a variety of pancakes, omelets, Benedicts and four types of side potatoes.

The full bar serves up pints of Guinness and Harp, as well as the harder-to-find Kilkenny and Smithwick's (pronounced Smittick's), along with several taps devoted to local beers. Though Knockaderry offers much more than alcohol, it didn't take patrons long to discover that this was a comfortable place for downing a pint or two, or four.

"I was only open for two days and I blew three kegs — one of them was Guinness," Freeman says. "I just could not believe it." ♦