(TEEN) Sex In The City 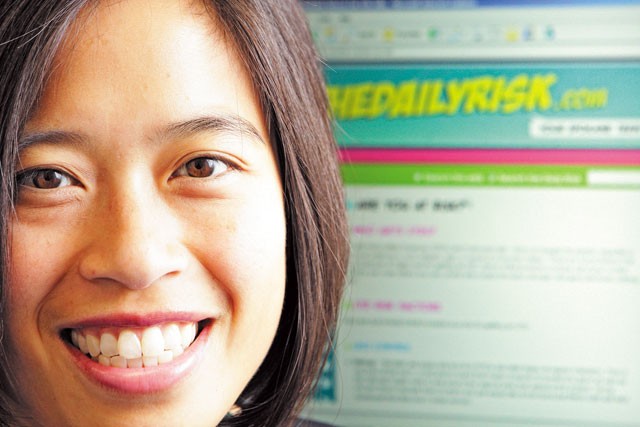 Young Kwak
Dr. Ponrat Pakpreo: "Teenagers may be under the influence of peers, but they're still listening to parents."

Erika Meier knew that when her first child, Megan, started fourth grade, she would be learning about the “biological process of sex,” and she was prepared to answer questions. But now Megan’s 12, headed to middle school and an avid reader of teen fiction. Meier reads her book choices ahead of time to make sure they’re appropriate, and she was stunned by one of the current juvenile bestsellers.

“It dealt with a girl who chose to sleep around, drink and smoke,” says Meier. “And by the second chapter, there was a discussion of oral sex. I was so frustrated. I asked my daughter if she even knew what it was, and she didn’t.”

“It makes a parent feel isolated,” says Meier. “I feel like I’m the only one climbing this mountain for my kids.”

Throwing a lifeline to parents is just one of the goals behind the Spokane Regional Health District’s candid, kid- and parent-friendly sex information Website, thedailyrisk.com.

“We really want to combat that feeling that parents are alone,” says Spokane Regional Health Program Specialist Anna Harrsager, who helped create the Website. “We know they are the main educators of children, and we recognize they may need help.”

Thedailyrisk.com has a boldly colored comic-book theme, candid fact sharing and loads of statistics, among them the stunning finding of the Centers for Disease Control that one in four teen girls has an STD. There’s also information on relationships, body image, “choosing to wait” and lots of interactive quizzes as well as an anonymous “Ask the Expert” message board and an exhaustive list of resources for parents. Teenagers were responsible for the look and style, and a panel of local doctors and clinicians provided content.

Before navigating the Website, Meier says her daughter had only learned about two STDs: HIV and HPV. A half hour later, she had learned about 23 more, and that almost half of the people who test positive for an STD each year are 15 to 24 years old.

“I think it may have been a little too much,” says Meier. “She told me, ‘I never realized sex was so scary.’”

Dr. Ponrat Pakpreo specializes in adolescent reproductive health inside Sacred Heart Children’s Hospital. Doctors like Pakpreo are hoping Spokane Regional Health District’s thedailyrisk Website will alert more young people to the urgency of getting tested for STDs. She says while it may be all right for preteens to be afraid of sex, that doesn’t work for teenagers. “Fear is never a good reason to not do something,” she says. “We want them to be wary of STDs, and we want to educate them to be safe, but don’t ever let them be afraid.”

Pakpreo says Meier and other parents are right to start having these conversations by around age 11 or 12, and recommends (along with the American Medical Association) that parents continue well-child exams throughout high school. Pakpreo says girls should begin getting pelvic exams three years after they have sex the first time.

But there’s some wiggle room around the terms “first” and “sex.” According to thedailyrisk.com, a survey of Spokane teens showed 43 percent claim to be sexually active. That’s not too far from the estimate of 16-year-old Jenna, who believes more than half of the kids in her school were “sexually active.” She says the remaining kids were either abstinent or considered virgins, even if they have had oral sex.

“In sex ed, they categorize oral sex scientifically as sex, but teens have their own rules,” says Jenna. “‘I don’t believe it’s really sex because it’s just a way to feel good.’”

This isn’t just a teenage rationalization.

“Different generations and whole cultures don’t consider oral sex as sex, even though the risk factors are often much higher,” admits Pakpreo.

“Virginity is a very important thing to girls, and they’ll do different things to preserve that label,” says Harrsager. “But every type of sex carries the risk of getting an STD.”

Harrsager and Pakpreo say the community’s goal of improving teenagers’ reproductive health starts with reminding them about the urgency of getting tested.

Jenna believes most teens already have access to information about sex and STDs; they just don’t use it until it’s too late. “If you’re going to have sex, you need to ask yourself if you’re really at a point in time to deal with bad consequences,” she says.

“Ask, ‘What if something goes wrong, am I old enough? Do I have the resources to be able to take care of a kid? Do I want an STD that I’ll have for the rest of my life [from] someone who might break up with me the next day?’”

Pakpreo says she has fielded these types of questions from her patients, but it’s even more powerful for parents to help their teens find the answers for themselves.

“Teenagers may be under the influence of peers, but they’re still listening to parents, even if they don’t let you know,” says Pakpreo. “It’s challenging during those middle years when the values of your children’s friends and their parents may be so different from your own. It can take a while, but kids do come back to their own family’s values, so keep sharing them.”