Being a teenage werewolf is much more complicated today than it was for Michael J. Fox. 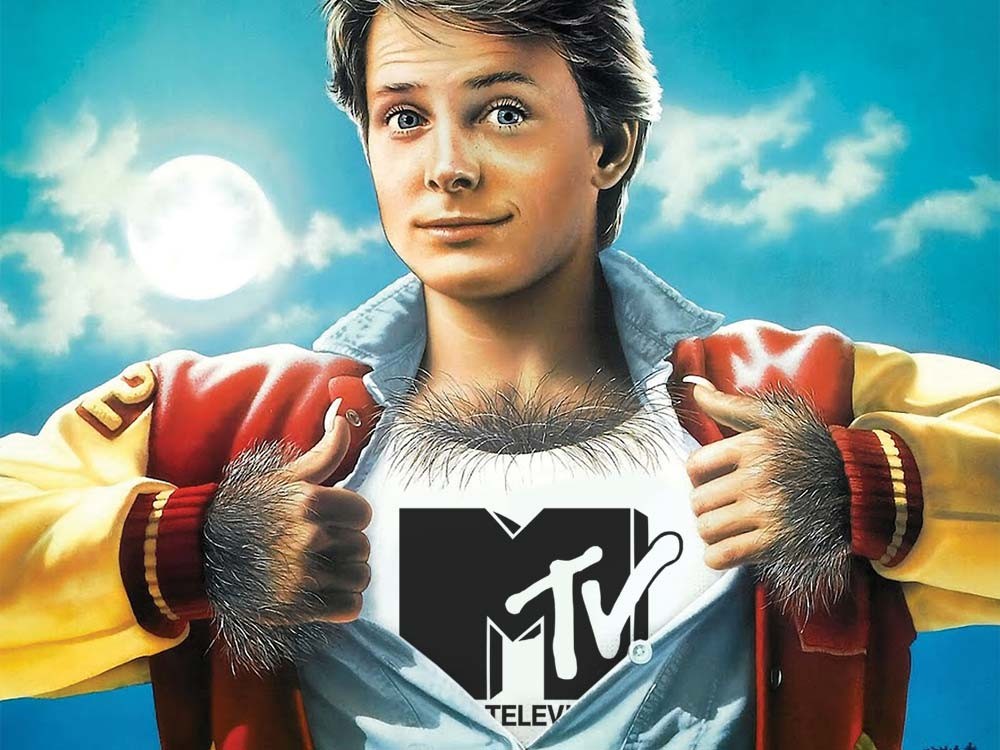 To reach the future, MTV goes back to the 80's

The teenaged werewolf of today finds himself in an unenviable position. We live in a post-Taylor Lautner world, after all. It is no longer enough to be supernaturally athletic and sub-humanly hairy. The teen wolf must now also have abs cut from granite.

This is not an issue for Tyler Posey, who plays our adolescent canine. Son looks like Michelangelo’s David with the chin of a young Jay Leno. A specimen if ever there was one. One might wish, though, that his lycanthropy, along with all its attendant upsides — instant jock-status, never needing Rogaine — might have also conferred a boost to his acting ability. Alas, Posey takes most of his acting cues from the video for Peter Gabriel’s “Sledgehammer.”

But we totally understand why! Posey has way more on his mind than Michael J. Fox did. Where before — 1985, to be exact — one’s wolf-ness was a mere side effect of puberty, now it’s the result of a shaky-cam chase with a snarling, yellow-eyed shadow that results in a bite to the hip and anger management issues. With that much drama, how can Tyler concentrate?

Further, Fox’s wolf-ness was a mere metaphor for insecurity and otherness, surmountable by winning the big game and getting the girl. Here it’s also mixed up in a life-or-death fight between werewolves and a band of humans who have hunted them for centuries. Fox only had to make peace with his nature and play the championship game in a Yeti costume for all to be well. For Posey, revealing his true identity gets him a crossbow dart to the forearm. We have no idea what that’s a metaphor for.

And look at the help! Instead of having a best friend who is a mere spaz, Posey’s sidekick is an Adderall addict! Not a joke, addiction, but played for laughs! Seriously! The show isn’t dangerous, by any means, but it is poorly written, and a bit tone-deaf — though not as much as MTV usually is. (See: Jersey Shore, 16 and Pregnant, the music videos of T-Pain.)

Plus, if it can stick around, Teen Wolf may represent an uptick in the career prospects of hot though hirsute actors. Posey’s rival and mentor, Tyler Hoechlin (of numerous one-off TV appearances and a character you don’t remember from Road to Perdition) has the jawline of David Beckham and the eyebrows of a late-career Walter Matthau.

Sexy werewolf is all that guy’s got.

Happily Divorced
Fran Drescher just can’t find a guy! First she has this weird crush-with-power-imbalance on the man who pays her to be a nanny, and now she’s happily married until her husband announces he’s gay. What’s a girl to do?! Well, in this case, keep on living under the same roof with gay-hubby. Times are tough, and divorce isn’t recession-proof. (Wednesdays, 10:30 pm, TV Land)

Combat Hospital
There is only one trauma hospital providing “advanced surgical care” in southern Afghanistan, and Combat Hospital tells the stories of the Americans, Canucks and Brits who patch our boys up. Think M.A.S.H. minus the home-brew martini still, blithe sexual harassment of women and most of the jokes — while still retaining what remains of our “coalition of the willing.” (Premieres June 21, 10 pm, ABC)

Wilfred
Elijah Wood (The Lord of the Rings) and a man in a dog costume (your creepiest dreams) examine the absurd power dynamics of the human-canine relationship with the even more absurd device of … you know, a dude wearing a dog costume. (Premieres Thurs, June 23, 10 pm, FX)