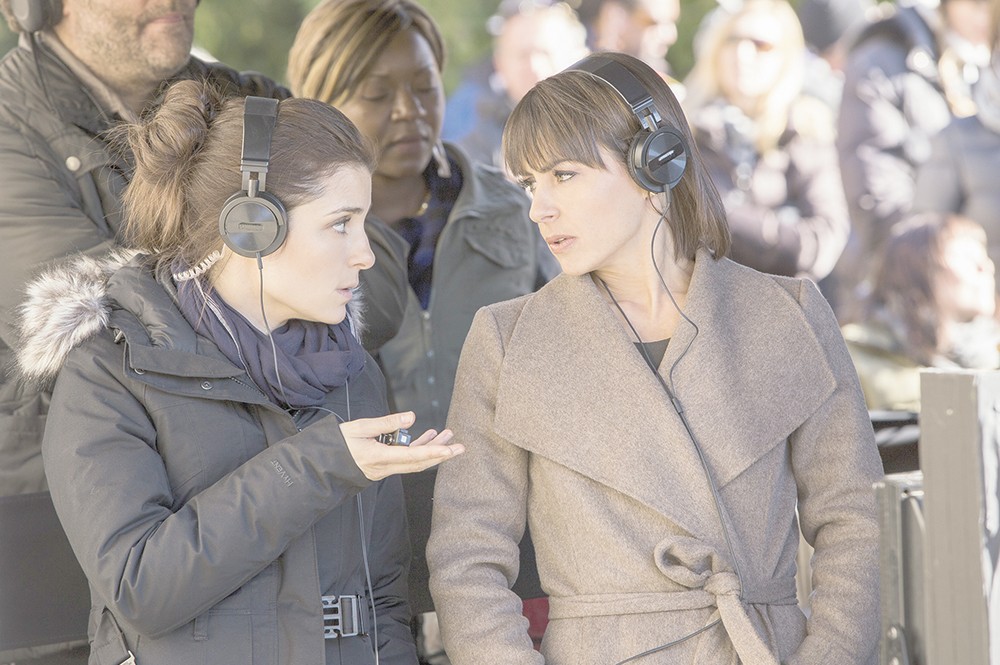 UnReal is a savage critique of reality dating shows.

When you create a TV show, you have choices.

You can create the sort of sexist show that leers at hot women in tiny bikinis. Or you can create a feminist show, exposing just how utterly toxic the patriarchal culture is for women.

You can create a serious TV show, exploring serious issues about race, gender and mental illness. Or you can create a soap opera, flitting between silly plot lines or outlandish twists.

UnREAL (Mondays, 10 pm on Lifetime) manages to be every single one of those shows at the same time. It goes behind the scenes of Everlasting, a fictional reality show where a string of gorgeous gals seek a romantic pairing with a wealthy hunk.

The drama serves as a savage critique of dating reality shows, while embodying the very aspects that makes the genre so addictive. Hypocrisy? Perhaps. But it's delicious, self-aware hypocrisy.

This internal contradiction is summarized through through Rachel, one of Everlasting's producers. She's an avowed feminist whose ambition drives her, almost unwillingly, to create a decidedly unfeminist show. Shiri Appleby plays Rachel with a bleary-eyed brutality that contrasts brilliantly with the teeth-whitened smiles of the contestant's on-camera personas.

If all this sounds a bit familiar, it's because the show's co-creator, Sarah Gertrude Shapiro, was once a producer on The Bachelor, where she manipulated contestants to create reality-TV drama. Shapiro's self-hatred for her former actions seeps into UnREAL's storyline, where ethics are brushed aside for ratings.

The second season seems a little less subtle than the first, which had a shocking moment where a decision to switch out a contestant's medication results in the woman's suicide. The desire to top that moment hangs over this season of both Everlasting and UnREAL. This time, the search for "suicide ratings" leads Everlasting's producers to falsely accuse a contestant of faking her abusive past, even bringing in an actress to pretend to be the contestant's mother. But the lie here would be so easy to disprove that the whole plot line rings false.

Sometimes, UnREAL exposes our culture's ugly underbelly. But other times, that cynicism is simply a sneer without substance.