Amazon wants to know which of its five pilots should be made into full series; we break down each episode's potential 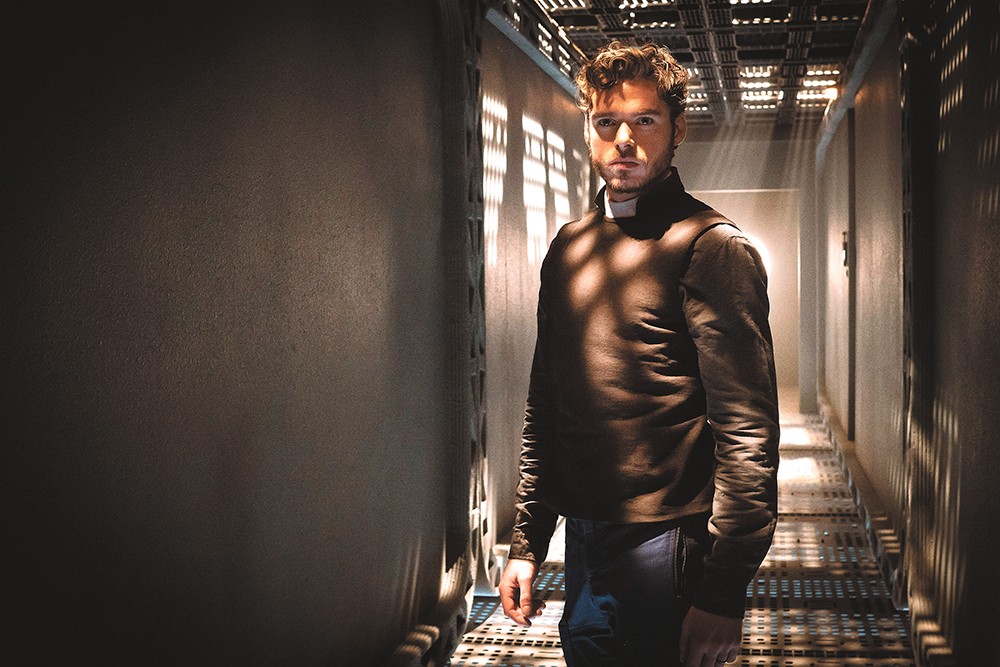 Oasis is based on Michel Faber’s bestselling The Book of Strange New Things.

Democracy in entertainment is alive, sort of, with Amazon Studios' spring 2017 pilot season

that arrived last month, offering five potential shows' first episodes and streaming free to Amazon Prime subscribers. This ninth of Amazon's pilot seasons features a novel-inspired sci-fi drama, an animated series for adults, and three comedies of varying genres. The best part is that viewers can tell the online behemoth via a survey what shows they love most, and want to see made into full series. Past pilots that went on to be successful episodic installments include Transparent, The Man in the High Castle and Sneaky Pete. So, which of the current five are worth your time, or even a 10-episode run? The Inlander's in-house TV and film brain trust breaks it down:

I've already decided that I don't want to read the book this futuristic sci-fi space drama is based on for two reasons: 1) spoilers; and 2) some of the reviews I saw seemed split between love it or hate it. Even so, I already have a feeling that Oasis, based on Michel Faber's bestselling The Book of Strange New Things, is going to veer from its novel script quite a lot; several major details of the book's synopsis are already very different on screen. Oasis takes on a familiar concept: In the near future (the year 2032), humans have pretty much wrecked Earth, but there is hope in a new off-world colonization project outside of our solar system. Viewers go there with priest Peter Leigh (Richard Madden from Game of Thrones); he's been invited by the colony's leader, who appears to think a priest can console some of the colonists (mostly scientists and engineers) who've been "seeing" some weird things that have also caused some suspicious accidents. When Leigh arrives, he learns that his host has mysteriously disappeared. Despite the fact that this pilot leaves us with more questions than it answers, it shows some major promise — don't forget that its source material has been called "a masterwork." (CHEY SCOTT)

This stoner comedy set in the Reagan era has some impressive credentials: It's based on a novel by T.C. Boyle, and its pilot was directed by the great Terry Zwigoff (Crumb, Ghost World), who hadn't stepped behind a camera since 2006. Despite those big names, however, the first half hour of Budding Prospects isn't anything remarkable — it's loose, amiable, only occasionally funny. It opens in San Francisco in 1983, as a sad-sack bartender named Felix (Adam Rose) is offered half a million bucks to oversee a secret marijuana farm in rural California, taking two of his pothead buddies (Joel David Moore and Will Sasso) along for the ride. If Zwigoff sticks around to guide this show through future episodes (though it hasn't been made official, Deadline is reporting that the pilot was picked up for a series order), this show has the potential to be the sort of quirky character study he's known for. (NATHAN WEINBENDER)

From Gilmore Girls creator Amy Sherman-Palladino, this domestic satire set in the late 1950s stars Rachel Brosnahan (House of Cards) as storybook housewife Miriam Maisel, who makes a killer brisket and keeps her Upper West Side apartment in tip-top shape. Her husband, Joel (Michael Zegen), is a successful ad exec and an aspiring stand-up comedian, though he steals all his routines from Bob Newhart records (which, just to nitpick, were released two years after the time when the pilot is apparently set). But when Joel packs his bags and unexpectedly walks out of her life one night, Miriam drunkenly wanders down to the Gaslight Cafe in Greenwich Village (where we see a beat poet perform an experimental piece about, of all places, Spokane) and delivers a comic monologue that turns her into an unlikely star. Filled with the breathless, rat-a-tat dialogue that defined Sherman-Palladino's earlier work, The Marvelous Mrs. Maisel has already been picked up for two seasons, and if it continues to document the birth of modern stand-up — Lenny Bruce is a supporting character — this could develop into a really entertaining period comedy. (NATHAN WEINBENDER)

THE LEGEND OF MASTER LEGEND

Master Legend is a superhero. At least, he plays one on the streets of Las Vegas. Long-haired and grungy, the "real life" self-proclaimed superhero (à la Seattle's Phoenix Jones) is willing to go toe-to-toe with any evildoers on the Vegas strip. As the titular hero, John Hawkes channels George McFly in Biff-punching mode; a naive, sweet-hearted dork constantly putting himself in danger for his wrong-headed sense of valor. Yet there's an uncomfortable Napoleon Dynamite dynamic to his character, where the viewer isn't quite sure if he's supposed to be laughing at Master Legend or feeling sorry for him. In its pilot episode, the show is more effective at the latter: The sadness underpinning the story is the most meaningful, authentic thing about it. Master Legend's superheroism is more about having a sense of meaning in his broken life than fighting evil or protecting innocents. That same sadness drains away most of the potential comedy. What The Legend of Master Legend needs, then, is a triumph. If Master Legend is Super Napoleon Dynamite, he needs his climactic dance moment. (DANIEL WALTERS)

When the tyrannical CEO of a corporation suddenly dies, a group of low-level employees decide that the best way to respond to the situation would be to dispose of his body and send the security guard to a plastic surgeon to be reconstructed in the CEO's exact likeness. The New V.I.P.'s skips and pirouettes through the puddles of blood that follow. Though the animated characters are crudely drawn (in both senses of the word), the black comedy here often works: The pilot's funniest moment relies on a character ranting at a yoga class for gentrifying New York as he's trying to dump the CEO's corpse. What doesn't work is the gross comedy: The New V.I.P.'s stuffs the show with so many lazy pee-pee, poop and penis jokes that the viewer's appetite, so to speak, is spoiled for the funnier murder, corpse-dumping and plastic surgery jokes that follow. If The Simpsons and 30 Rock show how much a show gains by stuffing every second with a joke, The New V.I.P.'s shows how much a show loses when those jokes are at the level of junior-high bathroom scrawlings. (DANIEL WALTERS) ♦

Nine worthy TV streams from spring you might have missed