Thanks for Nothing, Zemeckis

We've finally arrived at "the future" in Back to the Future II, and it's disappointing 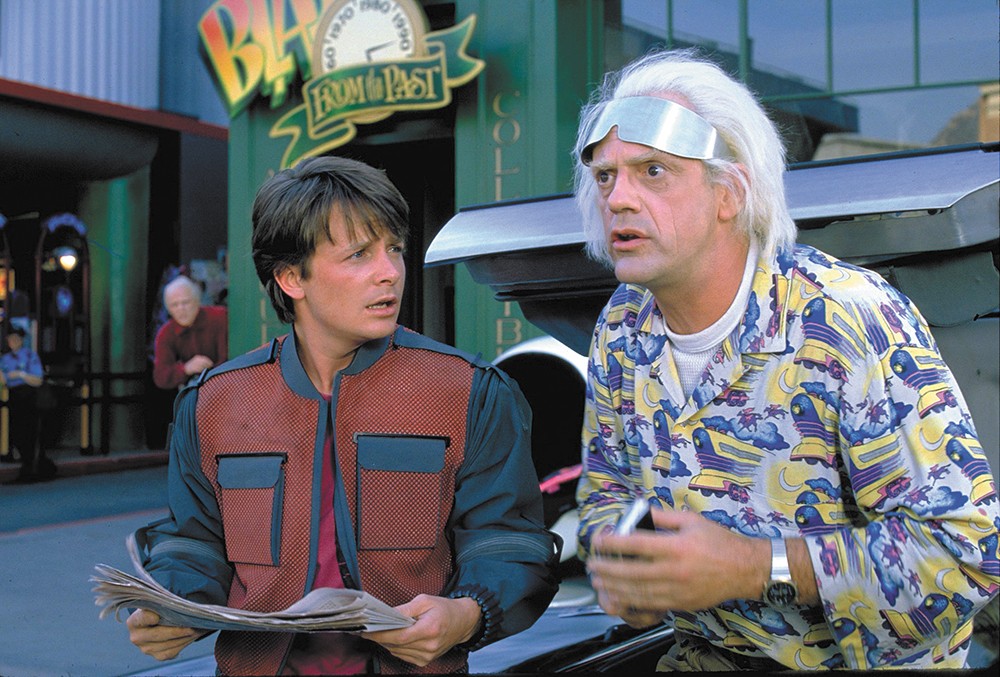 It's 2015 and we still don't have jackets like Michael J. Fox is sporting.

which may seem like just another Wednesday to some of you. But for those of us who sat in wonder at a movie theater back in 1989, it's more than just a day — it's the future.

Well, at least the future as envisioned by writer/director Robert Zemeckis in Back to the Future Part II, a reality in which you don't need roads (yet there are still roads) and the Chicago Cubs win the World Series. More than a year ago, we at the Inlander had Oct. 21 of this year circled on our calendar, knowing we'd bring the future to our Suds and Cinema series. We're excited for some good times, but you have to be at least a little let down when you look at the future Zemeckis promised us and the disappointment we have today.

Let's see how the film did in envisioning 2015, shall we?

WRONG! Where the hell are our hoverboards? I'd like to know what scientists have been up to in the past 25 years, since they can't make us float a foot off the goddamn ground.

POSSIBLE! As of the printing of this article, the possibility of the Chicago Cubs winning the 2015 World Series is very real. Extra point to Zemeckis for betting that the Cubs wouldn't have won a championship between 1989 and now.

CORRECT! When Marty's hoverboard escaped from the murderous offspring of Biff Tannen, sending the young Tannen through a glass building, a floating robot came in and took a picture for USA Today. This is basically a drone and we have those. We also still have USA Today.

WRONG! Double ties. At no point in 2015 will you find a man willing to wear two ties, as if he just wasn't getting enough discomfort out of that single tie.

CORRECT! In his alternate 1985, Zemeckis envisioned that a narcissistic casino owner — in his world, Biff Tannen — would come to great wealth and power, albeit as the result of little talent or actual work. Sounds like a guy in the news right now. ♦

Back to the Future Part II is not showing in any theaters in the area.