Thanks to You (Tube) 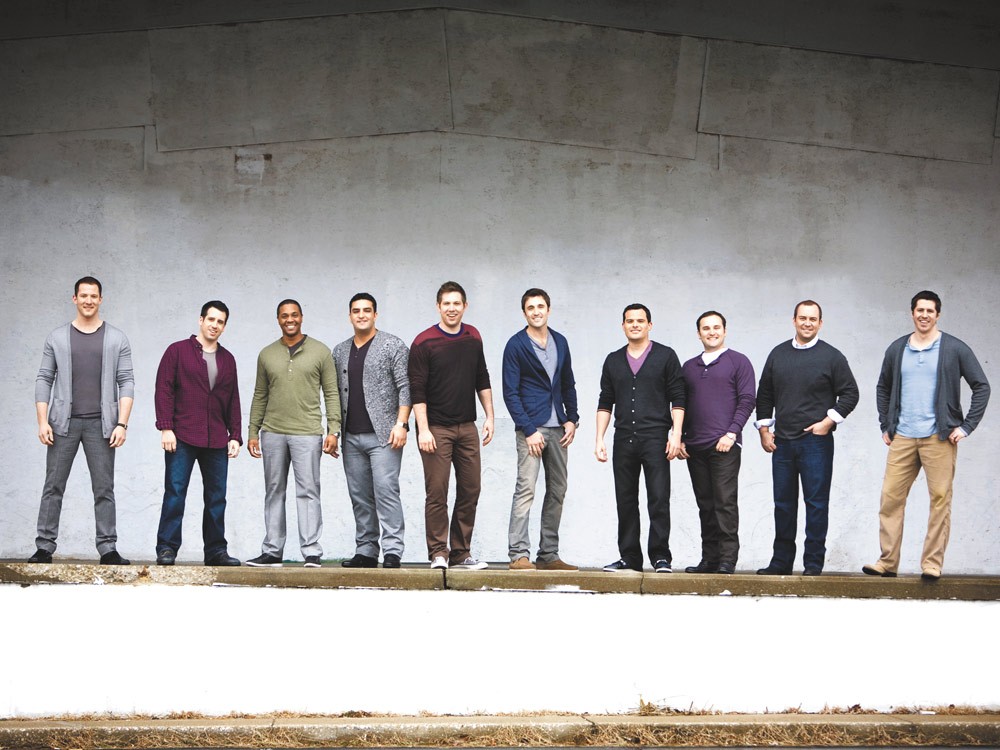 Let us count the ways YouTube is the worst creation ever.

One: It gave us Rebecca Black’s “Friday.”

Two: Videos with “cats” and “LOL” in the title.

Let us count the ways YouTube is the best creation ever.

One: Straight No Chaser.

At least that’s what fans of the 10-member male a capella group might say. And the guys themselves would likely agree. It is, after all, what launched them from careers that largely had no connection with music to a major-label record deal, PBS concert specials and national tours.

They formed the group in the late 1990s when they were all Indiana University students. Straight No Chaser were known well enough on campus, but their singing wasn’t a commercial venture in search of a record deal. As students do, they graduated and went their separate ways: spouses, information technology careers, perhaps a white picket fence or two.

Ob-La-Di, Ob-La-Da, life goes on, as the Beatles foretold.

Straight No Chaser remained at Indiana University in name as a continuing student music group, and in 2006 the original members reunited on campus for an alumni event.

It was at that time Randy Stine, an original member who ran a video production business, posted videos of the group’s early performances on YouTube.

One video, a 1998 performance of their quirky arrangement of “The 12 Days of Christmas,” did what YouTube videos sometimes do: It went viral, though not immediately. Stine estimates it was about 18 months after he uploaded it before it went big. He suddenly started receiving automatic email alerts on his phone of all the online views and comments the video received.

“I always wanted us to get back together, but it was all YouTube,” Stine says.

Yes, just a few million people passing around the YouTube link on Facebook and emailing to friends. And that included one very important view from Atlantic Records chairman/CEO Craig Kallman, who contacted Stine and invited him to Los Angeles to talk over dinner. Stine admits apprehension and skepticism about that initial meeting.

It wasn’t long before Stine was on the phone with his former band mates, convincing them to join him in New York to meet with Atlantic. They did – and signed a record deal the same day.

Understanding what’s so special — and popular — about 10 guys standing around in tuxedoes singing with no backup instrumentation requires watching the now-famous “12 Days” YouTube video:

The guys weave their humor and personalities throughout the three-and-a-half-minute performance. There’s a highlight for “the Jewish guy” to get in an outburst of “The Dreidel Song.” Jerome Collins, the sole black member, jokingly delights at the line “I had Christmas down in Africa,” when the song blends into a smooth rendition of Toto’s “Africa.”

When seeing Straight No Chaser, you get the sense these guys aren’t just singing songs they’ve arranged for an a capella group: They’re having fun with their friends.

That makes sense to Stine. He notes that the original group in the ’90s, and the touring group today — five originals, five later members, all from Indiana University — are made up of guys who were college friends with a joking rapport. They’re not a manufactured group that a record company put together by auditioning people to fit into pre-defined roles.

“We’ve been on the road with other groups and seen groups put together by labels,” Stine says. “They don’t have the natural chemistry or friendship that we do.”

The chemistry that makes SNC click on stage is what seemingly attracts so many fans — across so many age groups — to their performances. It’s certainly what has attracted and kept Kay Maletta of Yakima, Wash. She became a fan — what’s appropriately called a “Chaser” — in 2009 after a relative showed her the “12 Days” video.

“It’s just a very special group of guys,” she says. “You’ve probably got a smile on your face for a couple weeks after (a live performance). It’s a great experience.”

If there’s anyone who knows the feeling of experiencing a live Straight No Chaser performance, it’s Maletta, who estimates she’s seen them 11 times. She’ll see them three more times this month, two shows in Canada and March 18 in Spokane.

Maletta has seen a lot of musicians perform in her 62 years — Huey Lewis and the News, Elton John. She even admits to being one of the screaming, crying girls so enamored of the Beatles in the 1960s.

But, she says, Straight No Chaser is different than any group she’s seen perform. “They’re down to earth. They’re closer to you,” she says.

Straight No Chaser hasn’t only inspired fans like Maletta. They’re already being emulated by up-and-coming a capella groups. The sheet music arrangements of some songs are available for download at their website, SNCMusic.com. A high school choir called the Waring Madigals adapted the Straight No Chaser version of “12 Days” for their own concert.

There’s a video of that performance, too — on YouTube, of course.