and watches in wonder as it's sucked into the "optical character reader" at the IBM Pavilion at the 1964-65 New York World's Fair. Moments later, the IBM 1460 computer system pops out the same card, now with the New York Times headline from that date. It may have been "Taft Asserts Foreign Policy Puts Our Survival 'in Doubt'" or "All Egypt Placed Under Martial Law As Anti-Foreign Riots Sweep Cairo"; Cotter, now 65, doesn't remember.

What Cotter does remember is that moment when he fell in love with world's fairs and computers. Since then, he's made it his mission (and serious hobby) to photograph and collect pictures of these magical mini cities. Though Cotter didn't have the funds to go to Expo '74 at the time, he's spent 10 years collecting enough photos — from a combination of sites like eBay, online forums and world's fairs conventions — to transport readers to the fair to celebrate "Tomorrow's Fresh New Environment" themselves in his new book Spokane's Expo '74.

"I could go to a company like, say, Ford, to get photos," Cotter says. "But I try not to use pre-published or publicity photos. I like to use those candid shots, those 10 or 12 pictures it was worth taking to somebody there lugging that film around."

That New York fair more than 50 years ago also inspired a career in computer technology; Cotter has worked at both Disney parks designing rides and their computer systems, so he knows the challenges (and joys) that come with creating a world's fair experience.

"In a theme park, we're trying to figure out how to isolate people from the outside world," Cotter says. "We want them to be happy and transported, so that's what I try to do with my books."

A view from above.

And Spokane, of course, had a huge challenge — an "armpit" of a railroad yard and river to clean up, not to mention being the smallest city to ever host a world's fair. "People said it would never work out, but it did," Cotter says.

Cotter always likes to begin his world's fairs books with an admission ticket, recreating an experience that fewer and fewer Americans know, since the most recent world's fair in the U.S. was in 1984 in New Orleans. But he manages to find more than 170 unique photos of past and present Spokane — from the iconic U.S. Pavilion in past and present day at Riverfront Park, to dreamy shots of the SkyRide over the falls and twirling South Korean performers — and guides readers from the fair's foundations in '74 to its remaining markers today.

His captions and anecdotes are often as candid and lighthearted as the photos. He jokes about "dull" exhibits and fireworks that didn't go off on cue, and shares stories like that of a religious-oriented exhibit that defended its place at the environmentally themed fair by claiming it was fighting "spiritual pollution." 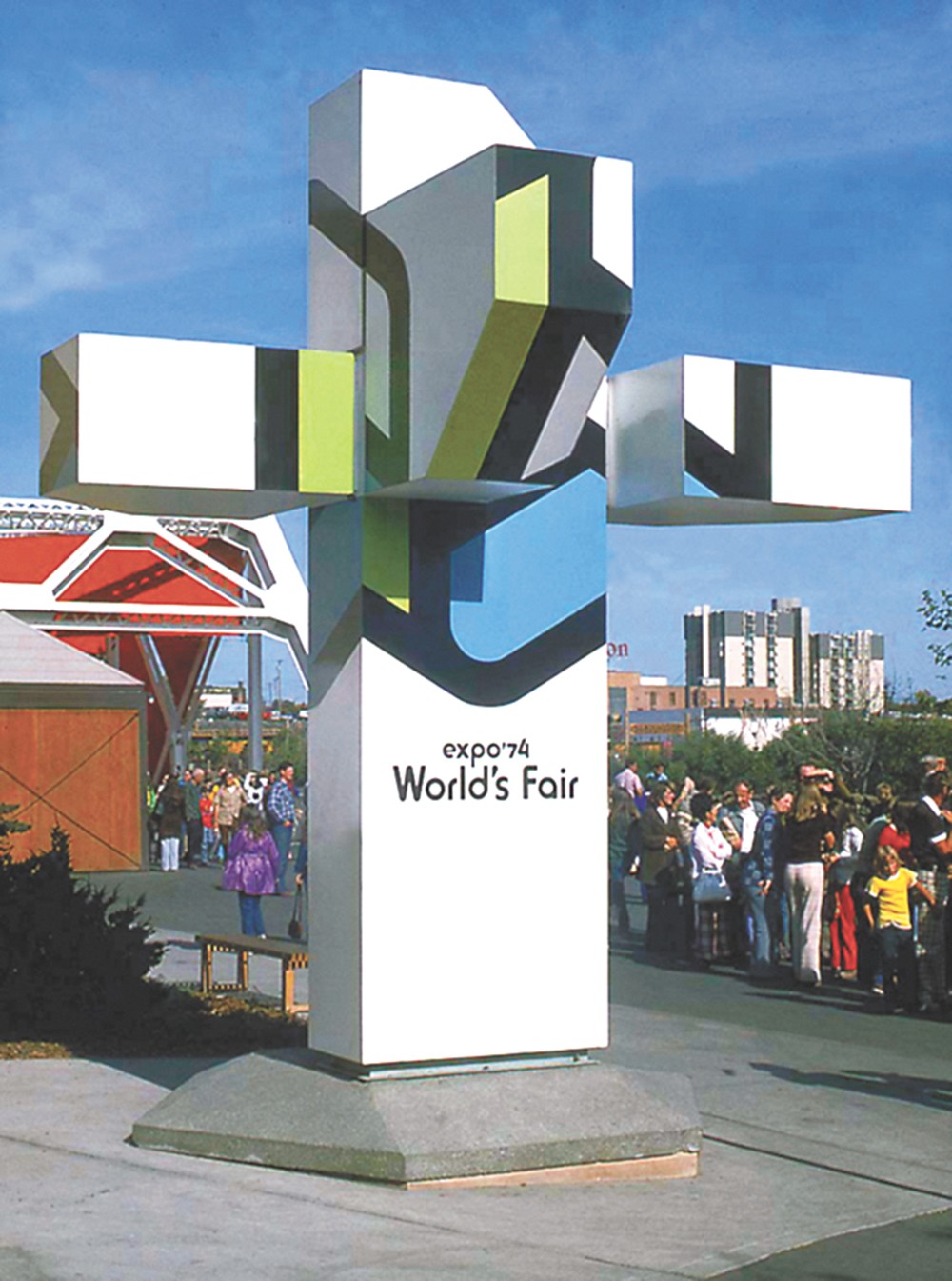 Robot? Map? One of the structures at Expo '74

With the advent of digital cameras and smartphones that can take endless photos, it's easy to forget how difficult it was to take a few quality snapshots in the '70s (and to find enough people that held onto their pictures), but it's a labor of love.

"Books are a way to share what I've found," Cotter laughs, "so [these photos] aren't just stacked up in crates in my garage for my kids to dig through once I'm gone. I want people to come and enjoy [them], be 12 years old again." ♦