Drinking beers on the cheap every day of the week

By Chey Scott and Lisa Waananen 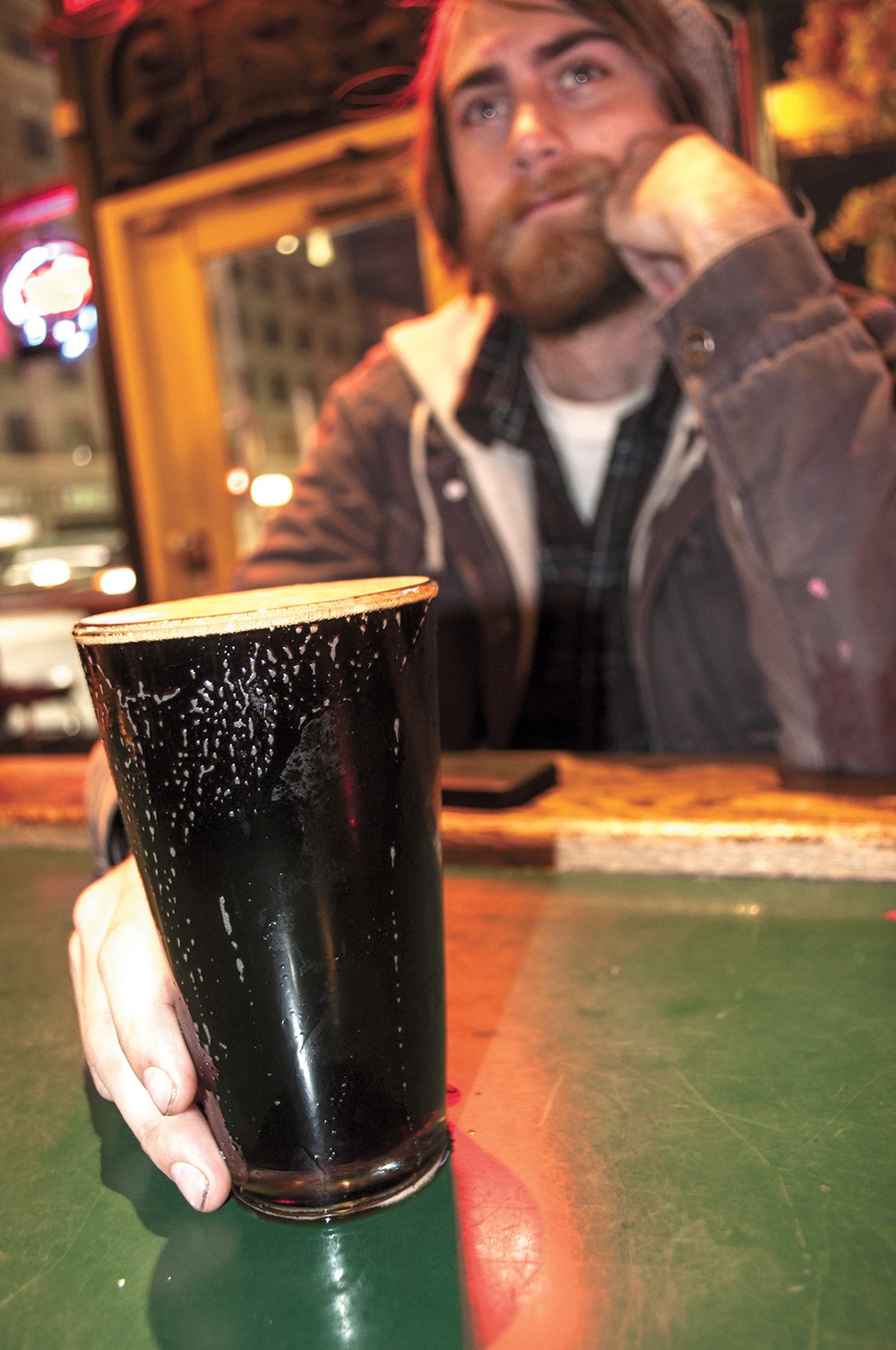 Sarah Wurtz
Craft beers are $2 at Mootsy's on Fridays.

It's a little before 6 on a Friday evening at Mootsy's, and it's dim and warm inside the narrow downtown bar. Somebody put Bob Dylan's "Don't Think Twice, It's All Right" on the jukebox, and the final harmonica strains are cutting through the din of conversation. The floor in back is cleared for a show later on, and the folks hunched along the bar and huddled in booths still wearing their coats might be there early, or they might've been there all afternoon.

Sidle up to the bar and order two pints of Ninkasi IPA.

That's right, four. Not four apiece — four bucks total for two full pints of craft beer. Such is the magic of the $2 pint. Elusive but not impossible to find, the $2 pint can be found all over town, with all qualities of beer, every night of the week — you just need to know where to look.

Some people think it's weird to drink on Monday nights, but they're probably the same people who go around whining about Mondays. For the cheapest deal out there, hit up Brooklyn Deli (or Brooklyn Nights, if you get there late) for $1 pints of PBR on draft. If you want a wider selection, head up north to Poole's Public House, where Micro Monday means all microbrews are $3 a pint. The Screaming Yak also offers $3 micros, with a rotating selection that typically includes at least a few local options.

Tuesday can be a slow night for drinking, which makes it a great night for specials. In Browne's Addition, Pacific Avenue Pizza is frequently packed with people making the most of $2 pint night, which includes a rotating list of microbrews. At The Viking, choose any beer from the famously long tap list for $3 after 7 pm. In the Perry District, the Lantern Tap House does something a little different by letting drinkers pick the pint special. Each week, customers vote on which regional craft beer they want featured — recent choices include Uinta's Hop Notch IPA and Deschutes' Jubelale — and the following Tuesday those pints are just $2.50 after 6 pm.

If hearing the term "Hump Day" makes you want to drink, Spokane's got you covered. All day and night, the Checkerboard Bar offers domestic pints and the local Budge Brothers' Spokamber 509 for just $1. If you can round up a few friends — or even just one friend, really — go to South Perry Pizza for $10 pitchers of anything they've got on tap. That includes their selection of craft beer from local breweries like Orlison, River City and Twelve String. They've got $2 bottles, too.

Even for the non-college-age population, "Thirsty Thursday" is a steadfastly popular weekday drinking night, and there are plenty of cheap beer options around town to suit one's mood. Wild Dawgs, the downtown hot-dog joint that's newly reopened and under new ownership, plans to offer a select domestic draft for $1 from 3 pm until the keg runs dry. Or extend a shopping stop at the South Perry Farmers Market into the evening with a stopover at The Shop, where pint night day sticks to its truest form and a crisp 16 oz. costs a cool $2 until 10 pm. From now until the week before Christmas, the Thursday market (3-6 pm) sets up shop indoors at The Buddhio, across the street from the watering hole/cafe. In the Valley, Boomers Classic Rock Bar & Grill offers $1 domestics and 25 oz. microbrew mugs for $4, starting at 7 pm.

As mentioned, Mootsy's has long been known for its $2 pint night — on a Friday, no less. The special runs from 2-9 pm, so don't arrive too late. Another early Friday drinking hour that rewards customers is at Fast Eddie's, the once dive-ish corner bar that's more recently become a popular college-age hangout. During the bar's "Power Hour" from 3-4 pm (also Mon-Thu), domestic drafts are a mere $1 and micros are $2. Double that and get a domestic pitcher for $4. Pitchers are also the way to go at longtime Northside favorite The Screaming Yak. Plan to stay awhile, since pitchers of anything on draft — both micros and domestics — are $8 from 8 pm to midnight.

While there weren't any exclusive Saturday pint nights we came across in our search, several establishments offer daily beer specials that also conveniently occur this night. In Spokane Valley, Caruso's Sandwich Co. offers $2 pints of anything on draft during daily happy hour from 3-6 pm. (This special runs all day on Tuesdays, too.) Way up in North Spokane, the longtime Whitworth favorite Fizzie Mulligans has $2 domestics every day from 11 am-6 pm (and until close on Sunday). Since we don't expect everyone to park themselves in their own 'hood all afternoon, the new-ish "Power Hour" at downtown's Monterey Cafe, daily from 8-9 pm, features $1 Coors Lite. Refresh those vocal cords between karaoke runs.

We already mentioned several daily beer specials, but to end the weekend on a high note, we suggest burgers and beer at the Steam Plant Grill. The downtown brewpub offers $3 pints all day, including its own libations on tap, like the ever-popular Double Stack Stout and Firebox IPA. Make sure not to miss any limited-release seasonal specials, either. The basement pub also offers this special during happy hour, Mon-Thu from 9-10 pm and Fri-Sat from 10-11 pm. ♦