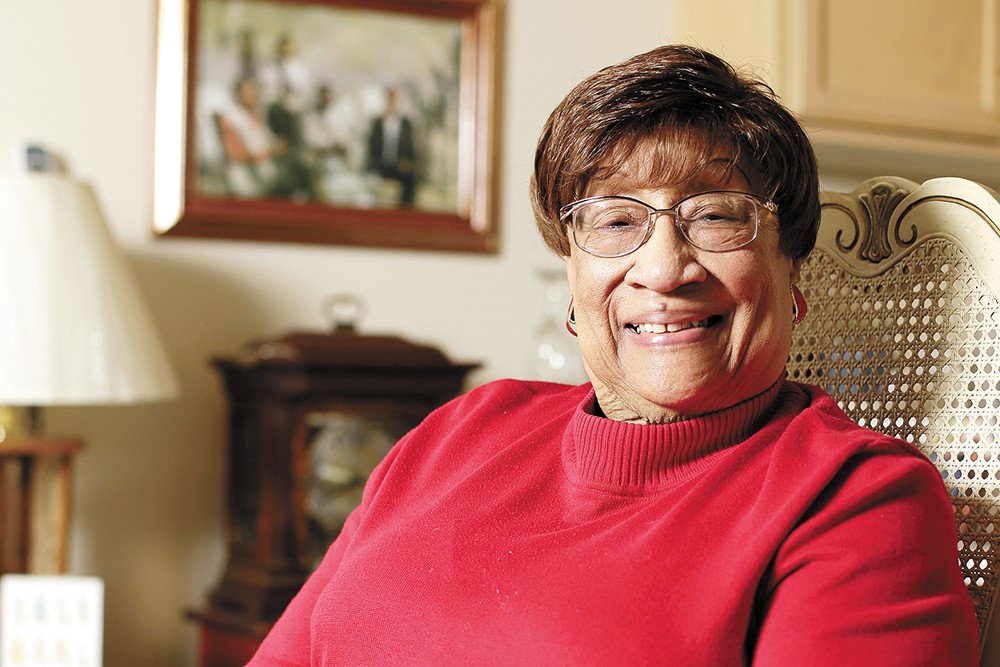 When Jerrelene Willamson was a young girl, African American soldiers waiting to go overseas to fight weren't allowed into the same United Service Organization club as white soldiers. Spokane had never had an African American mayor, and African American restaurant owners had to admit only white people six days a week to survive. On May 1 this year, she will receive the Community Impact Award from the Spokane Public Library Foundation for founding the Spokane Northwest Black Pioneers Society, her years of ministry in nursing homes and for her book, African Americans in Spokane.

INLANDER: What was the most difficult part of writing your book?

WILLIAMSON: Well, putting it together really. It was my daughter, Jennifer Roseman, who helped a lot with it. I had the stories, and she put them together. Actually, when she was in Cincinnati one time, she saw that Arcadia Publishing had a book about African Americans in Cincinnati, and then she found out that there were other places that this company had went and put out books on African Americans. Then she came back to me and we knew that we had all this material that we had gotten from our community here, and she said, "Well, you know, Mom, I think that you could write a book. You have that material and those pictures and all, and you can write a book about it." And that's what we did.

They were recruited from the Southern states [by a mining company that] brought them in a train up to Roslyn. They didn't know that they were coming to break a strike; they thought they were just coming to get jobs. But when they got there, the miners and all were pretty angry and there was fighting. They were being shot at. It was a dangerous time. Both sides had guns when they were working. Both sides had their guns and they went to work. There was still animosity. I think it got better for everybody because they were just as good workers as the other workers were. They built homes there, and shops, and churches and all of those different things in Roslyn.

Who did the most for equality in Spokane?

Carl Maxey. He was very great. He was an orphan, and then he got his education from Gonzaga University, and he became the first black attorney here in Spokane. He's the one who came and helped so many people to find justice in the courts in Spokane and in other places. They were going to try to close the Lincoln School. The Lincoln School had black, Mexican, all kinds of nationalities in that school. I was in the PTA, and we went to call Maxey and said, "We don't want them to close our school. Why don't they close one of the other schools instead?" They were trying to save costs, I guess. The school board had all but decided that they were going to close Lincoln School, [and then] Carl Maxey walked in the door. He was a big guy, he was an athlete, and he was a big brown guy. So, he walked in the door, and they went in a huddle and we said, "There's Carl! There's Carl!" And then the school board turned to us and said, "We're not going to close the Lincoln School this year." Just him being there with his size and the knowledge they knew about him, he stopped them from closing that school. Next year they did, but he had an impact here that was something else.

How does racism manifest itself today?