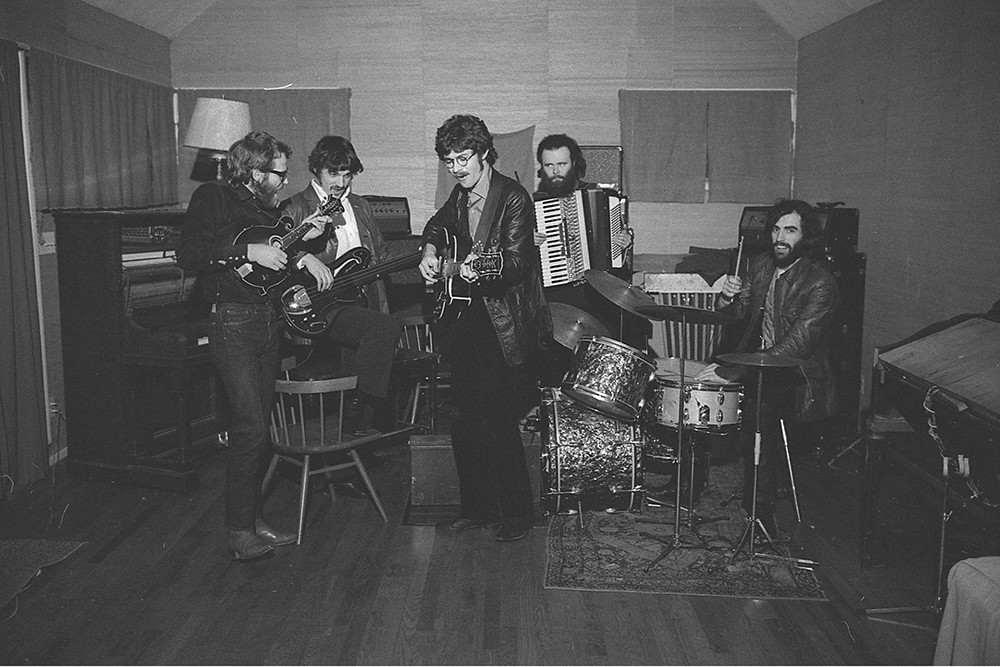 Once Were Brothers: Robbie Robertson and the Band

Last year offered a wealth of music-based documentaries, from humane portraits of Linda Ronstadt and David Crosby, to Beyonce's electrifying concert film, to the dueling exposés of the too-good-to-be-true Fyre Festival. This year starts off strong with Once Were Brothers: Robbie Robertson and the Band, which opens Friday at the Magic Lantern Theater and chronicles the twisty history of one of the most beloved rock acts of the '60s and '70s.

The title should clue you in that Robertson, the Band's guitarist and primary songwriter, is the dominant voice of Daniel Roher's film (he's one of only two Band members still alive), and that lopsided perspective has inspired some criticism, since Robertson isn't universally beloved amongst Band fans. But the Band's story is a classic rock 'n' roll narrative no matter who tells it: They were pieced together as a backing band for Southern rocker Ronnie Hawkins, then toured with Bob Dylan during his controversial electric phase, and finally took off on their own as a standalone entity with all-time classic tracks like "The Weight," "The Night They Drove Old Dixie Down" and "Up on Cripple Creek."

The Band was previously the subject of Martin Scorsese's The Last Waltz (1978), generally considered one of the greatest concert films of all time, and some of that movie's rousing live footage is carried over to Once Were Brothers (which Scorsese co-produced alongside Ron Howard). If you're already a Band devotee, you probably won't learn much new info here, but you'll get to revel in terrific archival footage and some of the greatest roots-rock music ever recorded. It will also inspire some spirited post-screening discussion. See magiclanternonmain.com for showtimes.

On March 9, the Lantern's Monday Night Movies series continues with a screening of the 2015 documentary Miss Sharon Jones!, which is concurrent with both Women's History Month and Music Appreciation Month. Directed by Barbara Kopple (Harlan County USA, Shut Up & Sing), one of the most influential of all nonfiction filmmakers, it follows the late, great R&B musician as she goes on singing while grappling with a pancreatic cancer diagnosis. The film is not only a tribute to Jones' resilience, but also to her towering talent. Tickets are $8.

The original print version of this article was headlined "Cinematic Songs"

Once Were Brothers: Robbie Robertson and The Band is not showing in any theaters in the area.

HOME THEATER: More new movies to rent from your local arthouse; plus a virtual film club