The Better To Bore You With

This loose adaptation of the children’s fable gets lost in the woods. 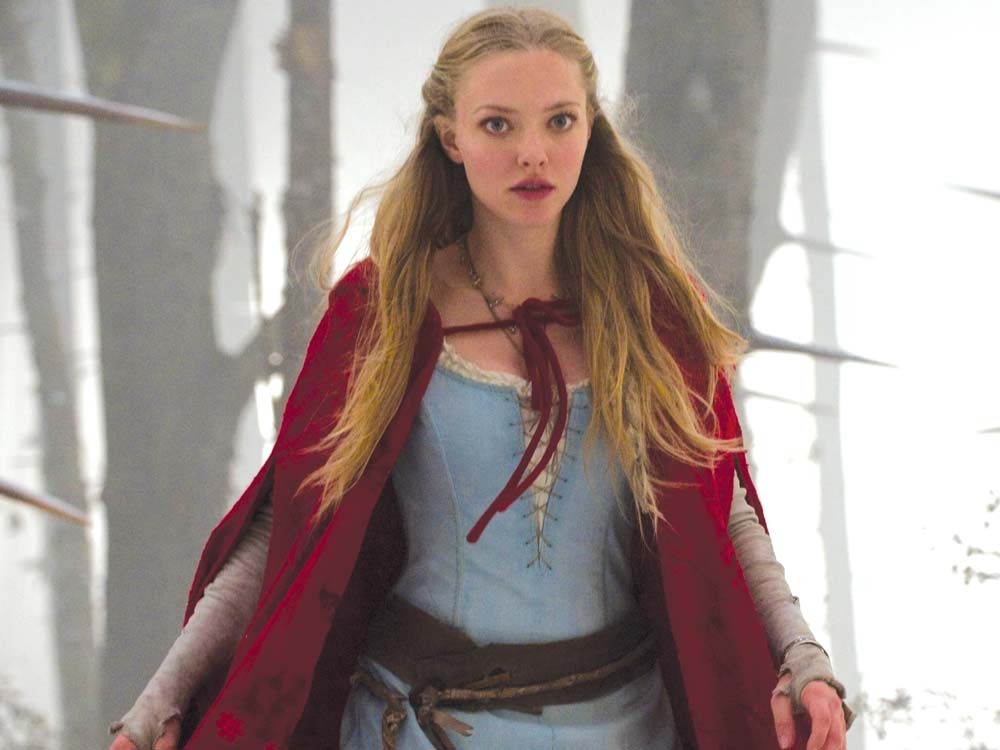 Why can’t the wolf just eat her and be done with it?

What the heck is the genre of this movie? Fairy tale? Horror story? Coming-of-age-girl-must-choose-between-two-boys dilemma? The studio simply calls it a fantasy thriller. But it’s neither fantastic nor thrilling. Red Riding Hood seems more like a misguided soap opera.

Director Catherine Hardwicke, who created the first Twilight movie, returns to that mode (oh yeah, coming-of-agegirl-must-choose-between-two boys!) with a period piece that lifts plot strands from “Little Red Riding Hood.” It’s set in an isolated village at the edge of a dark forest; there’s a young woman with a hooded red cape; she regularly goes to visit Grandma.

And yes, there’s a wolf … a werewolf, actually (you know, wolf by night, human by day). The wolf has struck a deal with the people in the village: During full moons, it leaves them alone as long as they provide it with a livestock sacrifice.

Ah, but right now, there’s a blood moon. This seems to be a time for ignoring people-animal truces, a time for killing

humans and maybe even turning them into other werewolves. Or some such malarkey.

In the midst of this, we’ve got googly-eyed Amanda Seyfried as beautiful young Valerie, who might have a dark secret about how she treated bunnies as a little girl. Now she’s the object of the affections of the only two young guys in town who aren’t either weirdos or idiots. (Yes, this village has its idiot.) But in pondering whether to choose lusty but poor Peter (Shiloh Fernandez) or handsome and wealthy Henry (Max Irons, son of Jeremy), Seyfried pouts and stares and looks anxious, displaying all of the depth and range she showed in Mamma Mia! and Dear John — which is to say, not much. Her two would-be beaus in Hood work at about the same acting level.

Old pros Gary Oldman and Julie Christie add some spark as the vindictive wolf-hunter Solomon and Grandma. But even though Oldman has his game face on, sometimes he comes across as a parody-villain in the Monty Python sketch about the Spanish Inquisition.

Red Riding veers into a whodunit, presenting the theory that the werewolf is one of the villagers. It’s not very gory, but it’s violent, so it certainly wasn’t made with young kids in mind. It hints at eroticism but remains chaste. It tosses in irrelevant allusions to other fairy tales. Its big revelation is not only absurd but also absurdly told. And the special-effects department apparently fell asleep while rendering this Not Very Big Bad Wolf.

Red Riding concludes with answers to most of the questions it poses, followed by an open and not completely understandable ending. But please, please, please, let there not be a sequel.