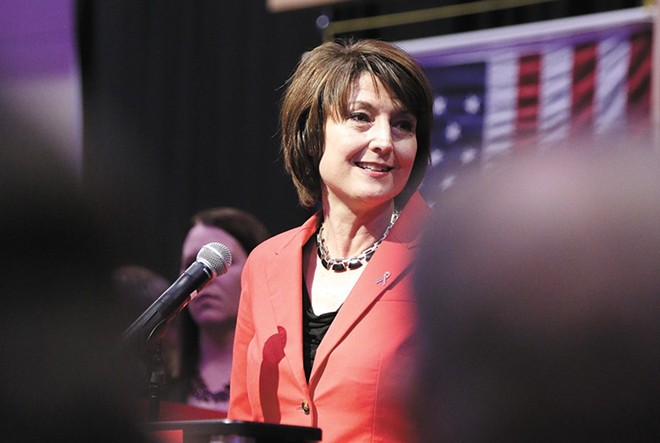 
Republican Congresswoman Cathy McMorris Rodgers has successfully fended off her strongest challenge yet as she maintains a healthy lead against Democrat Lisa Brown in preliminary election results released tonight. Of course, many ballots are yet to be counted — including more than 70,000 in Spokane County — but so far it appears the blue wave many Democrats had hoped would sweep across America did not, in fact, reach Eastern Washington. 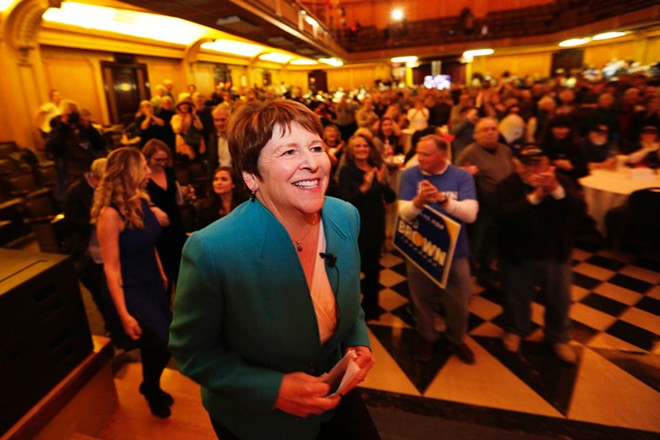 This measure would charge pollution fees on sources of greenhouse gas pollutants and use the revenue to reduce pollution, promote clean energy, and address climate impacts, under oversight of a public board.
Yes: 44.46%; 793,726 votes
No: 55.54%; 959,535 votes


This measure would prohibit new or increased local taxes, fees, or assessments on raw or processed foods or beverages (with exceptions).

This measure would require law enforcement to receive violence deescalation, mental-health, and first-aid training, and provide first-aid; and change standards for use of deadly force, adding a "good faith" standard and independent investigation.
Yes: 59.76%; 1,065,653 votes
No: 40.24%; 717,454 votes