'The brutal fact remained: I was not good at my job' 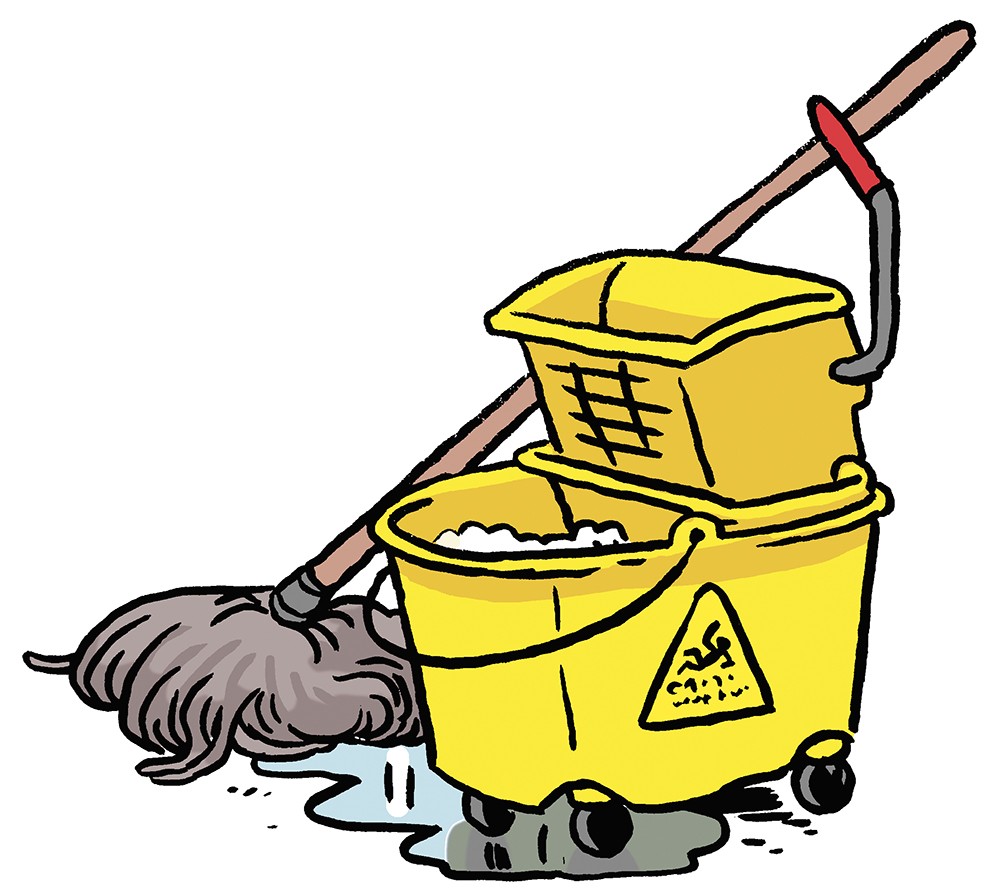 I tell everyone I was fired for streaking.

And, then, inevitably, eyebrows are raised and eyes are narrowed quizzically: Did a strait-laced, risk-averse chap like me once have a side zany enough to run naked through the carefully tended fairways of the Spokane Country Club?

No, no, I then clarify, I was fired for leaving squeegee streaks on the windows. Sorry if you misunderstood. I would never engage in such crude ribaldry.

I was a janitor. I vacuumed floors, dusted counters, emptied trash cans and cleaned toilets. But that wasn't what made my job suck.

It's not just difficulty, or tedium, or long hours, or low wages, or gross situations that make the job terrible. It's all that, and being awful at your job on top of it. It's waking up at 4 am as a recent high school graduate, driving to the Spokane Country Club in the dark, knowing that I was going to make a string of embarrassing mistakes.

Blame the lousy eyesight that led to my first pair of glasses a few months later. Blame the same freak spatial-coordination abnormality that leaves me physically incapable of hitting a baseball when it isn't set stationary on a tee, dancing in a way that doesn't ruin weddings or parallel parking without first engaging in a lengthy game of bumper cars. Blame what I've dubbed "Amelia Bedelia syndrome," my inadvertent tendency to misinterpret commands in an overly literal and comically incorrect way — a habit which, while amusing to a generation of children's book readers, tends to irritate an employer or any given dad.

Blame an ancient curse or an uncaring God or our namby-pamby, participation-trophy culture, but the brutal fact remained: I was not good at my job. I'd vacuum out the nooks, but miss the crannies. When I moved furniture, the country club walls and doorjambs would pay the terrible price. I'd space out — distracted by fantasies of being good at my job — and let time slip away. And yes, when I washed windows, long, embarrassing streaks were left in my wake. It was like a signature. This window, it told the wealthy country club denizens, was washed by none other than famed janitor Daniel Walters.

I was fired about halfway through the summer. "I don't think this is your cup of tea," my boss said, generously understating things.

But that wasn't such a bad thing, he said. So you're not a good janitor? There are better things to be good at. Somewhere out there, he suggested, there was a cup of tea with my name on it.

It turned out to be an Inlander coffee cup.

Fortunes change. In 2013, a gender discrimination case resulted in a $1.4 million verdict and the Spokane Country Club filed for bankruptcy protection.

I, on the other hand, no longer leave streaks. I leave typos. ♦

'Cleaning up years of rotten wheat and bird crap'

'I would review the bank accounts of these doomed bastards'

'The worst Denny's west of the Mississippi'