Strap on a bandolier and join the revolution. The Revolutions podcast just began its highly anticipated series on the Mexican Revolution. Starting off in the early days of colonial Central America, podcast host Mike Duncan delves down yet another historical rabbit hole. This time the story begins in New Spain. As the old colonial powerhouses fight to maintain supremacy on the world stage, conquistadores, mestizos, indigenous people and the church all clash for power in modern day Mexico. You might be surprised to learn that Cinco de Mayo is more than just tequila specials and sombreros. New episodes come out every week, and Duncan has a way of tying each political revolt to the next, seemingly igniting all of human history in the flames of revolution. (QUINN WELSCH)

Some noteworthy new music arrives online and in stores Aug. 17. To wit:

ANIMAL COLLECTIVE, Tangerine Reef. The Baltimore band never met a sound it didn't like without immediately incorporating it into some droney experimental folk-rock.

MITSKI, Be the Cowboy. Prepare for the follow-up to her Puberty 2 to be one of the best albums of the year.

ARIANA GRANDE, Sweetener. Already one of the biggest pop stars on the planet at 25, expect her fourth album to sell what the experts call "a shit-ton." (DAN NAILEN) 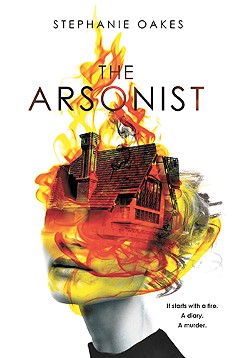 Spokane author Stephanie Oakes' sophomore novel The Arsonist, published last year, has been named one of five finalists in the young adult readers category for the 2018 Washington State Book Awards. Oakes is the only Eastern Washington-based author to be named a finalist this year. Winners in all eight categories will be named at a ceremony on Oct. 13. (CHEY SCOTT)

One of the pleasures of online life every August is the arrival of deadspin.com's annual "Why Your Team Sucks" series, in which writer Drew Magary heartily mocks every pro football team (and fanbase. And city). An example: San Francisco, Magary writes, "is what happens when the 10 worst people from every high school moved to the same city." Funnier, though, than Magary is what actual fans have to say about their own teams, compiled at the bottom of each post. From the Chicago Bears' post, a fan writes: "The team plays in a stadium that has all the charm of a gas station toilet bowl and looks like one from the outside." (DAN NAILEN)

A BOOK OF WHAT IFS

When Pulitzer-winning novelist Philip Roth died in May, I started reading some of the glowing obituaries. I couldn't believe I hadn't read any of his work and set out to correct that oversight. Something about the current political climate led me to Roth's 2004 novel The Plot Against America. It's an "alternative history" full of real-life characters (Charles Lindbergh, FDR, muckraker Walter Winchell) in which a president with questionable loyalties to America and unusual chumminess with Nazis drives America into an increasingly divided and frightened state of psychological emergency. It's a read that showcases a brilliant author while still managing to be scary as hell 14 years after Roth wrote it. (DAN NAILEN)