Spokane Civic Theatre has announced its 2019-20 season, and it's a mix of modern musicals, beloved classics and plays by the likes of Noel Coward and Kenneth Lonergan. Here's the lineup of shows and their premiere dates:

Tickets for individual shows become available in July, though season ticket packages are now on sale at spokanecivictheatre.com. (NATHAN WEINBENDER) 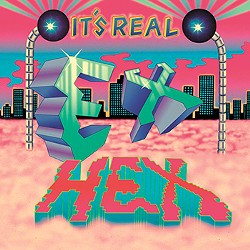 Some noteworthy new music arrives online and in stores March 22. To wit:

Ex Hex, It's Real. Punky trio led by ex-Helium frontwoman Mary Timony is back with a stellar sophomore album. 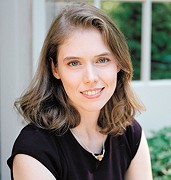 The featured author for 2019's Spokane is Reading program is a big get. Coming for two public talks in October is New York Times bestselling author Madeline Miller (above), whose 2018 novel Circe was a feminist fiction standout. The story is told from the perspective of Greek witch goddess Circe, a daughter of Helios exiled to a remote island and best known in classic mythology for her encounter with the tragic hero Odysseus. Copies of Circe are available at Spokane Public Library and Spokane County Library District branches, and for purchase at Auntie's Bookstore. (CHEY SCOTT)

Explorers who don't have a Washington State Parks Discover Pass ($30/year or $10/one-time use) needn't let it keep them from experiencing the region's natural splendor. A new pilot program called Check Out Washington that launched this month allows local library patrons to check out activity backpacks, which include a Discover Pass, for up to one week from branches of the Spokane County Library District and Spokane Public Library. (CHEY SCOTT)

Knowing the six new episodes of the Rob Delaney/Sharon Horgan Brit-com Catastrophe posted to Amazon Prime recently were the series' last, I naturally entered my last binge of the alternately sweet and sour show with some trepidation over whether they would stick the landing. All the characters we've come to know and love/loathe get a nice send-off, and new characters played by Michaela Watkins (as Rob's newly religious sister) and Nat Faxon (her too-nice beau) keep the last season fresh. At its core, though, Catastrophe is all about Rob and Sharon's relationship, and the final season finds the humor in all-too-real human interactions between the two that have been a hallmark of the show from the beginning. (DAN NAILEN)