Someone Great on Netflix, new Bad Religion, and more you need to know 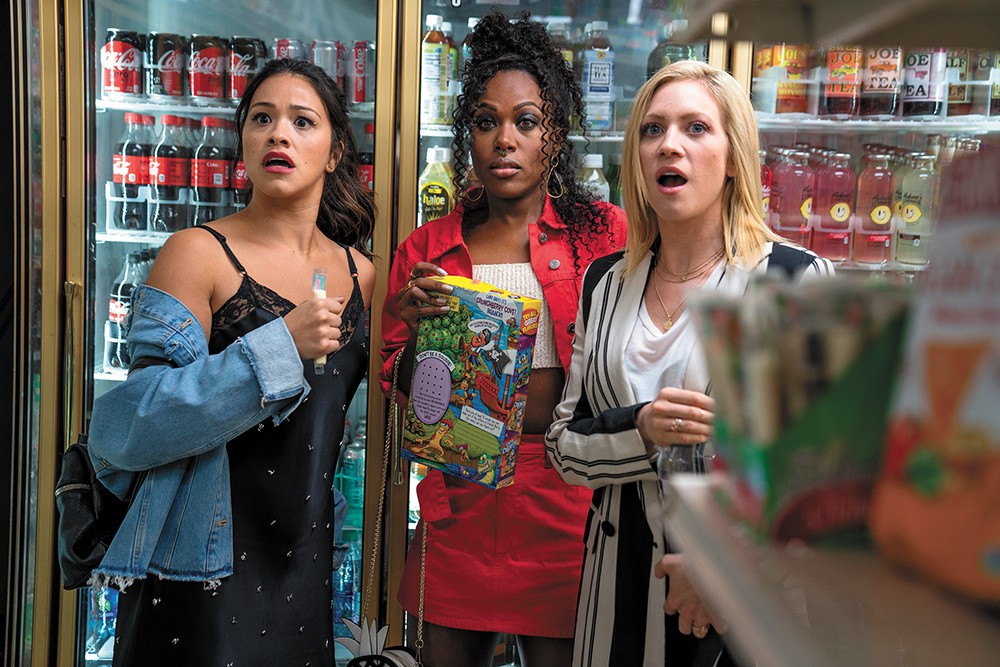 Netflix's new movie Someone Great, about a writer breaking up with her boyfriend as she plans to move across the country for a new job, blessedly gets its millennial details just right. It focuses on the main character Jenny and her two best friends Erin and Blair as they each deal with relationship drama and go to a favorite festival together one last time. Thankfully absent is the oh-my-god-can-you-believe-these-privileged-young-whiners take. The soundtrack is full of perfect flashbacks and current hits, and the way it portrays commitment issues (one friend is afraid of it, the other is stubbornly committed despite knowing she deserves better) rings true. It even shows 30-year-old women *gasp* partying without being sneered at for being old. I'm here for it. (SAMANTHA WOHLFEIL)

Some noteworthy new music arrives online and in stores May 3. To wit:

Bad Religion, Age of Unreason. Seems like every time these guys put out another album of energetic punk, I say, "Damn, Bad Religion is still around!?!"

Big Thief, U.F.O.F. A band seemingly incapable of writing anything but killer songs.

Tacocat, This Mess Is A Place. Some of Seattle's finest purveyors of pop-punk hit the Bartlett June 12. (DAN NAILEN)

The latest iteration of Pie and Whiskey — a spirited literary event that includes, of course, hearty pie and gut-warming whiskey — was a delight. Hosted in the industrial yet warm Washington Cracker Building last Thursday, the event's founders, Kate Lebo and Samuel Ligon (he's also the author of the Inlander's serialized novel, Miller Cane), convened a group of storytellers who brought the house down with humor, raw (and often dark) human experience, and literary talent. With readings ranging from musings on Richard Nixon to tales from rural Montana, all of the participants delivered. (JOSH KELETY)

Layers of Fear (2016) was an oddball in horror gaming. Rather than confront enemies and solve mysteries, players were plunged headfirst into the life of a drunken artist, navigating the nightmarish halls of a labryinth-like mansion as disturbing details about his background came to life. While the original game paid homage to Baroque and neoclassical paintings, Layers of Fear 2 is themed on classic cinema and takes place on a boat. Developers recently announced the game will hit the market on May 28 for PC, PS4 and Xbox One. (QUINN WELSCH)

We have some thoughts on what comes next.

That's how much Avengers: Endgame made in just three days in the U.S. To say this is the biggest opening weekend gross in history is an understatement: It surpasses the previous record holder — which just so happens to be its predecessor, Avengers: Infinity War — by a cool $100 million. That's absolutely insane. No other film this year will likely come close to those numbers until December, when Star Wars: The Rise of Skywalker gives it a run for its money. (NATHAN WEINBENDER)