SURPRISE SURPRISE!
The Drive-By Truckers just surprise-dropped The New OK, a sterling nine-song album arriving just eight months after their excellent January release The Unraveling. Made up of leftover tracks from that album's sessions and new songs recorded during the pandemic, The New OK is remarkably good. One of the band's best, actually, and it moves from swinging, horn-drenched killers like "Sea Island Lonely" to topical angry fare like "Watching the Orange Clouds," written the weekend after George Floyd's murder. The closing cover of the Ramones' "The KKK Took My Baby Away" is both joyful and annoyingly topical. The New OK is available digitally now, and on vinyl and CD in December. (DAN NAILEN)

REUNION WORTH ATTENDING
I've been binging The West Wing to revisit an admittedly fictional time when politics seemed glamorous and serious and inspirational instead of, well, you know. The original series (streaming on Netflix) holds up pretty well, and long-time fans should definitely check out the recent reunion/live theatrical presentation of the episode "Hartsfield's Landing." Every living cast member returns for the creatively staged production, which is delivered interspersed with "get out the vote" messages from Michelle Obama, Lin-Manuel Miranda and others. A West Wing Special to Benefit When We All Vote is now streaming on HBO Max. (DAN NAILEN)

THE CONSERVATIVE PODCAST LIBERALS SHOULD LISTEN TO
The problem for liberals wanting to get out of their bubbles and consider conservative arguments is most conservative media is swamped by die-hard Trump acolytes and you walk away more certain of your opinions. But partake in an anti-Trump conservative site like the Bulwark, and you'll encounter Aaron Sorkin Republicans — folks who might own a gun and dislike taxes, but spend their time delivering impassioned monologues about decency that make liberals feel good about themselves. The Dispatch podcast is the ideal middle ground, where contributors are happy to decry Trump's actions as unconscionable and horrific, but still call out Biden's debate dodges. Like, you know, a conservative would. (DANIEL WALTERS) 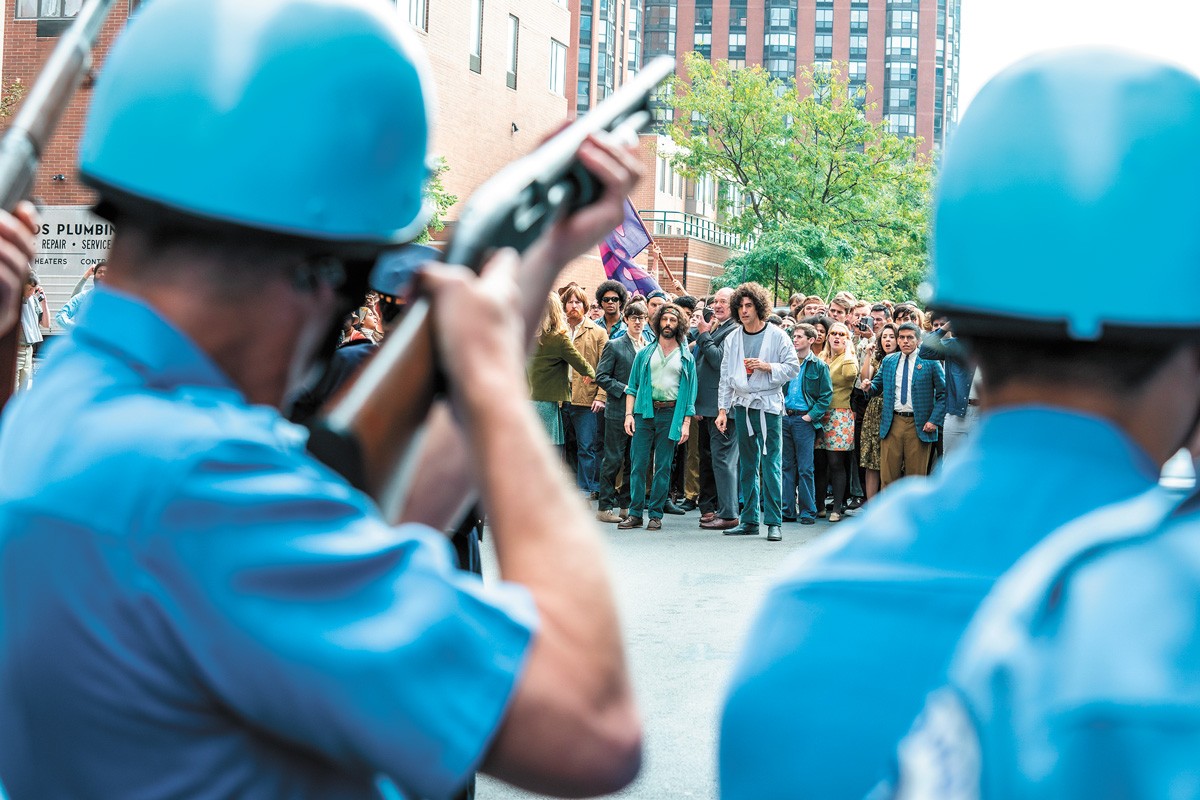 COURT OF PUBLIC OPINION
Maybe I'm just a sucker for a courtroom drama, but I enjoyed Aaron Sorkin's new film The Trial of the Chicago 7 (streaming on Netflix) despite it being one of the corniest movies in recent memory. Sorkin inherently knows how to pace this material — he wrote A Few Good Men, after all — and his take on the 1969 conspiracy trial of a group of anti-war revolutionaries, including Abbie Hoffman and Tom Hayden, is filled with his trademark purple dialogue and overheated performances from the likes of Eddie Redmayne and Sacha Baron Cohen. Did I laugh derisively at many scenes, including the maudlin ending? Sure did. But was I absorbed by it all? Somehow, yes. (NATHAN WEINBENDER)

THIS WEEK'S PLAYLIST
Some noteworthy new music hits online and in stores Oct. 30. To wit:

EELS, Earth To Dora. Main man "E" is in a happy place on the band's 13th studio effort.

ELVIS COSTELLO, Hey Clockface. Any new Costello album is reason to rejoice, and he's joined by Bill Frisell and Nels Cline on this one.

STEVIE NICKS, 24 Karat Gold Tour. A live document of Nicks' most recent tour. No word on whether skate boarding Ocean Spray guy has another vid in store. (DAN NAILEN)