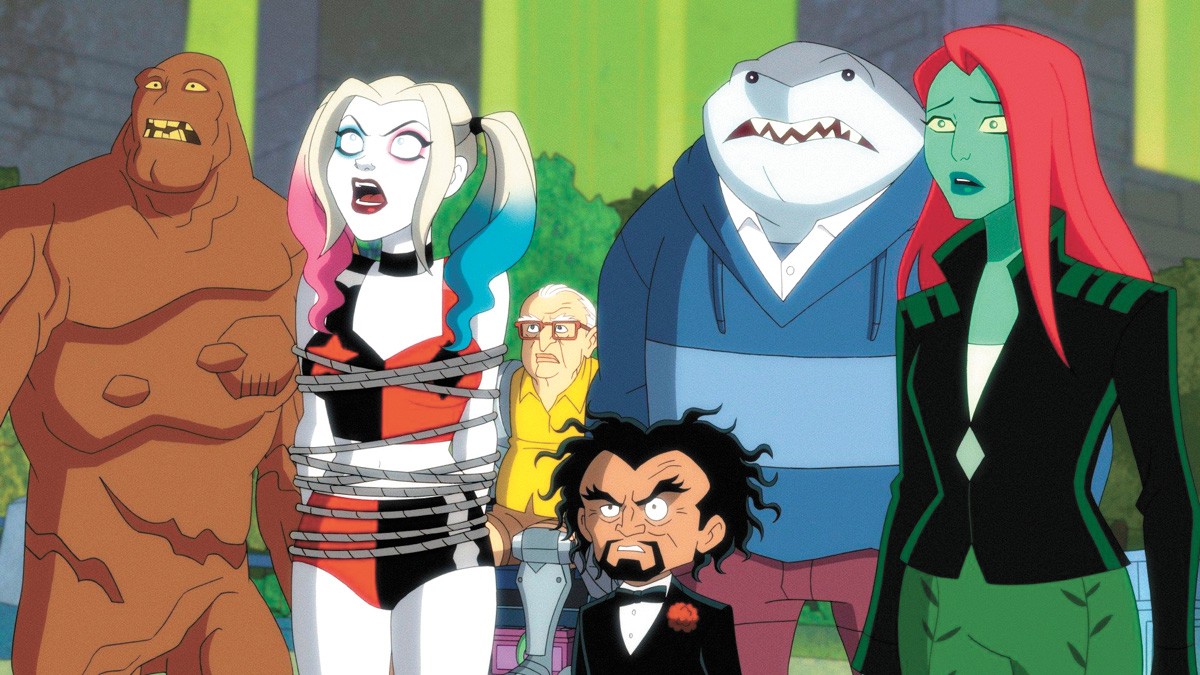 NOT A DOLPHIN
HBO Max's Harley Quinn animated series has all the subversive comic chops of the Venture Bros., with none of the convoluted mythology. Beat by beat, the jokes in the show — focusing on Joker ex-girlfriend Harley Quinn learning to love herself a little more and a psychopathic killer clown a little less — are as good as the best comedic animated series out there. But nothing makes me laugh harder than the image of King Shark, a human-shark hybrid on Quinn's squad. Ha ha! The guy's a shark! Just look at his big dumb shark face! Ha ha ha! (DANIEL WALTERS)

LEAVE A MESSAGE
The story behind new podcast The Apology Line sounds like film noir, but it's all real. Host Marissa Bridge recalls how her late husband, conceptual artist Allan Bridge, became dangerously infatuated with a 1980 project wherein he set up a toll-free phone line that allowed people to anonymously repent for past trespasses on an answering machine, with compilations of those messages released to the public. The calls ranged from mundane to harrowing, and the concept eventually coalesced around a strange community of regulars, including lonely hearts, pranksters and a menacing figure that Bridge comes to believe is a prolific serial killer. I binged all six episodes in one go, being pulled into the world of confession and obsession much like its subject. (NATHAN WEINBENDER)

WORD GAMES
The Oatmeal is at it again, with a new app that combines the fun of his card game Exploding Kittens with word-search games that are so popular. In Kitty Letter, your goal is not only to find words from a jumble of letters, but each time you find a word, you're sending out a troop of exploding kittens to attack your neighbor across the street. With the gleeful immaturity you've come to expect (for example, you can get extra tools to help, but they're pooped out on screen by a passing deer) and the flexibility of multiple game modes, it can keep you entertained for hours. (SAMANTHA WOHLFEIL)

BRING ON THE JANGLE
Brooklyn-based indie label Captured Tracks Records launched a compilation series called Excavations dedicated to exploring "forgotten music from the 1970s-1990s," and the first release will thrill any fans of early R.E.M. Strum & Thrum: The American Jangle Underground 1983-1987 is all catchy-as-hell tunes, the majority featuring that "jangle" guitar sound R.E.M. helped make popular. Of the 28 artists, I'd never heard of a single one, their careers mostly short-lived or confined to a particular region. And yet I find myself repeating songs by the Cyclones, Sex Clark Five and the Ferrets. An 80-page book included gives ample background on the groups, but why read when you can listen to some excellent "new" songs instead? (DAN NAILEN)

KINGS OF LEON, When You See Yourself. Their first album in five years, and the first couple songs indicate a pleasing new set for fans.