Whether or not you believe in Bigfoot, the Hulu documentary series Sasquatch is bound to suck you in with its outlandish story of hippies, drug dealers, brutal murders and, yes, a mythical woodland creature. Here's the hook: Investigative journalist David Holthouse recalls working at a Northern California weed farm in the early '90s, where a string of strange incidents, including some grisly killings, were attributed to a Sasquatch lurking in the woods. In his mission to discover if his memory is accurate, Holthouse finds actual answers, but they invariably blend fact with folklore. The saga ends on something of a minor note, but it at least has the good sense to last merely three episodes. (NATHAN WEINBENDER)

WHAT YOU NEVER KNEW ABOUT STONEWALL

Tune into podcast You're Wrong About to get schooled on what really went down in historical events shaped to fit the dominant narrative in America, while at the same time feeling like you're untangling a mystery. Each episode features extensive research and interviews with experts, with some playful banter mixed in. A personal favorite episode is "The Stonewall Uprising" on the event that comes to mind for many when LGBTQ+ rights are brought up. It's fascinating listening to hosts Mike Hobbes and Sarah Marshall explain how Stonewall remains debated because it is the only piece of LGBTQ+ history typically recognized by straight people and learning about the many factors that led to the uprising. You can find it on Spotify, Apple Podcasts, and Stitcher. (LILLIAN PIEL) 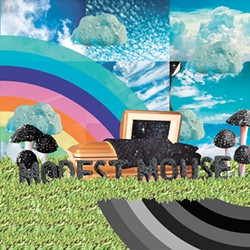 HISS GOLDEN MESSENGER, Quietly Blowing It. It's beyond time we made Hiss bandleader M.C. Taylor a star, America.

LUCY DACUS, Home Video. Her last album was one of the best of 2018, and early songs bode well for this one.