TACO DIPLOMACY
Talk about the U.S.-Mexico border is often fraught with negativity, focusing more on people who pass through (or want to) than on the region's permanent residents. In her new PBS series, La Frontera, chef Pati Jinich reframes the narrative, traveling both sides of Mexico's more than 1,200-mile border with Texas to explore culture, history, geography and, of course, food. That beef you're eating? It's a prime example of border cooperation from episode one, while episode two looks at a ranching family with roots predating any border wall. Jinich is a James Beard Foundation award-winning chef and host of Pati's Mexican Table, with an ebullient personality that makes the show as refreshing as a huge squeeze of lime. (CARRIE SCOZZARO) 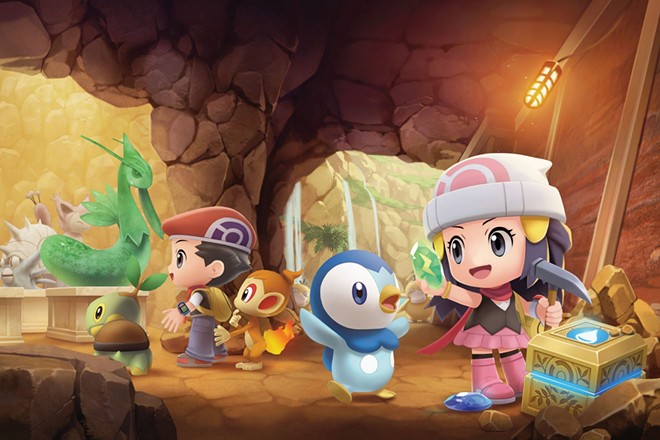 OOH, SHINY!
Yes, the release of Pokémon Brilliant Diamond and Shining Pearl fell on my birthday this year; however, I was way more excited about one of those things than the other. The feeling of turning a year older is nothing compared to the feeling of nostalgia while playing the newly remade version of your favorite childhood video game. And let me tell you, it did not disappoint. I felt 10 years old again: choosing Piplup as my starter, setting off to explore the Sinnoh region and collecting as many gym badges as I could before sleep caught up to me. I know that remakes are often disappointing and not worth the price tag, but the memories that I was able to relive were worth every penny. (MADISON PEARSON)

TOM MORELLO, The Atlas Underground Flood. The guitarist rages against single releases, putting out his second LP of the year, this one featuring contributions from IDLES, Manchester Orchestra, Rodrigo y Gabriela, and more.

VOLBEAT, Servant of the Mind. Volbeat is probably the premiere Danish metal band, but that raises the question: Who is the premiere Croissant metal band?