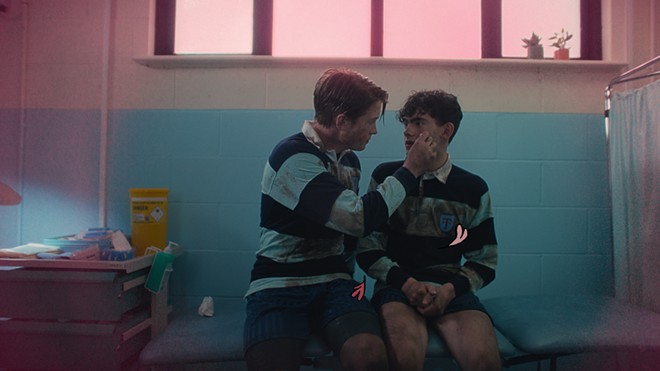 HEARTWARMING ADAPTATION
As a self-proclaimed book nerd, book-to-movie adaptations can either be a complete catastrophe or a smash hit. Heartstopper, the new Netflix adaptation of Alice Oseman's graphic novels of the same name, is the fluffy, queer romance we all desperately needed and, in my eyes, is extremely faithful to the original story. Nick and Charlie, the main characters of the eight-episode series, navigate bullying, coming out and complicated friendships all the while trying to keep their relationship a secret. The series only covers the first two volumes of the graphic novels, but if you're invested in their adorable snow days and Nellie the dog as much as I am, you can find the other three volumes online or in any place books are sold. (MADISON PEARSON)

EVER LISTENED TO A BOOK, ON WEED?
I only recently started listening to books, thanks to the Libby app that lets me use my Spokane Public Library card to access them, and I just finished Seth Rogen's 2021 memoir-of-sorts Yearbook. I can happily report that even if you're not a fan of his movies, there's a lot to love as Rogen regales listeners with tales of growing up Jewish in Vancouver, B.C., many (MANY) weed and psychedelic experiences, and odd encounters with celebrities like Snoop Dogg and George Lucas that really enhance Rogen's image as a "regular guy." I genuinely LOL'd more listening to Yearbook than I have at any of his movies, and the audio experience is particularly recommended as many of the famous folks from his stories provide their own dialogue, including Sacha Baron Cohen, Nick Kroll, Tommy Chong, and Rogen's parents. (DAN NAILEN)

THIS WEEK'S PLAYLIST
Noteworthy new music arriving in stores and online May 20: