Farmers market season is here, Inlander publisher inducted into Hall of Fame and more you need to know

Farmers market season in the Inland Northwest is about to kick off; here are opening dates for some area favorites: 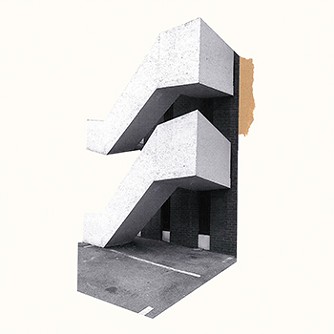 Some noteworthy new music arrives online and in stores May 4. To wit:

BELLY, Dove. The '90s alt-rock darlings put Tanya Donelly back in the spotlight, where she belongs.

DAMIEN JURADO, The Horizon Just Laughed. The Seattle songwriter is simply one of the best.

D.O.A., Fight Back. The old-school Vancouver, B.C. punks have a fresh album and stop at the Pin! on June 16.

LEON BRIDGES, Good Thing. Bridges proved one smooth operator on his breakthrough debut. Can he do it again?

SHAKEY GRAVES, Can't Wake Up. The rambunctious Texan puts out a batch of new tunes before his tour that includes Knitting Factory shows, Aug. 26-27.

You might not have heard of Michelle Wolf before her "controversial" roasting of everyone in the room at the recent White House Correspondents Dinner: Trump's administration, the Democrats, even the media outlets hosting. Wolf honed her topical chops writing for Late Night with Seth Meyers and the Daily Show with Trevor Noah, and while Sarah Huckabee Sanders' fans probably don't have any interest in hearing more, the rest of you should delve into her recent HBO special, Michelle Wolf: Nice Lady, in which she tackles feminism, sexist texting and modern romance. Consider it a warm-up for her new Netflix series, The Break with Michelle Wolf, launching May 27. (DAN NAILEN)

That collective groan you heard last weekend? That was the sound of a Spokane population exasperated with another Rachel Dolezal news cycle as the new Netflix documentary, the Rachel Divide, was released. Much of it rehashes what you already knew about Dolezal. What's new, and at times heartbreaking, however, is when the documentary explores Dolezal's quest for national attention at the cost of her community and family, most notably her son, Franklin. The documentary asks a critical question: Setting aside the fraudulence of her rise to prominence, does Dolezal realize, or care, how her actions impact those closest to home? (WILSON CRISCIONE)

In a Tuesday morning ceremony, Inlander founder and publisher Ted S. McGregor, Jr. was inducted into the Spokane Citizen Hall of Fame — honored in the category of Innovation and Leadership — for, among other things, his work on the Inlander and as the Riverfront Park Committee chairman on the Spokane Park Board. Among the other 2018 inductees were Ken Spiering (Arts and Letters); Tom Simpson (Economic Development and Business); Father Bernard Coughlin (Education); Lois Stratton (Public Service and Philanthropy); and Drs. Deb Harper and Katherine R. Tuttle (Science, Health and Medicine). (JACOB H. FRIES)