Disgraceland's tales, Another Period's demented history and more you need to know now

I'm a sucker for anything historical, especially works that lean feminist. And while Comedy Central's Another Period is at least (kind of?) one of these, it's also the opposite of my all-time favorite series, Downton Abbey. Now airing its third season, Another Period is the raunchy, Americanized version of Downton, but instead of fighting for women's liberation á la Sybil Crawley, the daft and entitled Bellacourt sisters Beatrice and Lillian (showrunners Natasha Leggero and Riki Lindhome) are determined to maintain the status quo of their pampered, wealthy lives. With a regular cast of familiar names, and plenty of fun cameos, this show is the Downton Abbey-meets-Keeping Up with the Kardashians satirical escape we all deserve. (CHEY SCOTT)

Some noteworthy new music arrives online and in stores March 23. To wit:

GUIDED BY VOICES, Space Gun. I believe this is the 1,129th official release from lo-fi heroes GBV. And it's awesome!

JACK WHITE, Boarding House Reach. Any guesses what old-fashioned music trend Mr. White will mine for inspiration this time?

Maybe you tolerate your rock stars behaving badly. Maybe you've even come to expect it. For some musicians, it comes with the territory, and the stories can sound so fantastically depraved as to be unbelievable. Did Jerry Lee Lewis kill his fifth wife and get away with it? How did influential soul singer Sam Cooke, "Mr. Wonderful," come to be shot dead by a motel manager? And we know punk rocker Sid Vicious died of a heroin overdose. But did his mother actually deliver the fatal hotshot? Jake Brennan, host of a new true crime podcast, Disgraceland, recounts each of these stories in a compelling, across-the-bar style that's fitting of the icons at their center. (MITCH RYALS)

Avast ye scallywags, Sea of Thieves launched on Xbox One on Monday night. And it. Is. AMAZING. Trading complex story structure and detail-oriented graphics for simple, playable swashbuckling fun, Sea of Thieves has plundered my heart with an immersive and visually striking atmosphere. Everything in the game is manual, from unfurling the sails to steering your sloop, dropping your anchor and exploring the many uninhabited islands on foot. Get the game for free with the Xbox Game Pass, a sort of Netflix-like service that costs $10 a month. Make sure you cancel your weekend plans in advance. (QUINN WELSCH)

If you're a world cinema buff and aren't subscribed to FilmStruck already, get on it. The streaming service (filmstruck.com), which boasts a vast selection of international and arthouse movies, recently acquired more than 600 titles from the Warner Bros. archives. Among the classics added to the site: Citizen Kane, Casablanca, Singin' in the Rain and Who's Afraid of Virginia Woolf? It's a one-stop film history primer. A monthly fee of $10.99 lets you stream FilmStruck's complete library, including hundreds of films from the Criterion Collection. (NATHAN WEINBENDER) 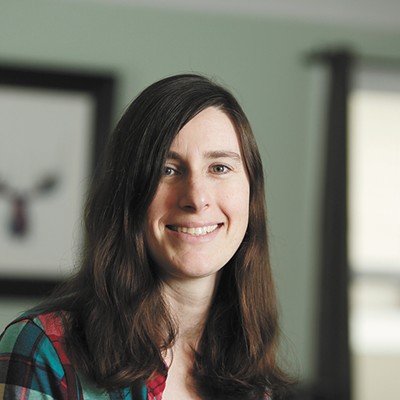