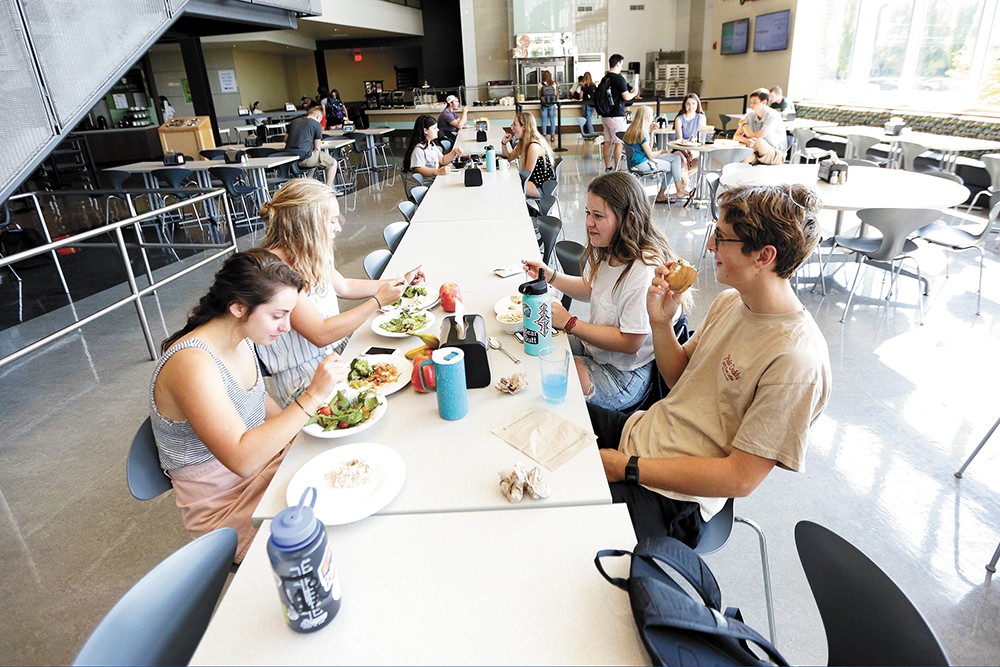 At Gonzaga University, Emily Banick wants to change the way we use food. As program manager for Gonzaga's branch of the Campus Kitchens Project, a national nonprofit based in Washington, D.C., dedicated to reducing waste in college dining halls, she works with the school and its students to repurpose unused food. Gonzaga's Campus Kitchen is the first and only of its kind in Washington state, operating since 2005.

"We had over 100 students that we worked with this year. Students collect food, volunteer [to] cook, send meals out, serve, garden," Banick says. "We grow fresh organic produce for our meals in the summertime."

Through the Campus Kitchens Project, leftover food from Gonzaga's campus dining halls and a few other sites on and near campus feeds people instead of dumpsters.

Since 2005, Gonzaga's Campus Kitchen estimates it's redirected more than $781,000 worth of food back into the Spokane community. If food can't be served, Campus Kitchens turns it into compost used to fertilize community gardens.

Even so, the program does face some challenges.

"Because our program runs primarily on donations, there is not much consistency," says Campus Kitchens worker Kellee Kikumoto. "Some weeks we receive lots of food and in other weeks not much at all. The scrambling can be extremely stressful."

Before she started working at Gonzaga's Campus Kitchen through AmeriCorps, Kikumoto volunteered there as a student.

"In our program, food is the vessel that brings us together in our humanity. It creates a space to sit with another person, to be with them and to love them for whomever they are no matter where they come from or what they have experienced," she says. ♦