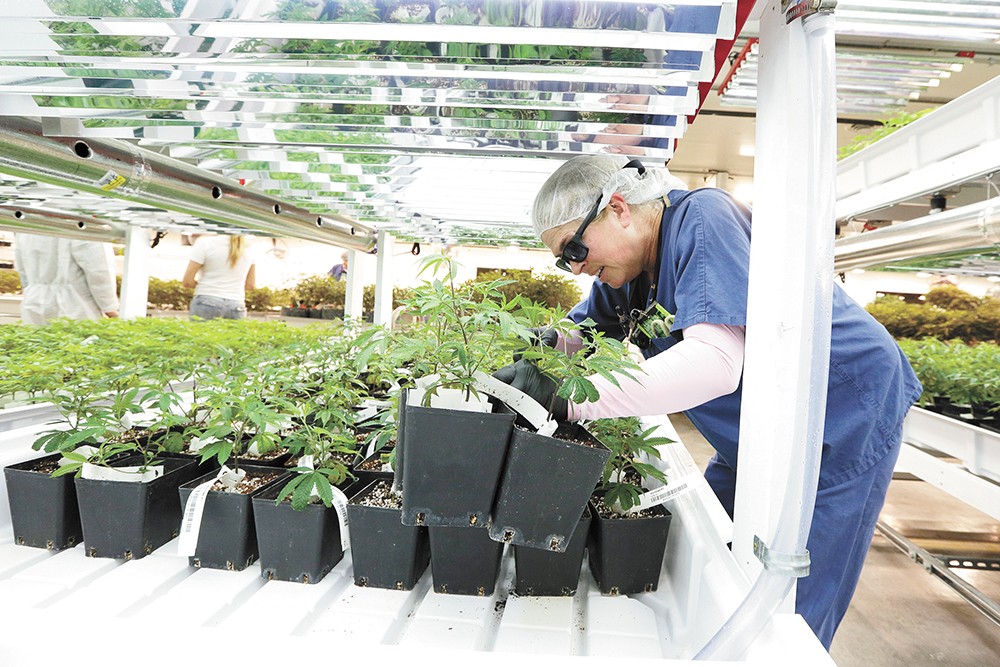 Legal marijuana might be putting dealers out of work, but it's definitely not harming the job market in general.

Some of this growth can be simply attributed to the fact that legal marijuana continues to spread from state to state. Michigan and Illinois opened legal markets since last year's report came out. That's not the only driver of growth, though. Our state was one of the original legal markets in the nation, and growth continues here in Washington, too.

The Evergreen State saw an 8 percent uptick over last year and is now home to 23,756 cannabis industry jobs.

Leafly puts together its report not just because it's a massive cannabis website, but also because nobody else does a good job of tracking the industry. The report points out that the U.S. Bureau of Labor Statistics doesn't even try to count legal marijuana jobs — which makes some sense considering cannabis remains illegal in the eyes of the federal government.

A quick look at popular job-hunting website indeed.com shows just how far the industry reaches. It's not just growers and budtenders, after all.

The city of Portland is currently searching for a Cannabis Program Supervisor. It's a government job with a salary projected by Indeed to reach up into six figures. Dharma Pharmaceuticals out of Virginia is looking for an applicant with a master's degree to fill a lead scientist opening. Whoever fills the position will literally be a scientist with a six-year college education. This is the modern marijuana industry.

Of course, there are still the growers and the budtenders. A lot of them. According to Leafly, there are twice as many cannabis workers in Illinois than meat packers. It's not exactly The Jungle anymore. ♦

The original print version of this article was headlined "Stimulus Package"