Not everyone who's run against Al French dislikes him. Former city councilmen Steve Corker and Steve Salvatori both faced off against French, and both heap praises upon him today.

That isn't the case with Bonnie Mager, the county commissioner French defeated four years ago. If anything, her opinion of him has only gotten worse.

"He used to be a little slippery and be able to slide out of the ethics complaints ... but now I think basically, based on his increased power, that there is more of a darkness to it," Mager says.

Last time, the race between the two was ugly: On his campaign site, French listed fans of Mager who'd friended him on Facebook as his own supporters, even after they asked him to take their names down. For her part, Mager highlighted the ethics complaints against French.

French also dug through records regarding Mager's personal property, using them to argue that she was "apparently abusing a program designed to assist legitimate members of the agricultural community." Mager says she was just required to show she qualified for a tax exemption for selling hay on her property — and later did. (French says he had nothing to do with an anonymous email and signs inaccurately accusing Mager of falsifying records and owing taxes.)

Mager, a longtime activist for neighborhood and environmental rights, lost by little more than a percentage point. Afterward, she didn't think she'd run again. But had she been in office, she says now, she would have been able to stop the controversial Urban Growth Area expansion.

"I waited for a long time to see if somebody else was going to step up. The more I saw, the more I recognized how valuable having some balance on the commission was," Mager says. "Even if it's a 2-1 vote, you can stop a lot of bad things from happening."

that Mager's ideology is more anti-corporate and skeptical of developers than French's. She was part of a campaign pushing for a constitutional amendment to limit corporations' political power in America.

Soon after Mager announced she was running, attorney Mary Lou Johnson announced she'd be the Democratic candidate for county commissioner. (This time, Mager is running as an independent.) 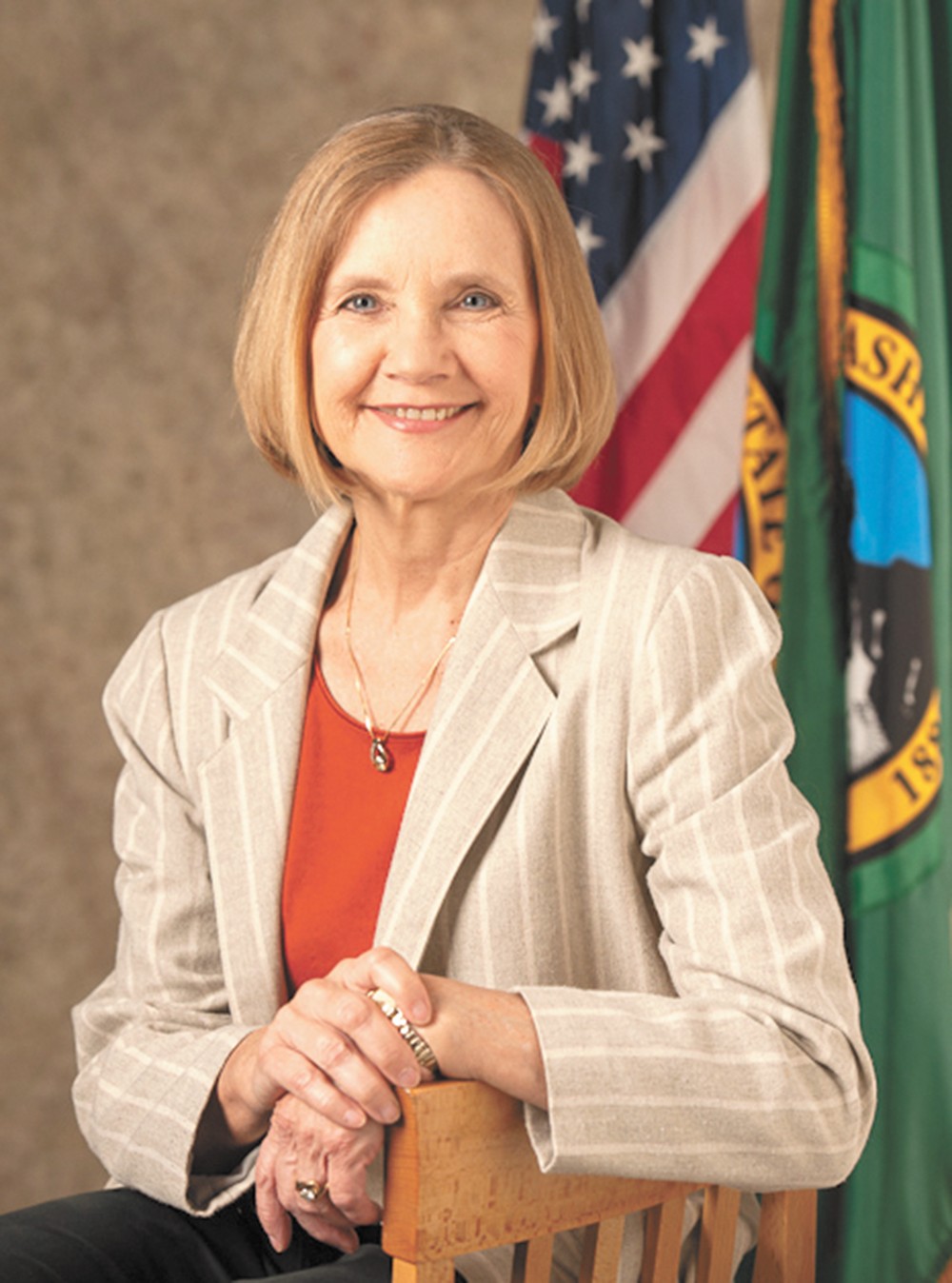 Mager and Johnson share many views. They both ding French for his solid waste coalition negotiations and developer-friendly philosophy. For her part, Johnson, a former nurse practitioner and federal court clerk, spent years working with the Federal District Court's drug court program and volunteering as an attorney with the Center for Justice.

She has been a key figure in the Smart Justice coalition, a group advocating that the local justice system focus more on rehabilitation instead of prison. She says she'd be far better than her opponents at enacting criminal justice reform. Law enforcement and the jail are by far the county's largest expenditures.

"What kind of background do they have in the area where 74 percent of our budget is exposed?" Johnson asks of her opponents. "If I had been county commissioner, I would have looked at 'Were those dollars being well spent? Were we doing evidence-based approaches?'"

These days, the county is generally receptive to Smart Justice reforms. French, though, still believes the possibility of a new jail is a necessary motivator to make rehabilitation programs work.

"There is verbal support for reform. That's encouraging, but I want to make sure these things happen," Johnson says. "Verbal support doesn't get you very far."

Johnson says she'll be able to bring together disparate groups better than either of her opponents.

"I don't think either of them has mediation experience," Johnson says. "I haven't been aware of [them using] a collaborative, successful, problem-solving approach where you move beyond your differences."

But Mager emphasizes that she was able to get things done as a commissioner, even when she disagreed with the rest of the board. She opposed the purchase of the Spokane County Raceway, but says she saved the county $1 million on the purchase by trading land they didn't need for sewer and water connections with Airway Heights.

"I made lemonade out of those lemons," Mager says.

And she disagrees with developers who accuse her of being anti-growth. "I'm not against development at all," Mager says. "I'm against suburban sprawl."

Where Mager and French make confident pronouncements, Johnson's rhetoric takes a more cautious middle ground, stressing the need to have all the facts. She disagrees with Mager's vote for the county to not express an opinion on the Spokane Tribal casino project, for example, but she's critical of the roughly $400,000 of taxpayer money that's been used to oppose it.