Distilled: Crying in our beers 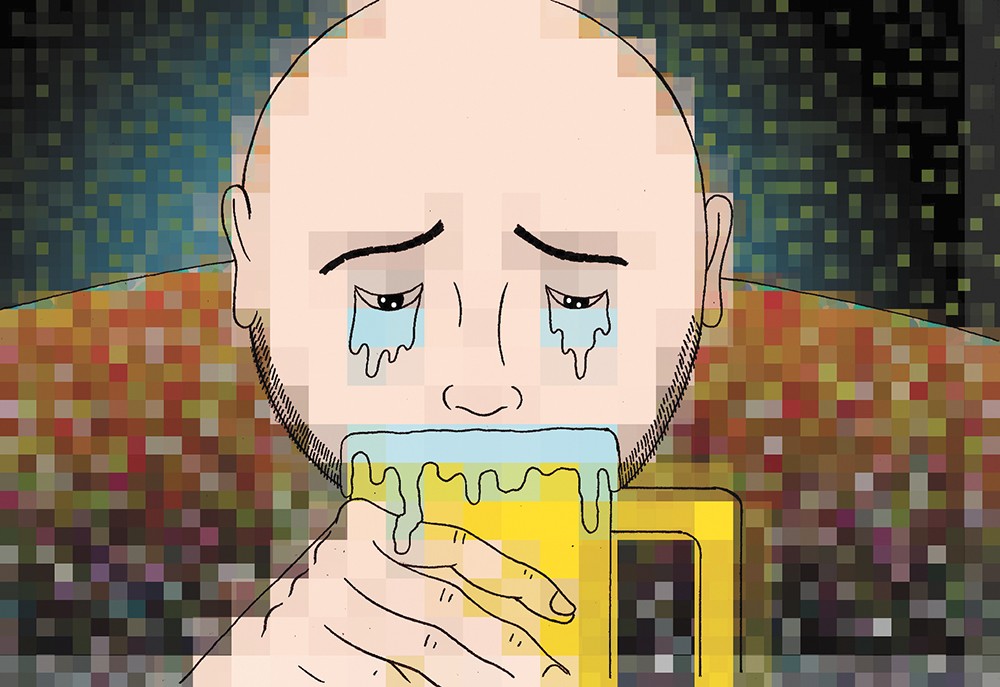 The fix is in.

By the time Leslie Lowe, KHQ TV's always bubbly weathercaster, starts her story, people are primed. They had come with sober purpose — raising money for Coaches vs. Cancer and the local chapter of the American Cancer Society — but right now, in this moment, the hours spent around an open bar are taking their toll. Later tonight may come melancholy, tomorrow will surely bring a hangover, but as Lowe strides in a white dress to the front of a Davenport Grand Hotel ballroom, people are floating in that woozy netherland, where emotions bubble out like shaken Champagne.

When Lowe starts her speech with giant tears in her eyes, the room falls silent. Women reach for tissues, men wrap arms around shoulders. Lowe begins.

"My husband Brent and I met 12 years ago. We dated for seven months, fell in love and got married. We had five kids between us... We decided at the time that we wouldn't be 'stepparents' and the kids would not be 'stepkids.' His kids became mine, and mine became his. My kids called him Faja Brent and I became Mama Leslie. Two of the kids were a little more spirited than the others — Melanie and Marisa. Not only had they become sisters but best friends. They did everything together, including getting in trouble together...

"But nothing could've prepared us for what was next."

In January 2011, Melanie told the family she had been diagnosed with cervical cancer, Lowe tells the hushed room. But she caught it early, did the right things and is now fine. Less than two weeks after Melanie's terrible news, however, came a second blow.

"I'll never forget, we had just the night before attended a cancer fundraising event. Marisa had just moved home from Seattle and had been complaining of a hard lump in her stomach, some weight gain. She's a little, teeny tiny thing, so that was a good thing, right?

"The night after we attended the cancer fundraising event, we found ourselves in the ER at Holy Family Hospital... I remember at one point asking her if she thought she could be pregnant, and praying to God she would say yes. That would be the least of our worries. The next few days after that are a blur. Marisa was diagnosed with Stage 3C ovarian cancer; the cancer had taken over both ovaries and her uterus and part of her lower intestine. She had to have a full hysterectomy and part of her lower intestine removed. No girl at the age of 23 should ever have to go through that. No one should have to go through that.

"I asked Marisa if she would like to come tonight and share her story. But she's not been feeling well. She gets tired very easily. But she asked if she could write down a few things that I could share."

Lowe is bawling as she opens a letter onstage. Between sobs, she reads the note from Marisa, who describes how she's come to understand "blessings" after living with cancer for the past four years.

"Why am I blessed in my life? Believe it or not, this question is easy to answer now. I am blessed by cancer. I have seen the ultimate level of care, love and dedication my family and friends will reach to help me stay alive. I am blessed by cancer because I have a new view on the value of each day... Having cancer forced me to let go of the illusion of control of my life. So every day I take in that extra ray of sunshine, eat that extra cookie and accept that extra hug from a loved one."

Afterward — after the entire ballroom stands in applause, after tears are wiped away and breath is caught — Lowe strides back to her seat next to her husband. A job well done, wallets and purses soon open. Many in the room, meanwhile, take Marisa's sage advice to heart — and go find that extra ray of sunshine we call booze. ♦