The best funny movies heading your way this summer 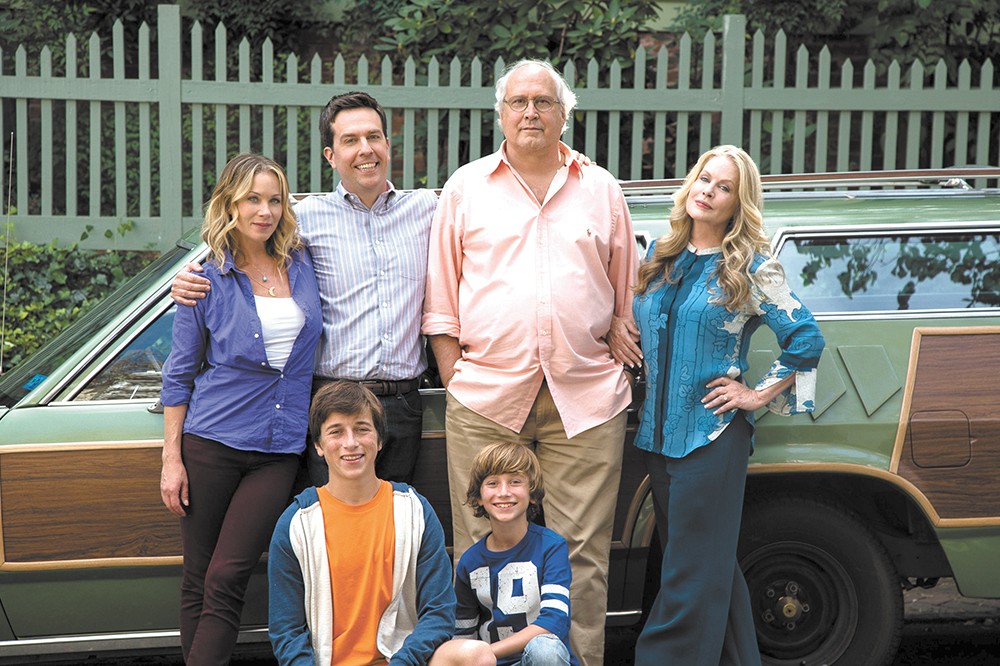 The Griswolds are back for another Vacation.

I would bemoan the filmmakers messing with the classic 1983 National Lampoon's Vacation if several lackluster sequels hadn't already shredded the memory of the inaugural Griswold family jaunt across the country. But maybe there's been enough time since 1997's wretched Vegas Vacation, the most recent theatrically released chapter in the series, to give the old Family Truckster another spin. In the new Vacation, Ed Helms plays Rusty Griswold (the fifth actor to tackle the role originated by Anthony Michael Hall) as an adult, trying to recreate his memorable childhood road trip to Walley World. He has his own wife (Christina Applegate) and kids now, and the rest of his family shows up, including Chevy Chase and Beverly D'Angelo — the only two to be in every Vacation flick — as now-grandparents Clark and Ellen Griswold. If this new version can capture even half of the glorious original's laughs, it could be worthy. There are certainly plenty of funny people on board this time around, including Charlie Day and Kaitlin Olson from It's Always Sunny in Philadelphia, Keegan-Michael Key, Nick Kroll and Tim Heidecker. Here's hoping Randy Quaid figured out a way to get his Cousin Eddie in the flick without being caught by the "authorities." Not yet rated (DAN NAILEN)

Jack Black gets back to the big screen (where he belongs) with this indie comedy in which he plays one of those dudes who insists on giving himself a nickname. In this case, that's Dan Landsman, aka "The D Train." As the head of his 20th high school reunion committee, Dan heads to L.A. to convince a classmate (James Marsden) who's now on a national TV commercial to come to the reunion. Rated R (MIKE BOOKEY)

Did anyone ever humiliate you in high school? Is there still some bitterness in your heart? Have you ever felt personally victimized by Regina George? If so, you can now live vicariously through Mindy (Eden Sher) and Jodi (Victoria Justice) as they plot revenge after falling victim to a mortifying prank executed by the high school Queen Bee (Claudia Lee). Tired of living under the reign of the "populars," the school misfits band together in this summer comedy. Not yet rated (HILARY KORABIK)

Director Paul Feig goes back to the well with Melissa McCarthy for their third movie together (Bridesmaids, The Heat). McCarthy plays a meek CIA agent thrust into an epic globetrotting adventure alongside professional ass-kicker Jason Statham and über-suave Jude Law as they try to hunt down sexy foe Rose Byrne, another Bridesmaids veteran. Expect the slapstick physical comedy and poetic obscenities that worked so well for the leading lady in her past collaborations with Feig. Rated R (DN)

"Vince is doing the movie!" The unique Four Loko punchbowl of Entourage mixed the mystique of celebrity egoism with the essence of douchey frat guy, garnished with a backward baseball cap. On the TV show, things looked like they wouldn't work out, there was a lot of panicking, and agent Ari Gold (Jeremy Piven), wearing sunglasses, would rant into a cellphone at a pool filled with generic babes in small bikinis. Maybe there'd be a Brett Ratner cameo if they really wanted a classy episode. Then movie star Vince (Adrian Grenier) would smile and shrug, and everything would work itself out. A tight crew of movie bros knew how to cut loose and have a good time. Expect the same from the movie, with a Warren Buffett cameo. Rated R (DANIEL WALTERS)

ME AND EARL AND THE DYING GIRL

In an unending parade of reboots and sequels, Me and Earl and the Dying Girl offers a breath of originality to the summer film lineup. The indie film was a huge hit at Sundance Film Festival, winning the Grand Jury Prize. With a wide release, now everyone can see why. In the film, high school student Rachel has leukemia and classmates/filmmakers Greg and Earl decide to make a film for her. Through it, themes of life and death, friendship and what it means to grow up are explored with tenderness and a witty, Juno-esque script. Greg's parents, played by Connie Britton and Nick Offerman, are especially awkward and wonderful. PG-13 (LAURA JOHNSON)

Perhaps no comic has enjoyed the sort of meteoric past couple of years as Amy Schumer. The foul-mouthed yet brilliant stand-up took her routine to the small screen with her excellent sketch comedy TV show Inside Amy Schumer while taking on awards-show-hosting duties and demolishing the late-night talk show circuit. The obvious next step is for Schumer to hit the big screen, which she does with Trainwreck, a script she penned with plenty of influence from her own well-documented and apparently disastrous love life. Here, she teams up with king of funny Judd Apatow, who directs Schumer as the lead character, a career-focused thirtysomething who prides herself on staying single. But when she meets a goofy sports doctor (Bill Hader), she has to re-evaluate her stance on just about everything. Fun fact: LeBron James plays himself in the movie. Rated R (MB)

One of the brighter gems of the summer slate is this no-way-it-can't-be-hilarious comedy directed by Jared Hess (uh, Napoleon Dynamite anyone?) with a script by former SNL writer Emily Spivey and Eastbound & Down's Jody Hill and Danny McBride. Sound cool? There's more: it's based on a 1997 armored car robbery in North Carolina that made huge headlines after a few bumpkins managed to steal more than $17 million in cash. If your comedy senses aren't salivating yet, you should know that the film stars Zach Galifianakis and Kristen Wiig as the security guards-turned-robbers and Owen Wilson as an accomplice. Jason Sudeikis, Kate McKinnon and Ken Marino also star. Not yet rated (MB) ♦