The Commodores' William King talks about the early years on the road, basketball with Marvin Gaye and the magic of Motown 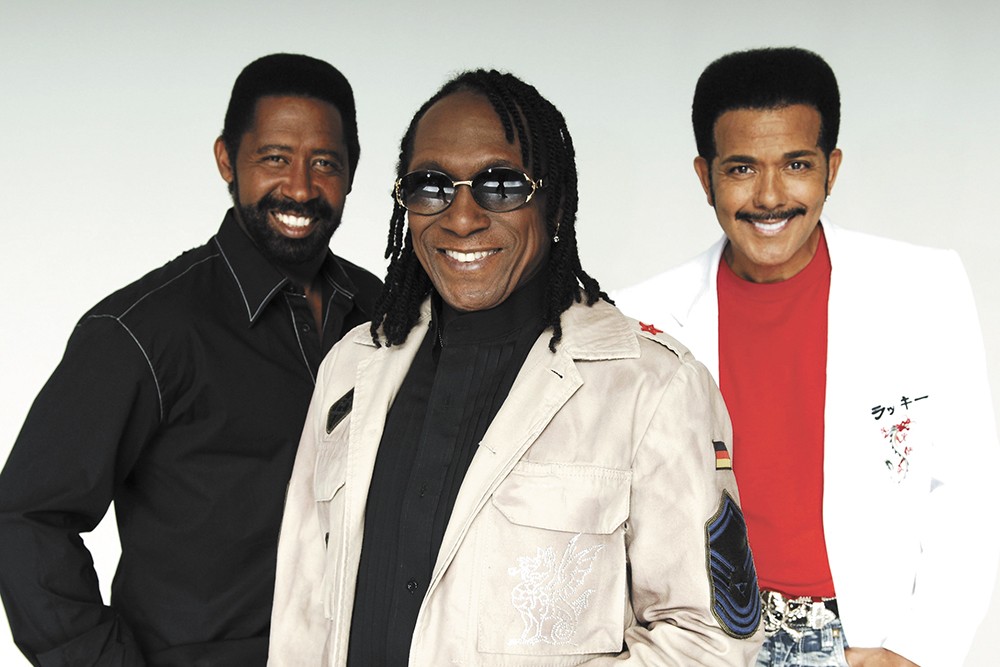 Legendary R&B group the Commodores began their musical journey jamming in the basement cafeteria of Tuskegee Institute in Alabama. It was 1968 and R&B was king.

"We were all freshman there, 17, 18 years old, having a great time," William King says. "I ran into [Lionel] Richie in a pool room and we started talking. He played saxophone. I played trumpet. We said, 'Let's get together and play some music.'"

Covering Top 40 hits by James Brown, the Temptations, the Four Tops and other popular groups of the day, the Commodores played college parties until branching out to Montgomery, Birmingham, Atlanta and the rest of the South and East Coast.

"We formed the group to meet girls and play music," King says. "We were just having a great time. We'd come back from being on the road just to take exams. I remember having a flashlight in the van coming back from Washington, D.C., so I could study. It was a 14-hour drive, so we had to stop to get batteries for the flashlight. By the time we got there in the morning, the sentences in the exam would be blurred. It was rough, man, I got to tell you."

Following graduation, King was hired by a digital computer company to write software, but he couldn't do it. His heart was with the soul music of the Commodores. Opportunity came knocking in 1972 when the band was offered a contract with Motown, leading to national tours with the Jackson 5, Stevie Wonder and the Rolling Stones.

"It really was a family," says King of the fabled Detroit record company. "All those acts were really good together. They'd help each other out. If someone was around the studio, they'd sing background parts. Everybody was just having fun."

One time when the freshly minted group was scheduled to go into the studio, the executives told them they needed to amscray so Marvin Gaye could finish mixing his new single. Gaye never showed up.

"We were the new kids on the block, but we were pissed," King says. "A couple of nights later, we see him and we get him in the corner: five of us, one of him. We started laying into him verbally about taking our studio from us. That's when Marvin asks, 'Can we have this discussion on the basketball court?' All that anger we had we played out on the court, shooting it up at the hoop for hours."

According to King, the pickup game went on so long the Commodores missed their next studio session, thereby getting schooled by Gaye twice in one week.

"We'd have these deadlines," King says. "Word would come down: 'You got three more days,' when actually there was no way we could finish in three days. The pressure was on. They'd stop the session and read the riot act to us. They were trying to scare us."

Of course, the Commodores did find success with the title track to their 1974 debut album, "Machine Gun." They followed it up with a solid decade of hits including "Three Times a Lady," "Brick House," "Easy," "Nightshift" and many more.

"Every album we had back then broke gold," King says. "We were just on a roll. If we thought it up, it sold."

Five decades into their gloriously groovy career, the Commodores are sailing onward into legend with King and longtime band members Walter Orange and J.D. Nicholas at the helm.

"[Our fans] can expect all the songs they've heard on the radio and others," King says. "They're gonna reminisce on those great times they had with their girlfriend or boyfriend in school, in college, growing up. All those moments will come rushing back to them."

Reflecting with gratitude on his life as an artist, Kings says it's all about freedom, creativity and sharing your ideas with the world.

"When you are creative, just doing that is a joy," he says. "When you can actually get it out there, when you get people to look at it or hear it, that's another explosion that happens inside of you. Then it's not only good for you, but now other people love it, which sends a charge through you. But if you can get people to actually pay for it, then you can make a living doing what you do and enjoy what you do best in your life. No matter how you look at it, it is an explosion inside of yourself and a love that you wouldn't change for anything world." ♦

The original print version of this article was headlined "Sailing On"