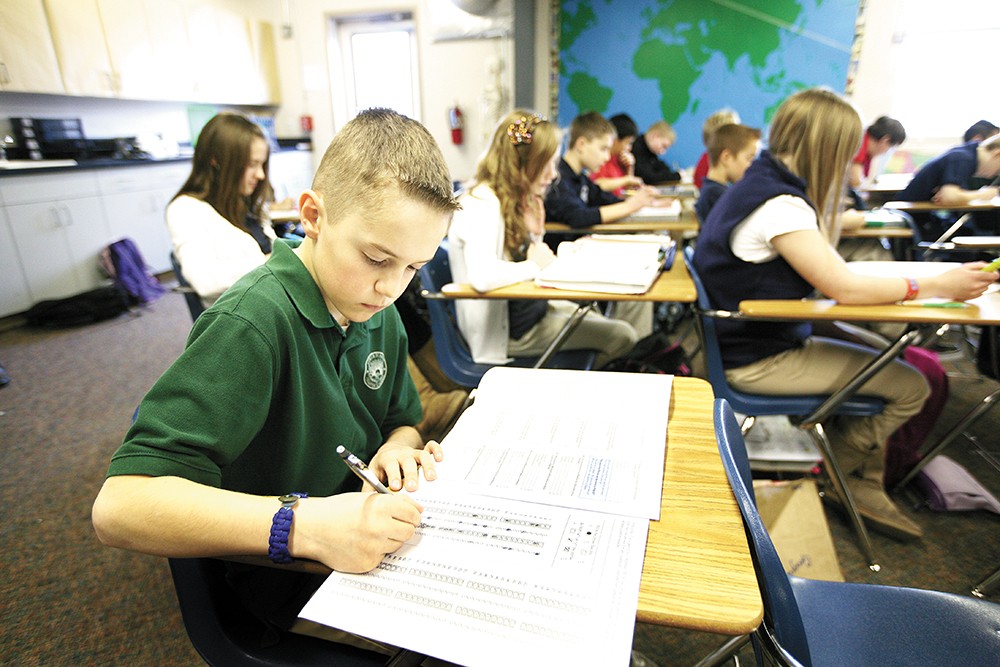 Spokane Public Schools stands alone: So far, it's the only district in the state that's seized the chance to become a charter school authorizer.

While publicly funded, charter schools are their own entities, outside district control. That means Spokane students attending charters may draw revenue away from the district. But the district's chief academic officer, Steven Gering, isn't bothered.

"That's the one thing that we're thinking about differently. We don't see it as a loss," says Gering. "It's another great option for kids and families."

While dozens of groups, mostly representing schools in the central or western areas of the state, have applied for authorization through the Washington Charter School Commission, three chose to go through Spokane Public Schools.

As they submit their applications this Friday, the three will pitch vastly different types of schools:

Brenda McDonald has never run a charter school. But she has plenty of experience as an educator in Spokane, having spent eight years as Garry Middle School's principal.

A charter school's freedom means she can make big changes to the school's schedule without bargaining with the teachers union. She envisions Pride Prep as having more school days — 190 days per year —and longer hours, with school days lasting from 7:45 am to 3:45 pm. (Starting salaries would be significantly higher to compensate.)

Those extra hours mean more prep time for teachers and more class time for students to get homework done. The extra days allow for an "intercession," a separate week where kids can focus on a larger project, each quarter.

"If we have students that are really interested in art, we might work on planning an arts program for young kids. It might be helping the MAC put together a type of exhibit," McDonald says. "We'll try to design it around what kids' passions are."

The school would equip every student with a tablet or laptop, she says, and focus on math, science, and world languages. Monolingual students, for example, would take Spanish starting in middle school.

"My entire career has been spent in our underserved community," McDonald says. "That's the community and demographic, and students we are most interested in providing this opportunity."

Existing schools: One in Lancaster, Calif., another in Castaic, Calif.

Instead of long lectures, iLEAD charter schools teach students by asking them "driving questions," letting them explore the idea in groups, then asking them to embark on big projects based on their discoveries.

"When adults get out of the way and kids are allowed to think and create, they create in-depth projects," says Dawn Evenson, a Whitworth College graduate and one of iLEAD's executive directors.

Students work on four or five different projects a year. Last year, 4th- and 5th-graders presented business plans in a style inspired by the venture-capitalist reality TV show Shark Tank. A Civil War project for 8th graders culminated in a Civil War reenactment, where students researched real-life people, then portrayed them. There were soldiers and abolitionists, doctors and Southern belles. Students emulating inventors re-created inventions from that era, and students playing cooks re-created the period's cuisine.

"The adults who went expected it to be much less evolved than it was, and they were just blown away," Evenson says.

Several Spokane-area high schools, like the Community School and Riverpoint Academy, are already somewhat project-based. But iLEAD would expand the idea to every grade, from kindergarten through 8th.

"We go beyond memorizing and test-taking," Evenson says. "We teach them skills that make them successful in life."

Academy of Arts and Sciences

Over the course of only two years in existence, the Academy of Arts and Sciences in California went from 82 students to nearly 1,000. That's the magic of virtual charter schools — they can grow very fast, very quickly.

Julie Troletti, director of operations for the academy, says the online model still requires students to put in classroom hours, but gives them a lot more flexibility over when they put in those hours.

At the academy, everyone — even kindergartners — takes lessons online. Teacher lectures, office hours and small group discussions are all conducted over the web. When a lesson calls for students to interact with physical objects, those objects are shipped directly to students at home.

When state standardized tests are given, churches and community centers near the students serve as temporary testing facilities. "If Mohammed doesn't come to the mountain, the mountain comes to Mohammed," Troletti says.

The Academy of Arts and Sciences still has a physical presence: Teachers work out of centralized, computer-lab-filled learning centers, where they provide students with extra help and guidance.

"We really offer an incredible academic program. Our students meet with our teachers one-on-one, either in-person or virtually," Troletti says. "We don't want them to fall through the cracks."

An outside group, the National Association of Charter School Authorizers, will comb through the three Spokane applications and offer recommendations. The Spokane Public School's board of trustees will give final approval.

Even if they're all approved, the law only allows for a maximum of eight charter schools a year — if authorizers approve any more than that, the names of the lucky eight will be pulled out of a hat, while the rest land on a waitlist.

The final decision will be made in February. ♦

The original version of this story misstated the current presence of iLEAD Schools.