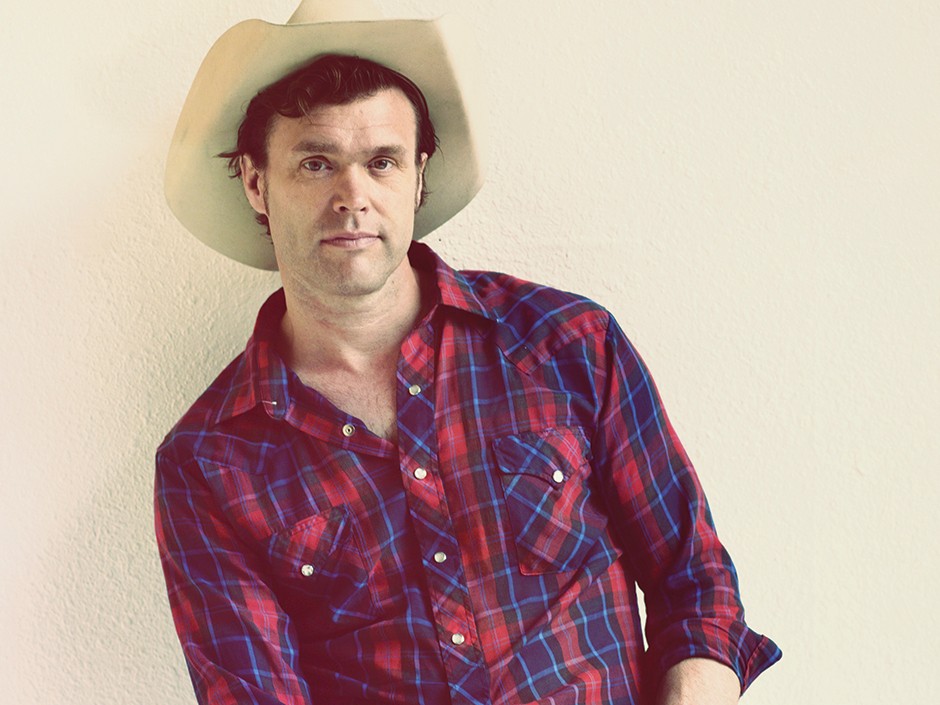 “What’s a cowboy?” Corb Lund asks. “The word cowboy gets thrown around so carelessly these days, it’s offensive and an affront to the culture sometimes. So I’m awfully gun-shy about going around saying I’m a cowboy when there are guys out there still working cattle for a living.”

So allow me (somebody who is actually “working cattle for a living”) to make a judgment call: Corb Lund is a cowboy. I know this because Corb’s grandpa and my grandpa raised hell together on the same Rocky Mountain prairies. Our dads climbed onto the same string of broncs in the summer rodeos. And even though Corb now leads a cattle-free life in an oil-rich Canadian metropolis, I usually see him with a guitar slung around his neck, standing onstage, testifying to a Western heritage that nobody but us cowboys can own.

“I grew up in the country,” Corb explains over the phone. “Both grandpas had family ranches, I can ride, sort cattle, I used to rodeo and I’m a really shitty roper. But I don’t do any of that now, I just sing about it.”

Just singing about it, of course, is a big part of the cowboy tradition — one that Corb has turned into his own brand of success. His music is a sort of highbrow honky-tonk, boom-chicka-boom country disco that Corb has failed to define but which has earned him a Juno award, a shelf of Canadian Country Music awards, not to mention an Americana Music Association “Emerging Artist” nomination for his sixth album. His most recent release, Cabin Fever, has drawn raves from the likes of the New York Times and Washington Post. And what they praise him for isn’t his generic curbside appeal, but his particular take on the Western world.

The nouns that fill mainstream country music — trucks, beer and girls — turn up in Corb’s songs too, but they’re brought to life by verbs and adjectives that Nashville wouldn’t touch. The truck gets stuck. The beer is switched for whiskey. And the girl leaves Corb for NYC. Veterinarians dispense horse tranquilizers to their human customers. Ropers dally off their own thumbs. A boy learns that his horse just died. Bovine alfalfa bloat ruins lives. Rockabilly goth chicks cuddle up next to suicidal gunmen, hard-drinking Mormons and unneighborly Christians.

“I’m a naturally curious person,” Corb says. “As much as I love the West and Western people and cowboy stuff, there are many topics and areas of interest that 97 percent of rural people don’t seem interested in. My dad was an exception to this and an inspiration. He was a renaissance cowboy; an artist and a veterinarian and a rodeo hand and a cattleman.”

That worldliness is something Corb has inherited. I’ve personally witnessed him work up a tavern full of Seattle hipsters to hollering “Yeehaw!” I’ve seen him inspire off-the-grid vegans to jump to their bare feet and start dancing on the grass to his oil rigger tribute “Roughest Neck Around.” And I’ve watched mineral-rich landowners doff their caps for his anti-exploitation anthem “This is My Prairie.” Someone even rode a horse into one of his shows.

“One of the things I’m most proud of is the diversity of our audience,” Corb says. “It truly is a wide audience. We play about half country festivals and half folk/songwriter/underground country fests. It’s a good mix. I would always have thought rural people would get the most out of my songs, but lots of urban types seem to pick up on it, too. Maybe it’s exotic. Or maybe they just like the boom-chicka-boom.”