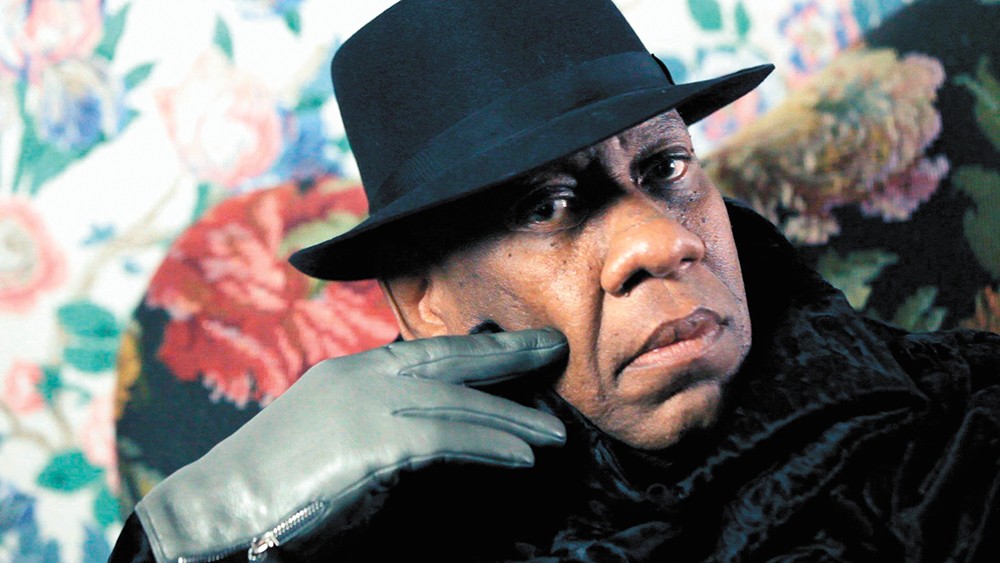 The man, the myth, the well-dressed legend: André Leon Talley.

I knew next to nothing about

André Leon Talley, the fashion writer and influencer who's the subject of the documentary The Gospel According to André, as I walked into the theater. Consider it a consequence of my general ignorance about the world of haute couture. But the film presents a compelling remedial portrait of a man who is basically the Zelig of fashion: He's met everyone and gone everywhere since rising to prominence in the 1970s, and yet he hardly seems to have a personal life.

Talley was raised by his grandmother in the conservative Baptist community of Durham, North Carolina, and he recalls revelling in the escapism of fashion magazines as the Civil Rights movement roiled around him. After graduating from Brown University, Talley became an apprentice in the costume wing of the Metropolitan Museum of Art under Diana Vreeland, whose dramatic flourishes and speech patterns he seems to have inherited. He went on to write for Interview magazine and was later an editor for Vogue, where his photo spreads tackled race and class in playful, radical ways.

Now nearing his 70s, Talley is a towering figure, both literally and figuratively. He's 6-and-a-half feet tall and portly, and he almost resembles a buddha in flowing floral caftans that practically swallow him whole. But his taste still holds power: His stamp of approval on a designer's new collection — or, as it turns out, a First Lady's gown — is not to be taken lightly.

Director Kate Novack's film follows a standard bio-doc format, combining contemporary footage of Talley's daily routines with talking head interviews (Marc Jacobs, Anna Wintour, Karl Lagerfeld) about what a bellwether he is, all of it accompanied by archival photos and footage. Although he was a fixture of the New York club scene at its wildest, Talley was (by his own admission) something of a puritan, partying with Andy Warhol, Diana Ross and Divine at Studio 54 without ever indulging in, uh, extracurriculars.

"I went for the dancing," Talley assures us, "not for the decadence."

That observation seems to sum up Talley's general temperament, because it becomes quite clear that he is both a byproduct of his conservative background and a staunch repudiation of it. It's true that his own aesthetic is inspired by the style of the South in the '50s, where Sunday church service was treated like a fashion show. But there's also some frank discussion about how Talley — flamboyant, outspoken, fluent in French — never felt like he conformed to the perceived and narrow-minded norms of black masculinity.

Talley doesn't really discuss his sexuality outright, though he does tell us he's never been in love. The subject of race, however, is dealt with more explicitly, though not always by Talley himself; it's mostly Novack's interviewees who marvel at the notion of a black man from the Jim Crow South seamlessly enmeshing himself within a culture that was overwhelmingly white and bohemian. There is an extraordinary moment, one of the only emotionally vulnerable ones in the film, in which Talley breaks down while detailing the racially intolerant things that acquaintances and colleagues have said to him over the years, and we get the sense that maybe he does still feel like an outsider, despite being a legend in his own field.

We sometimes get the feeling that Talley is deliberately holding us — and the filmmakers — at arm's length, which makes him both a fascinating enigma and a somewhat frustrating documentary subject. Considering that Talley spent years interviewing celebrities and tastemakers, he knows exactly when to reveal and when to withhold, when to gush and when to quietly ponder. He mostly does the latter, but his silence is nonetheless illuminating.

I was reminded of the excellent 2010 documentary Bill Cunningham New York, a profile of the late street fashion photographer that similarly tried to crack the code of a cryptic cultural figure. The Gospel According to André is often as entertaining as that earlier film, a lively profile of a man who changed a niche artform in ways that aren't necessarily perceptible. Even someone as fashionably out-of-touch as I found plenty to admire about the subject. ♦

The original print version of this article was headlined "Fashion Forward"

The Gospel According to André is not showing in any theaters in the area.