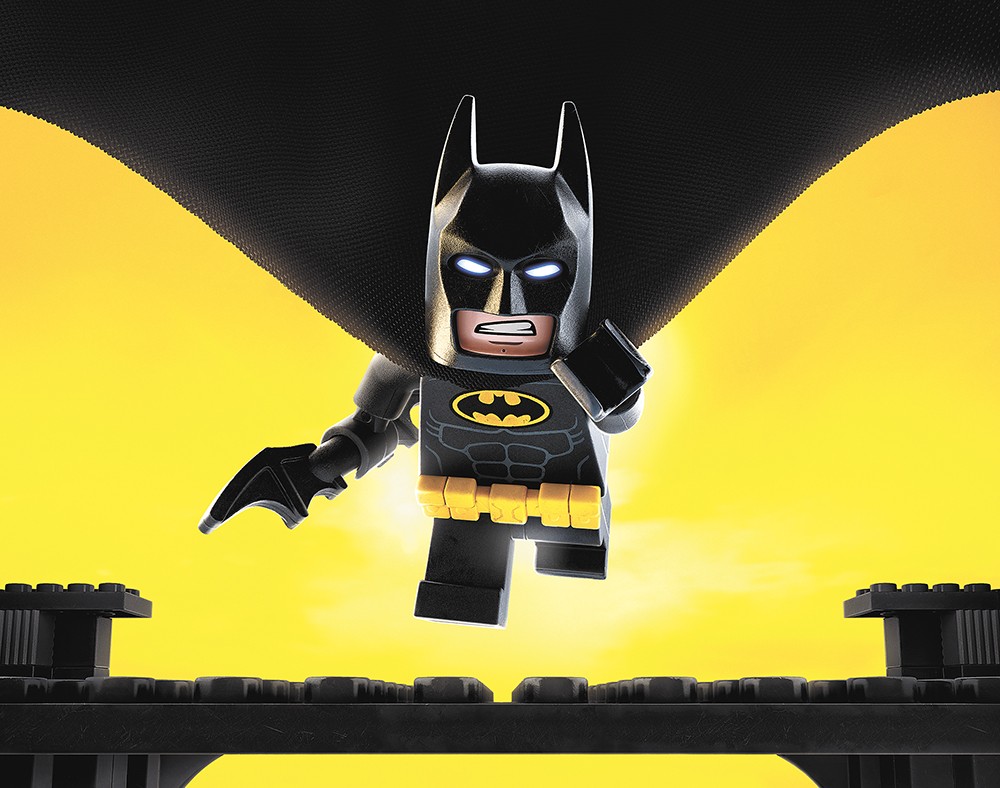 A Batman we can all get behind.

In 2014, The LEGO Movie was the kind of experience which gives a film critic that elusive sense of home:

Here was something that at first glance was simply a continuation of the movie industry's creatively bankrupt mining of familiar brand names and nostalgia, but instead turned out to be one of the year's best films. As written and directed by Phil Lord and Chris Miller, the improbably delightful animated feature found a brilliant game plan for turning this particular toy into a story: combining a child's anarchic sense of play with a savvy adult's perspective on how goofy yet inspired that play can look from a distance. That spectacularly earwormy theme song "Everything Is Awesome" didn't hurt, either.

So when it was announced that The LEGO Movie's breakout supporting character — Will Arnett's Batman, with his "darkness ... no parents" theme music — would get his own spin-off, it was worth granting the benefit of the doubt. As it turns out, The LEGO Batman Movie adds another level of self-awareness about the entire recent history of comic-book movies, making for a wonderfully engaging mix of action spectacle and genre parody.

Much of that parody is built around the cinematic history of Batman, right from the opening moments of Arnett narrating over "a black screen ... with edgy music." He's still a solitary, haunted figure who pokes around a cavernous Wayne Manor, so much so that he can't even admit to the Joker (Zach Galifianakis) that he needs the villain to give him purpose. That leads an emotionally wounded Joker to aim big for his next dastardly scheme: getting himself exiled to the Phantom Zone, so he can gather all of the most evil villains for one grand attack on Gotham.

The premise sets up the story as even more of an intellectual property free-for-all than the original, as a cavalcade of characters ranging from the Wicked Witch of the West to Voldemort to King Kong become part of the climactic battle. The manic approach to the action — now overseen by director Chris McKay, who served as animation co-director for The LEGO Movie — might seem dizzying, but that's part of what makes these movies feel as much like kids playing with their action figures as conventional big-screen blockbusters, right down to the way the sound effect for characters firing blasters is just people saying "pew pew pew." The LEGO Batman Movie is more than willing to take its Batman-movie predecessors down a peg, along with the entire current, ill-fated DC cinematic universe; it might be worth an additional star in the rating simply for the sick shade thrown at Suicide Squad.

But while pop-culture references certainly make up a healthy chunk of the jokes here, it's also a showcase for engaging character bits built around the voice performances. Arnett's gravel-voiced Batman might still steal the show with his ego-driven lone wolf routine, but he gets great support from Michael Cera (as a gee-whiz enthusiastic Robin straight out of the 1960s TV show), Ralph Fiennes (as an infinitely patient Alfred) and Ellie Kemper (as the perky automated guardian of the Phantom Zone). Most impressively, it finds a family-friendly way to develop a story out of Batman's trademark brooding loneliness, crafting a narrative out of his need to recognize the importance of his surrogate family (also including Rosario Dawson as new police commissioner Barbara Gordon). If there's one thing you generally don't expect to find in a story where Batman is at the center, it's the ability to describe it as "feel-good."

That particular story arc might not be as inspired a pairing of concept and the LEGO brand as the original movie's celebration of unfettered creativity, but that would be asking an awful lot. It's still a pleasure watching familiar action-movie tropes revisited through the herky-jerky movement of mini-figures, and getting the sense that a creative team is working hard to deliver fun, rather than resting on a pre-sold name. After two thoroughly entertaining movies — and a LEGO Ninjago Movie already in the pipeline — "LEGO Cinematic Universe" feels more like a promise than a threat. ♦

The LEGO Batman Movie is not showing in any theaters in the area.