The Double Life of Billy Tipton 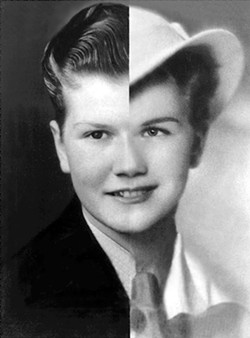 “I kept trying to figure out what she was,” says Diane Wood Middlebrook, author of Suits Me: The Double Life of Billy Tipton, from her home in San Francisco. “We have a lot of questions in 1998 that didn’t exist in Billy’s time. They didn’t have the terms ‘transgenderist,’ or even ‘cross-dresser,’ or hardly even ‘lesbian’!”

The absence of such categories no doubt made it easier for Billy Tipton, the jazz musician/entertainer born Dorothy Lucille Tipton in 1914, to pass as a man from age 19 until her death in Spokane in 1989. But it made it no picnic for her biographer. “This was a very hard book to write,” Middlebrook confesses. Her foremost problem was the dearth of material Tipton left behind. Middlebrook’s first biography, of the poet Anne Sexton, was uncommonly source-rich. Anne Sexton: A Biography whipped up a firestorm of controversy in 1991 when Sexton’s therapist availed Middlebrook of tapes of Sexton’s therapy sessions. By contrast, Tipton left her biographer next to nothing, with the exception of a few snippets of revealing showbizzy punning that Tipton wrote for stage routines. (Straight man: “How many sexes are there?” Tipton: “The male sex, the female sex and the insects.”) The lack of material was part of Tipton’s brilliance at diverting attention away from himself.

“When I found those stage routines, I was elated,” says Middlebrook, who grew up in Spokane. “Here I’d been in the interview trenches for three years, thinking, ‘Where is this guy? How can I lay my hands on this person?’ Finally the answer began to form, very slowly, around the notion that Billy’s character is the character of the actor.”

His deflective talent included an uncanny ability to surround himself with uniquely unobservant people. “The biggest surprise for me was discovering how most of the people who knew Billy — including the five women he called his wives — could supply so little detail about him.”

Perhaps this explains why the four of his wives who believed he was a man — one a stripper, one a former call-girl — could be so monumentally duped.

“One of his wives said to me, ‘Honey, I can’t wait to read your book — I thought it was a penis!”’ Middlebrook laughs. “I think these women had a lot at stake in being taken care of, in going along with the way of life Billy offered. He was a glamorous guy, they met him on a bandstand, he had the charisma of a star. As his fourth wife Mary Ann said to me, people insist on a certain level of privacy, and if you love them, you respect that. What kind of concessions do we make in intimate life to keep our own secrets, and to provide our lovers with space? Many people don’t like to be looked at, many people don’t want to be touched, many people like sex in the dark. Once that’s a given, it becomes normal. Because normal is a pretty broad band.”

Though Tipton’s story resonates at times as almost unutterably sad, Middlebrook came away uplifted. “The thing I liked about Billy from beginning to end was that she found a way to be happy,” Middlebrook says. “There was a jauntiness to Tipton’s ruse; a hearty sense of play that expressed itself in jokes, like the stage routines; she could enjoy with herself alone.

“One of the many young musicians Billy mentored late in his life recalled Billy advising him to cut his hair, saying, ‘I used to have long hair, but I didn’t get any work until I cut it.’ I think these jokes with himself kept him going,” Middlebrook explains. “He was always playing with the role he was in. I think the actual deception fascinated him.”

Middlebrook, a poet and literary critic who teaches English at Stanford, brought to the project her feminist assumption that all gender behavior is a mask. “I wanted to make it very clear the degree to which your own gender is a construct, and how much your identity reinforces it, how all your cues are designed to show that you are a woman or a man, and that the world will generally accept whatever cues you give off,” she says. And Middlebrook found her non-essentialist gender theory borne out by Billy Tipton’s triumphant hoax — mostly. “But there’s a question behind it that Billy’s life raises,” Middlebrook muses. “Why would a woman want to be a man? It’s not enough to say, ‘Because men were the ones who played the saxophone,’ though that’s a good start. No, Billy had a real yearning to be taken as a man. Is there something fundamental in that, something essentialist in that? I just don’t know.”