The Drink That Won't Go Away 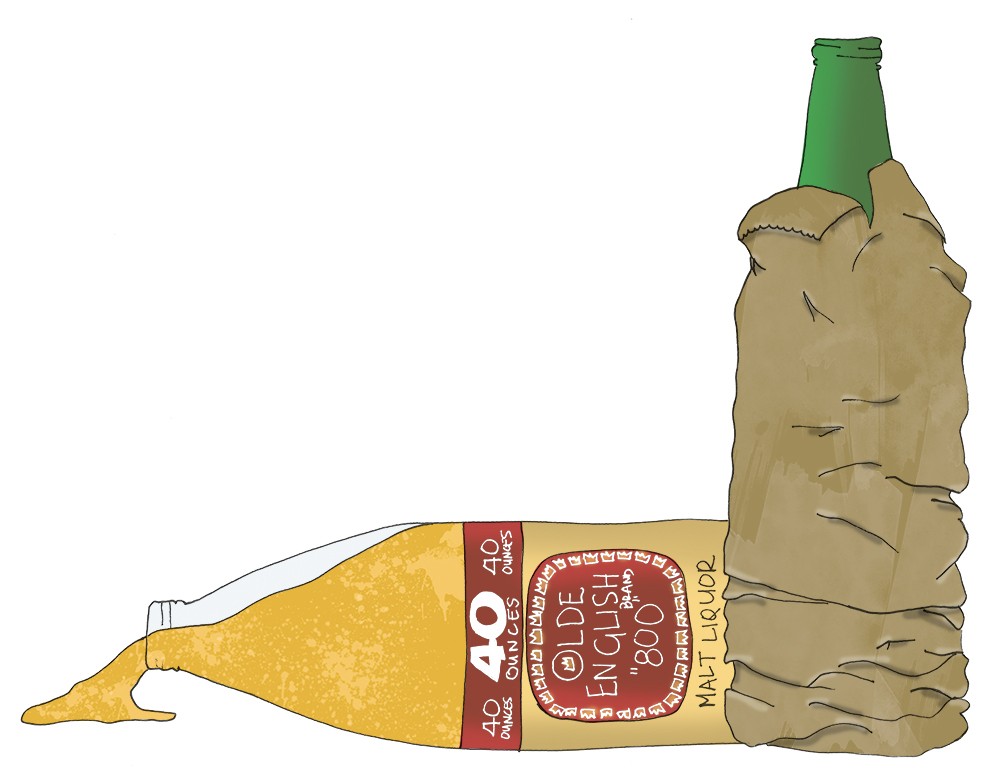 Countless songs have been written about it.

Chuck D, the rapper of Public Enemy fame, objects to it so much that he filed a lawsuit over being associated with it. Local governments, including Spokane, have taken action against it. With an amber hue, it has a slight resemblance to gasoline, and it tastes just a bit better.

Favored by street drinkers, '90s gangster rappers and other less-than-favored social segments, malt liquor is the pariah of drinks.

But when brewing companies started to introduce the American public to the potent libation, they took pains to present it as a classy beverage.

"The brewing industry is about to bring forth a sudden rash of new products occupying the 'twilight zone' between beer and liquor," reads a 1964 story that appeared in the New York Times business section. According to the article, these early incarnations of malt liquor featured names like "Gentry," "Country Club" and "University Club."

The image projected by brewing industry marketing departments began to shift almost as soon as it hit the shelves. By the late '80s, groups involved with minority issues began protesting malt liquor makers, claiming that they were deliberately targeting blacks and Hispanics. In the 1990s, the 40 oz., almost too big for one hand and big enough to get you tipsy for a few bucks, became infamous through rap lyrics.

Now, as is true in many cities, you can't buy it in large swaths of Spokane. East Central and downtown Spokane have been deemed Alcohol Impact Areas by the state Liquor Control Board, meaning that stores in these areas have to stop selling malt liquor and other low-cost high-alcohol beers and wines favored by street drinkers.

According to a LCB report, Spokane sees an influx of "transient chronic public inebriates" in mid-April. While these restrictions on where they can buy their alcohol are making the situation more manageable, according to LCB reports, some are just getting their drink of choice elsewhere.

Just ask Shaunda, a clerk at a liquor store just across the Division Street Bridge from downtown. Beginning at around 8 am, she sees "transient chronic public inebriates" who go straight to the malt liquor that's tucked away on a bottom shelf in the store.

"They seem really nice," says Shaunda. She has developed a rapport with the regular "transient chronic public inebriates," who are easy to get along with. "It's pretty much the way you treat them."

They tell her that they come across the bridge to get their malt liquor. She's not sure where they drink it, but the store goes through 10 to 12 cases a week.

Despite efforts to suppress it or restrict how it can be marketed, brewers won't give up on this powerful drink. Neither will its drinkers. ♦